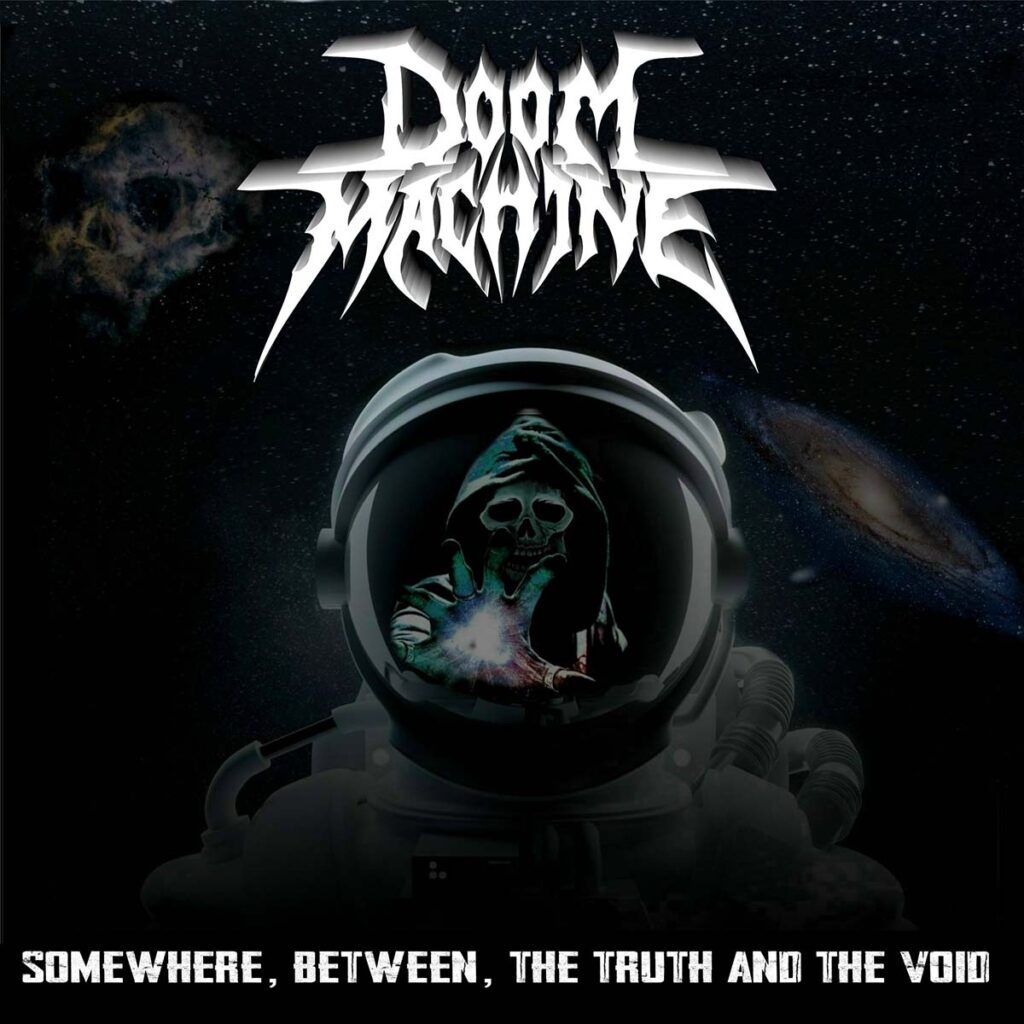 Nova Scotia’s melodic, doom metal act Doom Machine will be releasing their sixth full-length album, »Somewhere, Between, The Truth And The Void« on March 11, 2022.

The album will be the first since 2018’s »The War Inside« and the first with guitarist Ryan Embree who joined right after that album’s release. “That album never really had a chance to be promoted,” says bassist/singer Bill Arsenault. “We had to drop 2 shows and it would have taken months to get show ready. I figured it was better to just step back and restart from scratch and work on something new.” This album was completely written by the end of 2019.

The album is also Ryan’s first major recording project. Ryan says “I always knew recording an album was a challenge by watching other bands do studio documentaries, but never knew how picky you have to be until Bill would look at me and go ‘That was great. Do it again’.”

A large factor that makes this album unique is it’s 4 title tracks. “That wasn’t the way it started” adds Bill. It was supposed to just have the 2 title tracks: »The Truth« and »The Void« which would bookend the album but then I wrote »Somewhere« and finally »Between« so the album title ended up more than just a line that described an overall theme.”

Many bands used the 2020 Covid restrictions as way to be more productive but it actually slowed down the release of this album. “Ryan had just moved to New Brunswick right before they closed the border so we were completely stuck for about 8 months. When they opened back up we were able to start hammering out the recording and get this thing done.” 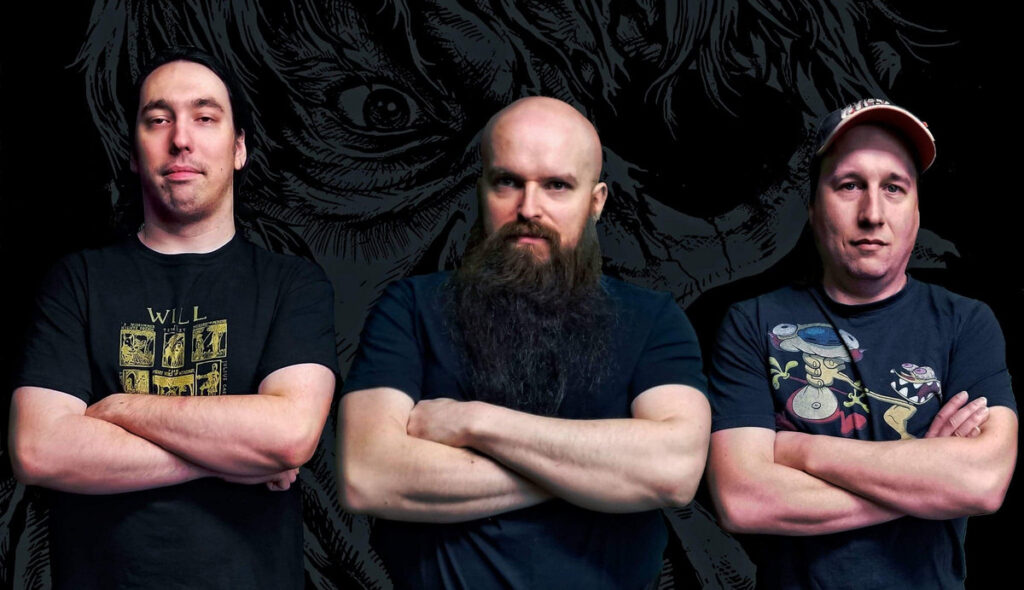 The band released one track ahead of the album on Dec 3, 2021 called »Broken Crown« which is already the band’s second most streamed song. “That one was a complete fluke that started as a missed chord,” adds Bill. “I loved the sound of it and we did an Alice In Chains type vocal on it and it worked out really well. It’s one of my favorites.” As for favorites, Ryan has a couple other picks: “My favorite on the album is a toss up between »The Truth« and »The Void«. »The Truth« was the first song I ever helped write for the band and probably my favorite solo on the record.”

The album will be available on all streaming platforms and can be physically ordered from doommachine.bandcamp.com.