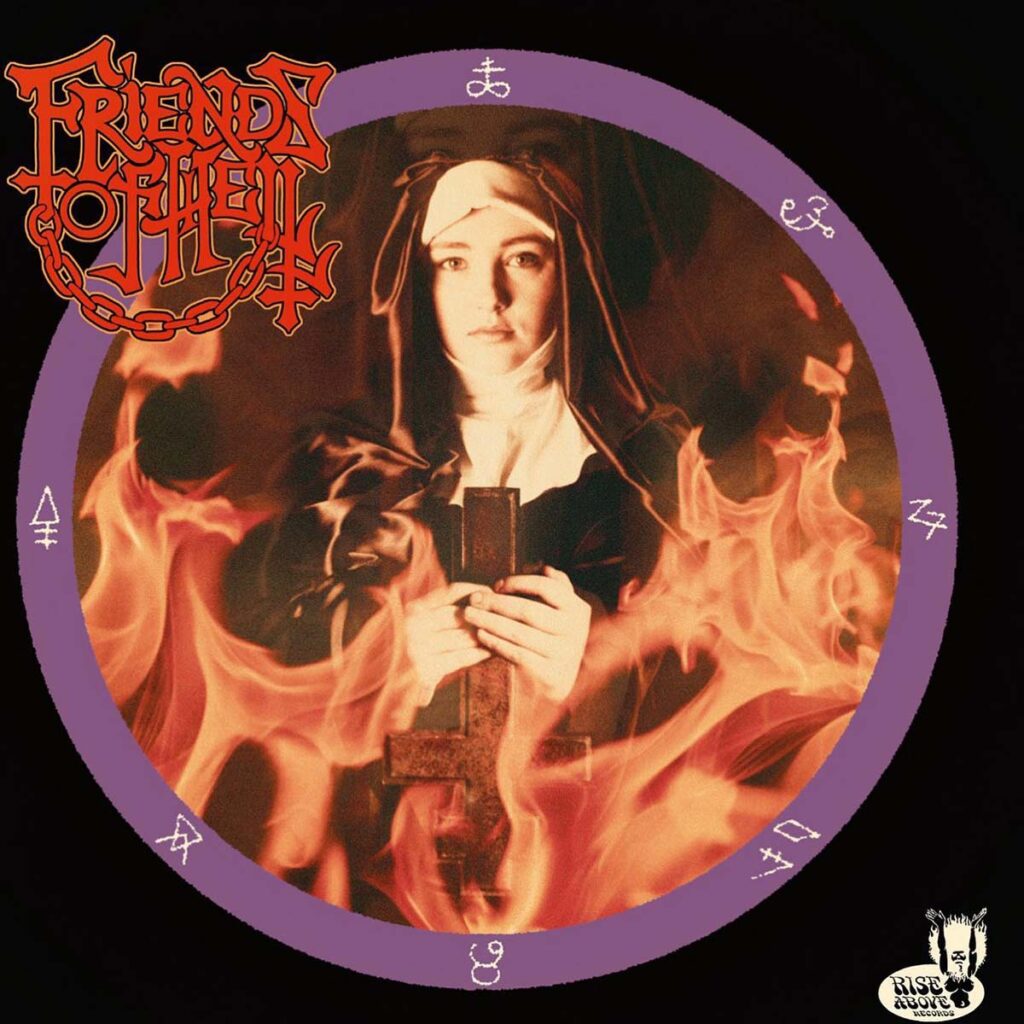 Are you feeling doomed yet? You definitely should be. As we wallow in mankind’s ongoing plunge into the abyss, Friends Of Hell have arrived to provide the perfectly monstrous soundtrack. The brainchild of underground diehard Tas Danazoglou (Satan’s Wrath/ex-Electric Wizard), and featuring the revered vocal talents of Finnish doom legend Albert Witchfinder (Opium Warlords/ex-Reverend Bizarre), Friends Of Hell are the thuggish, gruesome antidote to modern metal’s blank-eyed sheen. This is the real, filthy deal, executed by musicians with pure and noble intentions.

“I had the original idea to form a band with Jondix (FOH guitarist) as we’ve shared this vision ever since we met in the early 2000s,” says Tas. “Whenever I make a band I think about my friend Taneli for bass, if the bass position isn’t already taken by me! Having known Albert from years ago, from the Electric Wizard days, he instantly came to mind as singer. We all talked about the band and agreed upon the direction we wanted to take. We’re all into the same stuff, more or less, when it comes to heavy metal.” 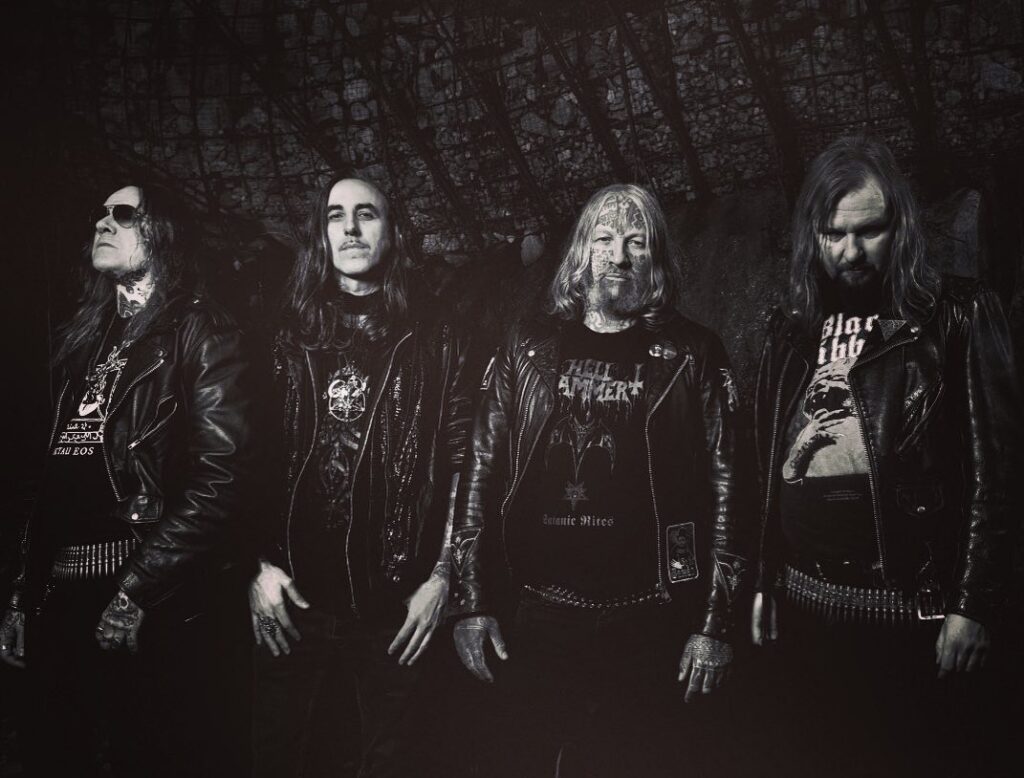 This new and unapologetically gnarly evocation of heavy music’s scabrous first principles is born in full-blown and fervently grim splendour on the band’s self-titled debut album. Friends Of Hell draws from the most seminal of doom sources, saluting the great works of Pentagram, Candlemass, Saint Vitus and Cathedral along the way. But something nastier and grubbier lurks within the Friends Of Hell sound: a viscous, blackened streak that owes its leathery scars to Venom, Bathory and Hellhammer. The resultant hybrid makes perfect, horrifying sense, as songs like rampaging opener Out With The Wolves and the harrowing crawl of Gateless Gate conjure devilry, disgust and riff-driven destruction in equal measure. Heavy as hell but defiantly gritty and underground in spirit, Friends Of Hell avows that the old school is the only school.

“Our goal was to make a very good heavy album in the same vein as the bands we love,” explains Tas. “My vision of heavy music has always been the same – raw and unpolished! We are not really into any modern metal. We grew up with classic heavy stuff and it feels natural to us to play like this. We are all in our 50s, you know!”

Bursting at the seams with killer riffs and moments of cudgelling violence, Friends Of Hell’s first full-length is also an authentically unnerving and disquieting voyage into the hellish dark. From the mystical and morbid »Into My Coffin« to the demonic squall of »Belial’s Bell«, these are songs steeped in macabre imagery and the pitch-black language of the true underground.

“Yeah, the lyrics are influenced by 70s horror movies, satanism, death and torture,” says Tas. “In our opinion when you play heavy music there’s only a few paths you can go down with lyrics. We don’t like personal stories or social/political subjects in this kind of music. We like dark and epic stuff on a grandiose level.”

Not just one of the finest and fiercest doom metal records in recent memory, but also a subtly subversive twist on that arcane formula, Friends Of Hell once again confirms the timeless nature and the unerring, infernal power of The Riff. Not surprisingly, Tas feels exhilarated and inspired by his new band’s first recorded efforts, and has plans to take these crushing slabs of evil doom to the helpless, perpetually doomed masses. When the end is nigh, everyone needs a friend, right?

“We have a deal with Rise Above Records for three albums and we will be a touring band if the conditions are good,” Tas concludes. “Everyone in the band is extremely busy with jobs and other projects, but we love what we created and are going to give it all our passion and the time it needs. We’re all veterans and have played in may bands in the past, but this one feels very special. We are ready to strike!”