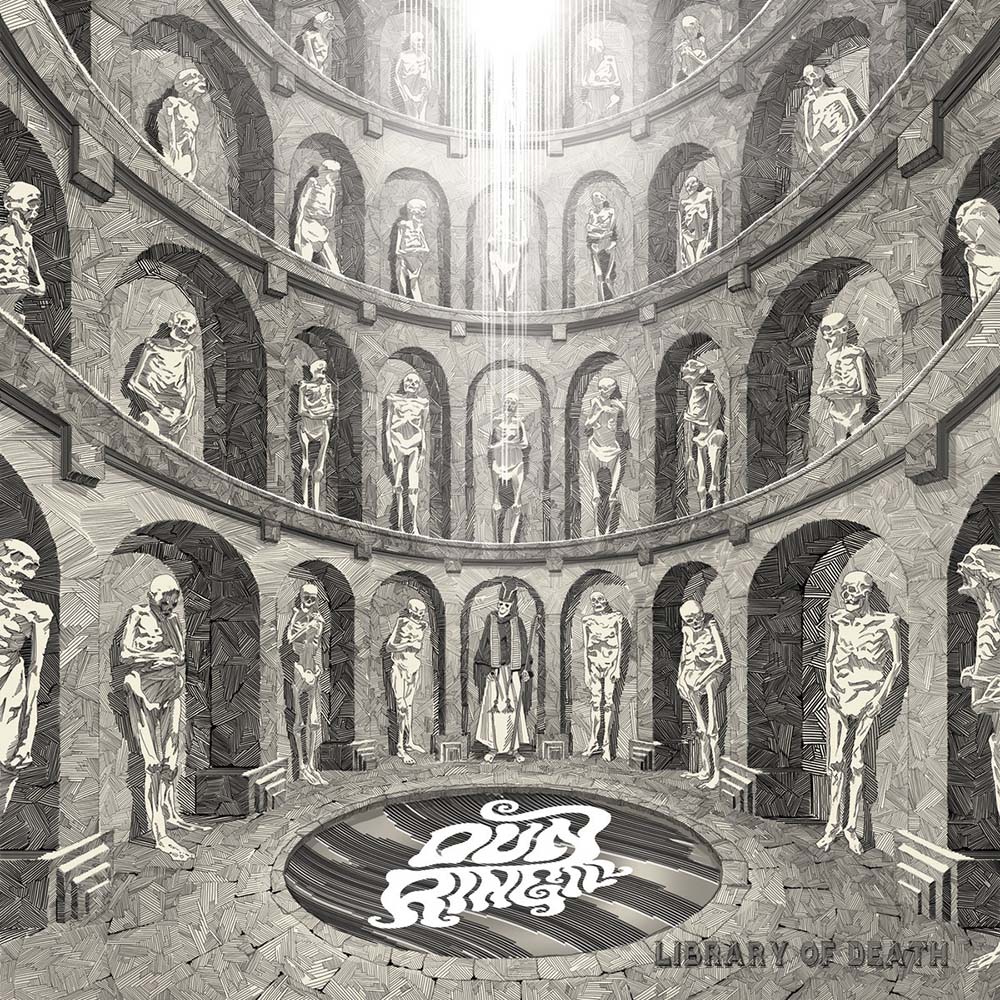 Swedish doom metal band Dun Ringill premiere a lyric video for the title track off their forthcoming album, »Library Of Death«, set to release on July 31st, 2020 via Argonauta Records.

Dun Ringill is a new band featuring members of The Order Of Israfel, Doomdogs, Intoxicate, Silverhorse, Lommi and SFT. Their music and lyrics are inspired from evil and darkness.

Dun Ringill’s new album will dig deeper into the soil of Nordic folk music and at the same time, it is even darker, rawer and heavier than their debut. Recorded with mastermind Joona Hassinen at Studio Underjord and Grand Recording Studio during the winter of 2019, with »Library Of Death« the band creates a haunting vibe of the evil wilderness and the dark woods lurking around the corner.

The album was arranged in a basement in the grey parts of Gothenburg while the lyrics were written on the high and mighty mountains of Norway. This special combination gives this album its unique aura of a beautiful darkness and malevolent feelings, that will follow you into your dreams…

The artwork for »Library Of Death« has been created by Henrik Jacobson / Art of Henk and is inspired by the lyrics from the album. Dun Ringill’s forthcoming record will also feature songs with guest musicians such as opera singer Glenn Kjellberg, Per Wiberg from Kamchatka and formerly Opeth and Candlemass, Matti Norlin (Lugnet) and Philip Lindgren (ex-Hypnos).

When The Order Of Israfel took a one year break from September 2017, the rhythm section Patrik Andersson Winberg (Bass) and drummer Hans Lilja (also in Lotus) grabbed the chance to create new music again together with Patrik’s old band mate from the Doomdogs era, Tomas Eriksson (Intoxicate, ex-Grotesque). To make this exciting project of Dun Ringill as great as possible, the band teamed up with Gothenburg’s fella musicians, guitarists Tommy Stegemann (Silverhorse), Jens Florén (also in Lommi & former live guitarist for Dark Tranquillity) and Patric Grammann (SFT, Neon Leon). After the band released their critically acclaimed debut, »Welcome«, in March 2019 – followed by several gigs and tours with acts alike Church Of Misery, Year Of The Goat and Elder to name just a few, their new studio album »Library Of Death« will be seeing the light of day on July 31st on Argonauta Records. With a pre-sale and more tracks to be unleashed in the weeks ahead, the band is currently also preparing for a heavy live schedule to hopefully follow more than soon.