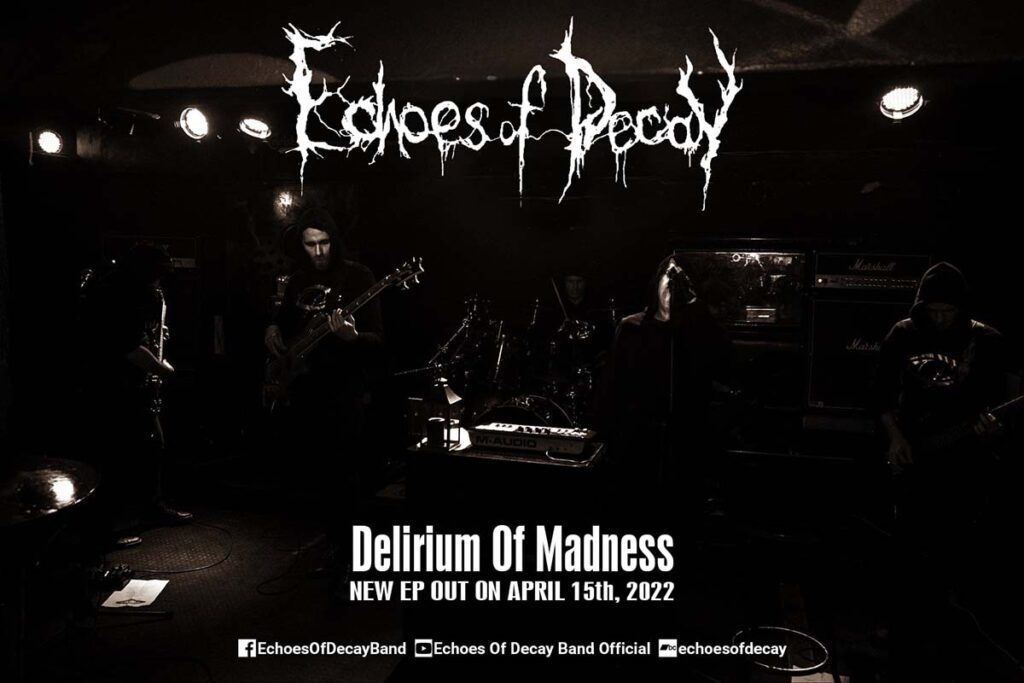 All music and lyrics by Echoes Of Decay.
Recorded, mixed and mastered at Infected Studios in Thessaloniki.

Echoes Of Decay were formed in December 2017 in Thessaloniki with the aim of composing original material and exploring new musical paths. The main influences of the band is the atmospheric doom/death scene of the 90’s but also the atmospheric, dark and experimental sound regardless of the label. In December 2019, the self-released debut album »Dive Into Darkness« was released. The band is currently preparing to release the EP entitled »Delirium Of Madness«. The release date is April 15th, 2022.

The single »Lunacy’s Crescendo« is included in the EP.