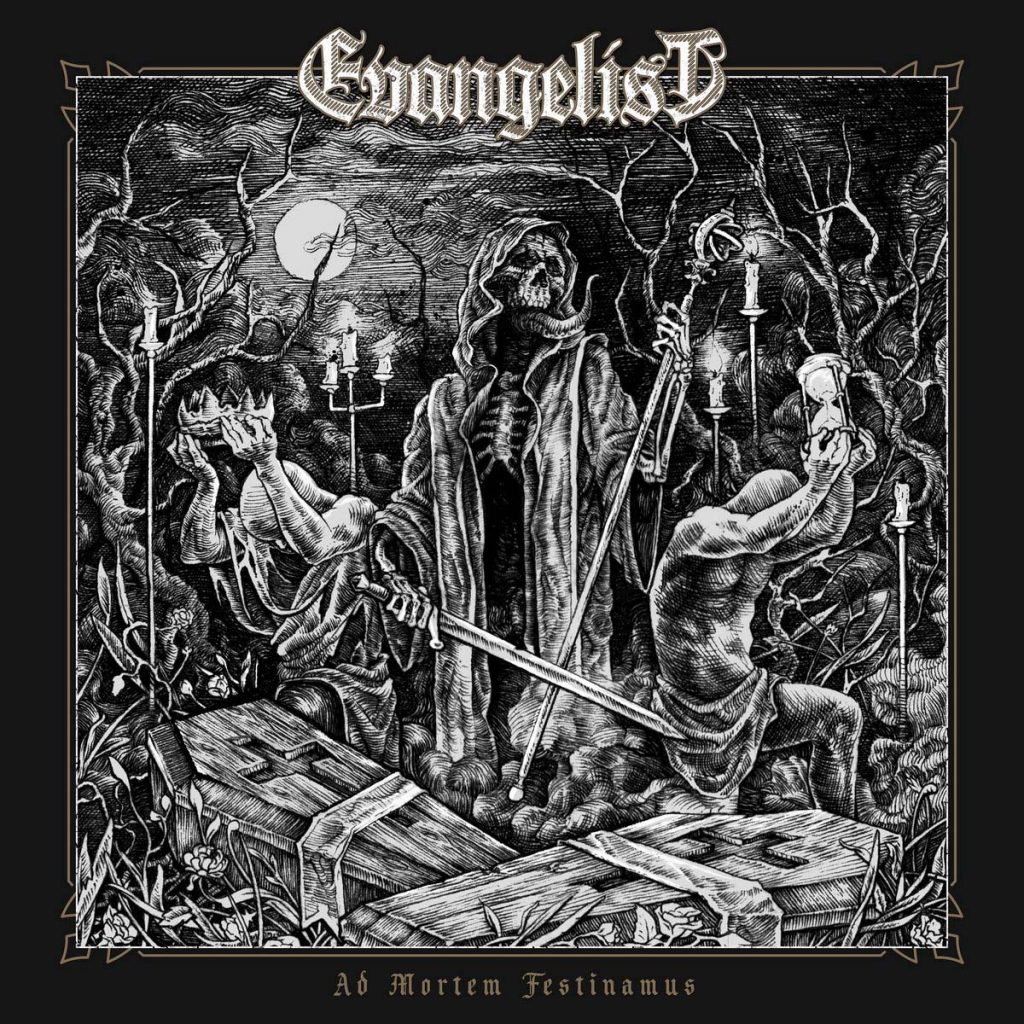 Polish epic doom metal band Evangelist stream the second track »The Puritan« taken from their upcoming EP, »Ad Mortem Festinamus«, which will be released on December 18th, 2020 via Nine Records.

The band comments: “We are opening preorders for »Ad Mortem Festinamus« CD and digital on our Bandcamp page, along with a couple of new items from our armory. As usual, vinyl is delayed, it will be available as soon as we have it in our hands.
»The Puritan« is also unleashed today for Your hearing pleasure, rejoice! DOOM WILLS IT!”

In times of doom, Evangelist returns with songs of death and destruction. The band was first started in the spring of 2008, with inspiration mainly coming from the obscure epic metal scene in the U.S., epic doom metal pioneers and metal classics in general. Major lyrical inspiration came from the twisted minds of R.E. Howard, H.P. Lovecraft, history, religion and spirituality of the ages gone by.

Their debut album, »In Partibus Infidelium«, was recorded between 2009 and 2011 and released in June 2011 by PsycheDOOMelic Records. Their sophomore record, »Doominicanes«, was recorded between 2012 and 2013 and released in May 2013 by Doomentia Records. In October 2014, a collaboration with Capilla Ardiente troops was revealed in the form of the infamous Capilla Ardiente/Evangelist 12” split on which Evangelist delivered their own version of Mayhem’s classic »Freezing Moon«. In December 2018, after a short hiatus, their third album, »Deus Vult«, was released by Nine Records.

Almost one year later, recording sessions began on two new songs, as well as a rendition of one of Manilla Road’s finest tracks, »Mystification«. These three songs were paired with another three tracks recorded during the »Deus Vult« recording sessions, and will ultimately be released as an EP, entitled »Ad Mortem Festimaus«.