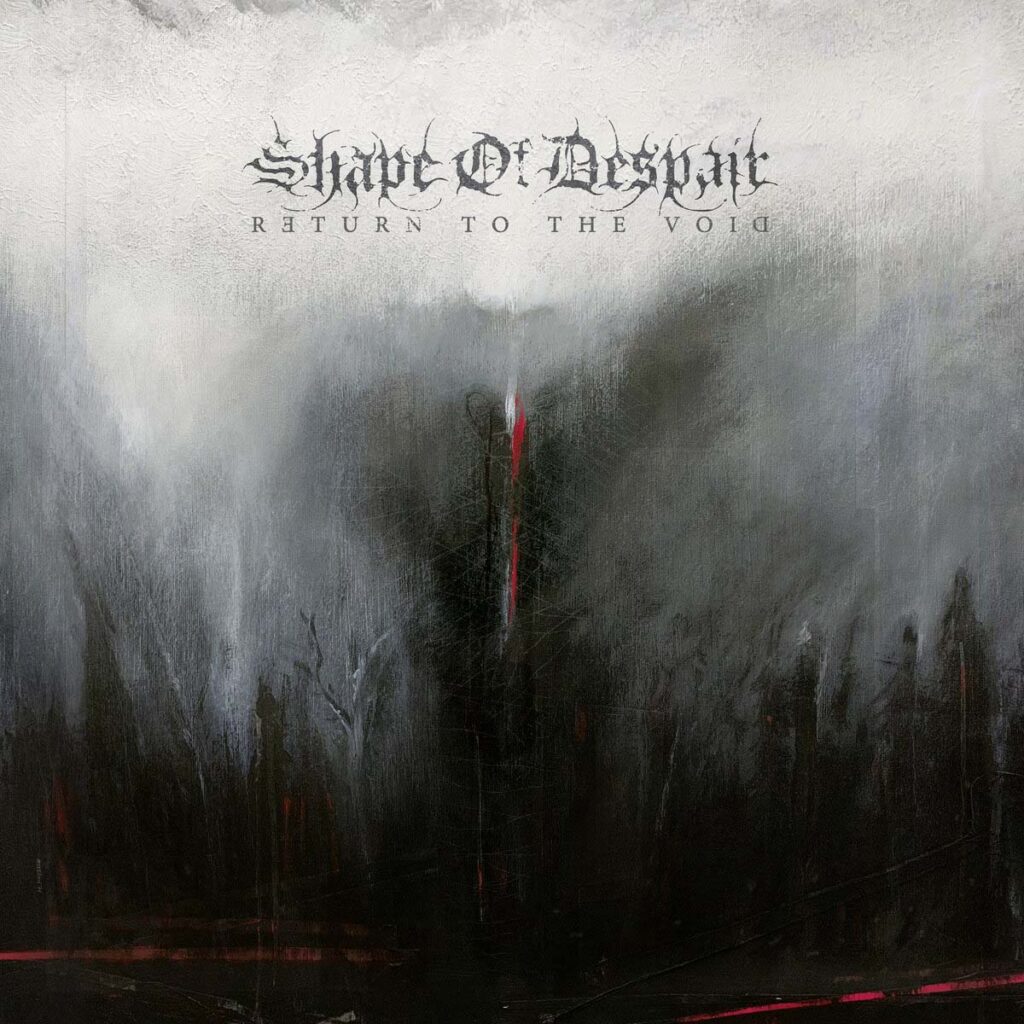 Helsinki, Finland based funeral doom metal act Shape Of Despair share a visualizer video for the new single »Reflection In Slow Time« taken from their upcoming full-length album, »Return To The Void«, set to release on February 10th, 2022 via Season Of Mist.

Finnish funeral doom icons Shape Of Despair return from the wintry Nordic gloom on their new album, »Return To The Void«. Between the success of the majestically downtrodden »Monotony Fields« (2015) and today, the members of Shape Of Despair have been composing (glacially) and otherwise ensconced writing/performing with their other projects like Finntroll, Impaled Nazarene, Throes Of Dawn, and Counting Hours. The Finns have never been or found the need to be prolific, however. The race into the cold darkness is a contemplatively unhurried task. »Return To The Void« is musically and thematically that same journey, one of perpetual solitude and aching hopelessness, driven straight into the heart of frigid twilight. As ever, this is cheerless music for sunless days.

“Not long after »Monotony Fields, I started composing for »Return To The Void«,” says guitarist/founding member Jarno Salomaa. “At first, the title song sounded too primitive. I thought I would make a solo album out of it, but after a while, the song reminded me of older Raven material. Naturally and eventually, it started to feel like a Shape Of Despair song.” 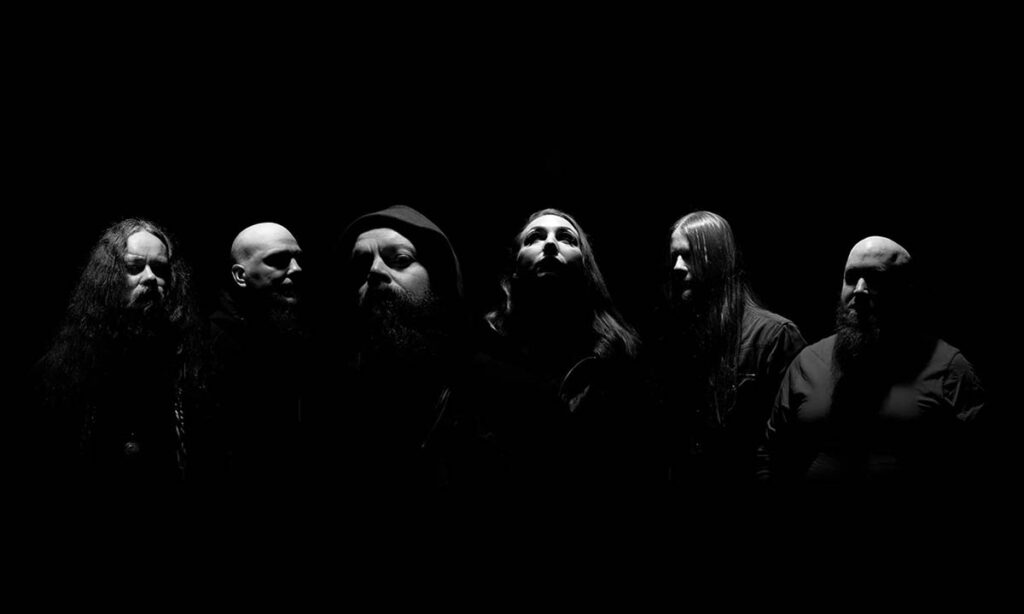 Shape Of Despair was formed out of the ashes of Raven in Helsinki in 1998. Actually, the transformation into the present-day moniker wasn’t as violent as it sounds. A simple name change – initiated by Salomaa – coincided with the Finns’ developing predilection for protracted if icy metal. Shape Of Despair’s grand debut, »Shades Of…« (2000), was proof that the fledgling sextet’s stately doom was already ascendant. From there, the Helsinkians morphed in membership but continued their funereal march into legend with »Angels Of Distress« (2001) and »Illusion’s Play« (2004) before hibernating for almost a decade. While »Return To The Void« is the natural follow-up to »Monotony Fields« and represents over six years of songwriting development, the main narrative (and indeed the timely return of drummer Samu Ruotsalainen) is rooted in the past.

“»Return To The Void« isn’t the follow-up to »Monotony Fields« in the traditional sense,” Salomaa says. “As stated, the songwriting goes way back to the first music we put together for Raven. I will say my approach has changed after all these years of making music. I found new and different ways to shape the arrangements and my compositions. What matters most, I think, is that it still has the Shape Of Despair atmosphere.”

»Return To The Void« is no doubt Shape Of Despair. From the void-gaze of »Dissolution« and gelid beauty of »Reflection In Slow Time« to the collapsing cathedral in “Forfeit« and the void-fall that is the stunning title track, the Finns have outdone themselves, overcoming the heights of previous lighthouse tracks »Woundheir«, »Angels Of Distress« and »Sleep Mirrored« with surprising ease. Funeral doom is often narrow in scope, but »Return To The Void« defiantly opposes that with its massively scaled and forlornly inspired valleys and angelic (powered by Natalie Koskinen’s empyrean vocals) peaks. Coupled with Henri Koivula’s caliginous lyrics, Shape Of Despair provides a masterclass display of a genre expansive and filmic.

“»Return To The Void« is a title we thought would best describe the album,” says Koivula. “It is a return for us in many ways. We were heading [musically] towards early Shape Of Despair. Plus, Samu’s back in the band. Overall, my lyrics have a red line through them – a sense of solitude and depression. The state where you find that everything has lost its meaning. There is no past or future, only this one moment drifting near the firmament.” 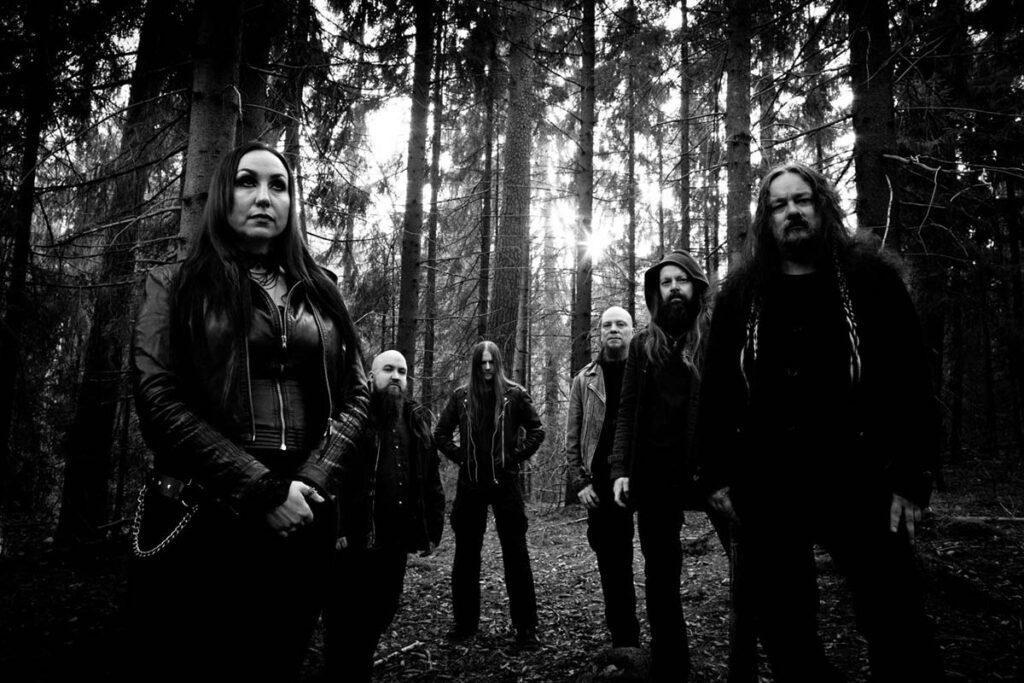 The »Return To The Void« project started in 2020 and continued through May 2021. Production duties were wrested from the previous producer Max Kostermaa and in-sourced to the band directly. Ruotsalainen, Salomaa, Koivula, and Miika Niemelä engineered, respectively, at Beat Domination Studios, D-Studios, and Doom Cave Studios. The group also looked inside their ranks for mixing, handing the job off to [drummer] Ruotsalainen (Finntroll, Metsatöll). The mastering was given to award-winning ace Svante Forsbäck (Volbeat, Rammstein) at Chartmakers West in Espoo. If the previous Shape Of Despair productions were huge, »Return To The Void« is unfathomably massive. One listen to »Solitary Downfall« and the album’s crushing egress »The Inner Desolation” and it’s readily apparent that Shape Of Despair have crafted a temple of sound to ruminate the cruelty of existence.

“We recorded the album on our own, which allowed us the freedom to record whenever and however long we wanted,” says Salomaa. “Everything was done in late winter, with the mixing taking place between February and March of 2021. We had a couple of weekends to mix with Samu, but most of it was done without us. The mastering was then finalized in May 2021. [The sound is] mainly raw but still heavy. The main focus was to keep our sound world intact. I think this album sounds the most accurate we’ve ever wanted our albums to sound.”

Shape Of Despair’s next steps are to release »Return To The Void« via Season Of Mist. The striking cover art via long-time design partner and silent member Mariusz Krystew (David Galas, Thor’s Hammer) is yet again a reminder that the Finns are as visually engaging as they are compositionally and lyrically. That they mixed old and new for »Return To The Void« is proof that there’s purpose and meaning to Salomaa’s ill-lit aesthetic. Once the album is released and protocols pending, Shape Of Despair hope to hit the road where they’ll pontificate their wintry despondency from the stage to audiences near and far.