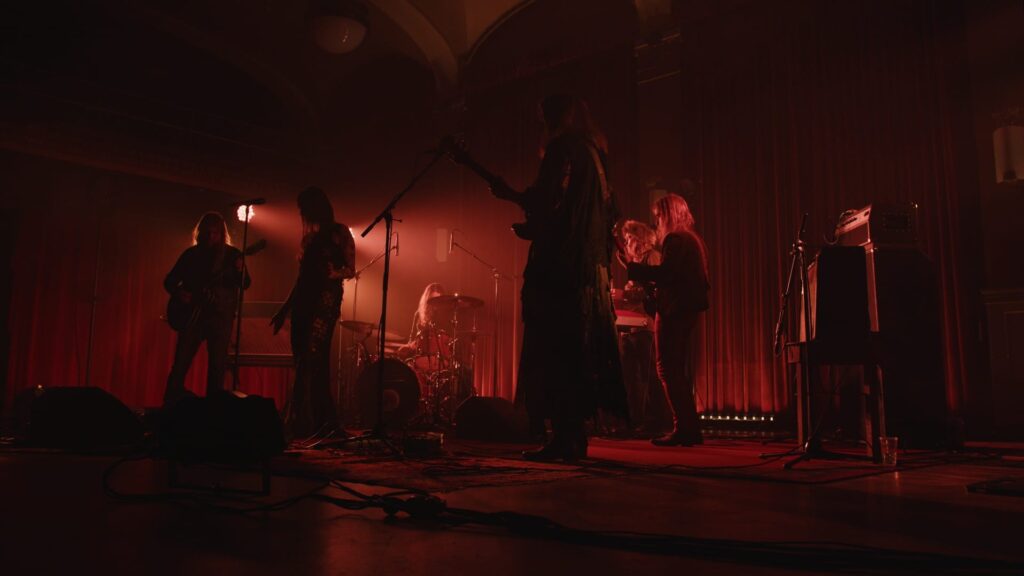 Says the band: “Our whole performance from Roadburn Festival 2021 is now available at YouTube. The set is our »Hymns For Wilderness« album from the beginning to the end. This was such a pleasure to do, hope you enjoy the show. 💫”

In April 2021 Dust Mountain performed their international live debut at the legendary Roadburn Festival, Redux edition as part of the »Svart Sessions«, and instantly captivated audiences around the globe with their shimmering, otherworldly harmonies. Inspired by 1960’s and 1970’s acts such as Fairport Convention, Pentangle, Jefferson Airplane, Coven and Linda Perhacs, with a soft touch of doom riffs and distortions, Dust Mountain’s joyous pagan gospel seeks pieces of a world hidden but not lost. 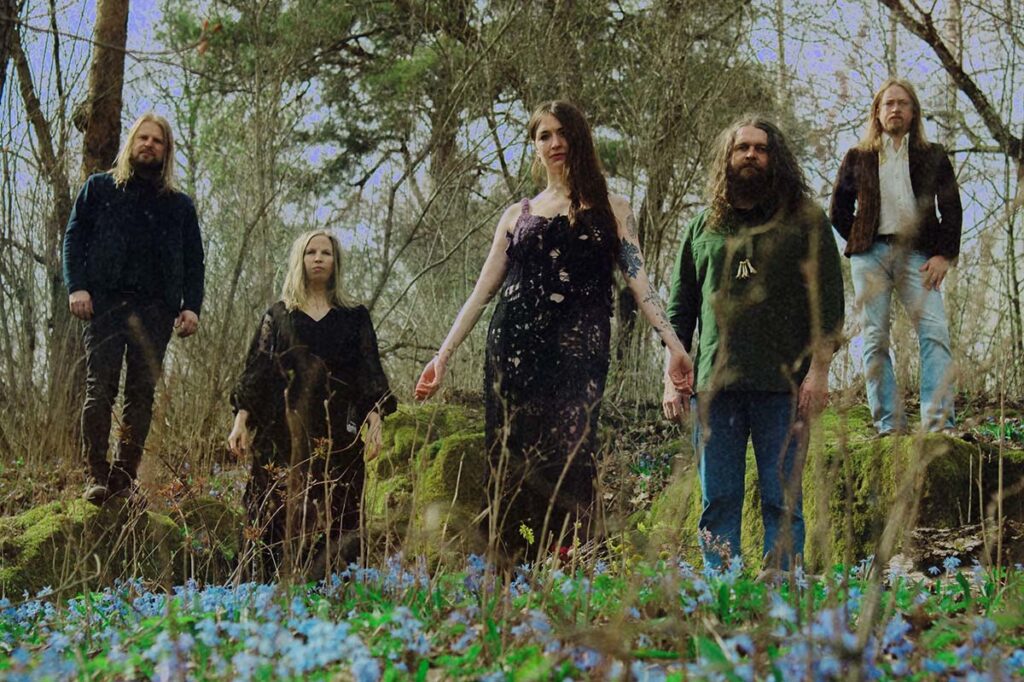 Their stories celebrate the connection to nature and ancient rituals, moving between fictional fantasies and true, close-to-heart beliefs, making »Hymns For Wilderness« a startling and outstanding debut record. The mandolin riff driven »Village On Fire« is a powerful theme for burning down unjust kingdoms, so kick back and let Dust Mountain blow their magic breath of fiery air through your mind now!