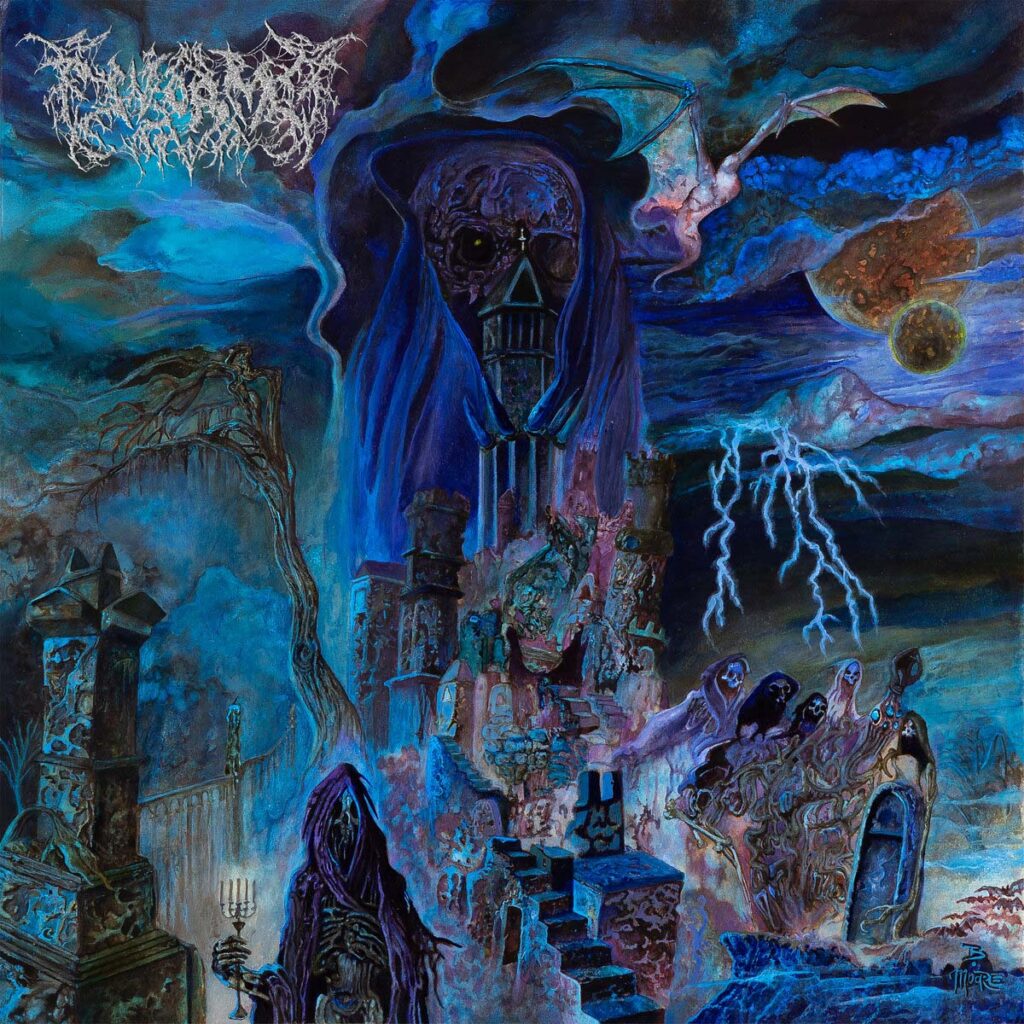 After the massive breakthrough of »Foreverglade« in 2021, the Floridian swamp winds stir again as Worm conjures the nocturnal evocation of »Bluenothing«. A four-track, twenty-six-minute mini-album, »Bluenothing« is an ominous nightside lament demonstrating where the always-evolving fog dwellers have been and the distant domains where they may yet venture.

The A-side of »Bluenothing« features two tracks from the mythic »Foreverglade« sessions that remained encased in the phantom crypts but are no less masterly than the latter’s ultimate six tracks. Indeed, the title track »Bluenothing« was at one time to be the album closer on »Foreverglade« and all the crushing weight and mysterious allure that made that opus a new classic remains on these two tracks. Yet these tracks also have the added dimension of pure necromantic shred via new guitarist Wroth Septentrion (Atramentus, VoidCeremony, Chthe-ilist, Hulder-live).

The B-side reveals a different yet complementary stylistic command, one alluded to in past incarnations and now fully actualized – that of the clandestine dimensions of black metal’s unfathomable darkness and shrouded mysteries. »Invoking The Dragonmoon« is a ritual gate opening into this obscure galaxy, while »Shadowside Kingdom« denotes the arrival to the remote twilight stronghold at the edge of blackness where Phantom Slaughter’s tyrannical celestial necromancy can flourish undisturbed by mortal disquiet and axe wielder Nihilistic Manifesto crafts a thousand spires of darkly cascading melodies. Simply one of the best symphonic black metal tracks since the style’s late-1990s apex.

And so, with »Bluenothing«, the »Foreverglade«-era of Worm is ceremoniously put to an end, and the next chapter in the fanatical saga opens… 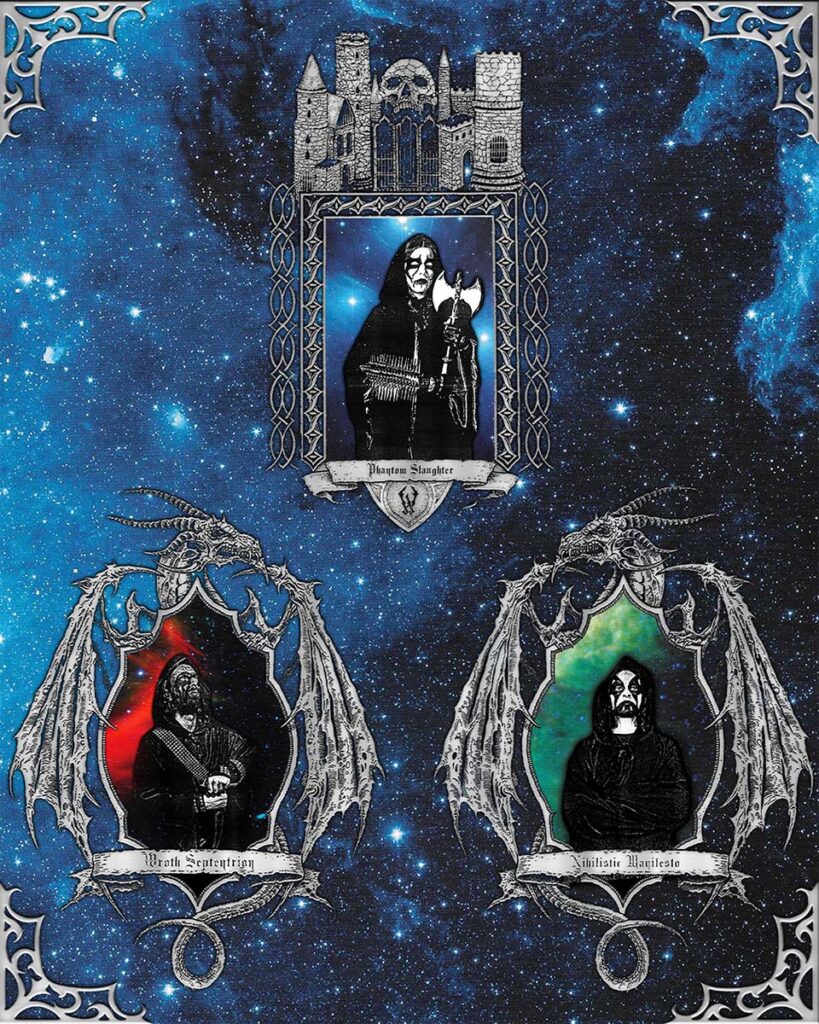 »Bluenothing« was mixed and mastered by Stevie D at Soundlab with additional engineering by Hughes Deslanriers. The cover art was created by Brad Moore, the Worm logo by Yuri Kahan, the »Bluenothing« title shield and interior art by Mark Riddick, the art and dagger by Mark Jarrell, the Draconian Sigil by Nightmare Imagery, and the Dragonmoon Throne frame by J. Slaughter. The band photos were xeroxed by Skograt, and the record’s layout/design was handled by Phantom Slaughter, J. Slaughter, and Chimere Noire.

20 Buck Spin will release »Bluenothing« on LP, CD, cassette, and all digital platforms on October 28th, the vinyl to include a huge 24×36 inch poster and standard insert. Watch for additional previews, preorders, and more to post over the weeks ahead.