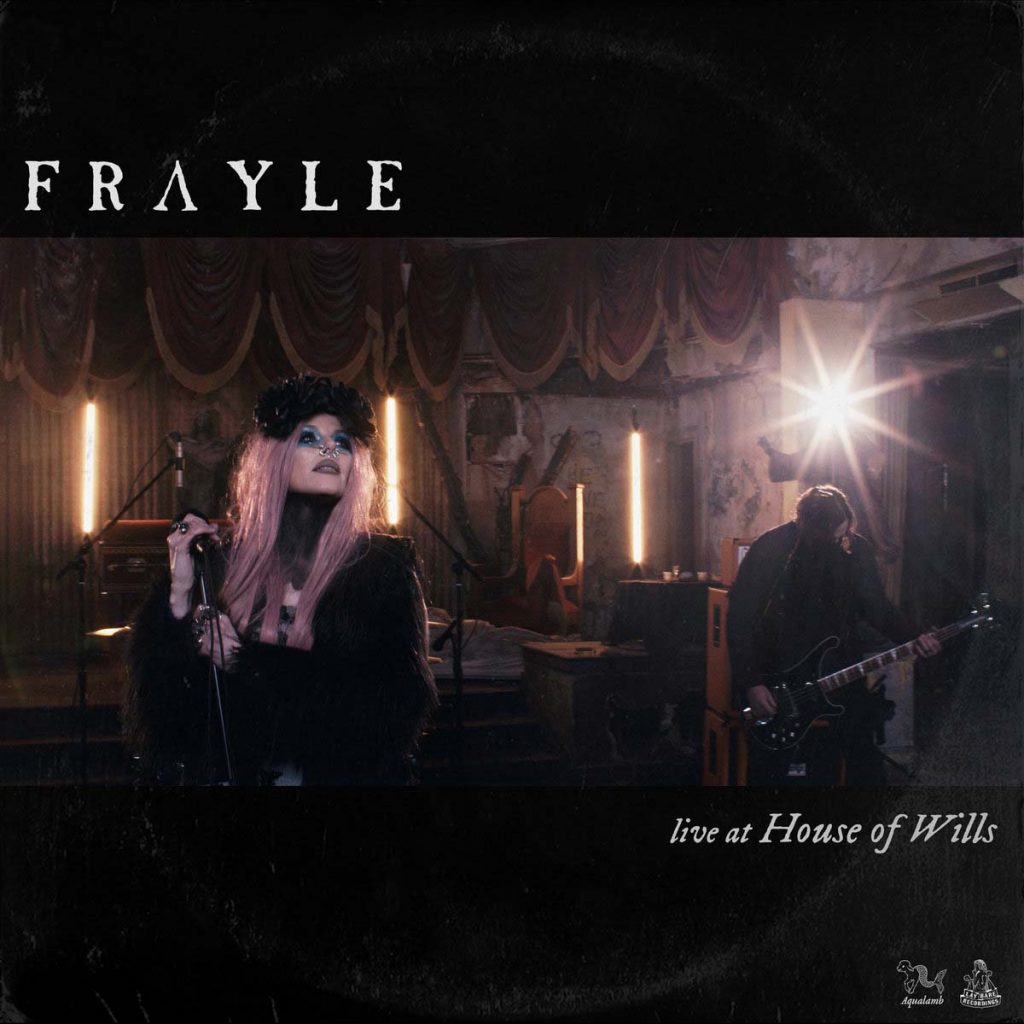 Cleveland, Ohio based doom metal band Frayle stream their live EP, »Live at House of Wills«, released on April 2nd, 2021. Recorded in the most haunted funeral home in the US.

Says the band: “Our »Live at House of Wills« EP is now up on all streaming platforms. If you dig it, head on over to our Bandcamp page and buy some music/merch like the olden days. You can also see video from this session on our YouTube channel. 💀🔮”

Frayle makes music for the night sky. The group was formed in 2017 by guitarist Sean Bilovecky (formerly of now-defunct Man’s Ruin recording artists Disengage) and vocalist Gwyn Strang, a singer with an alluring voice and an equally compelling flair for imagery. Frayle’s “lullabies over chaos” approach to songwriting allows the group the freedom to explore what is possible with heavy music; its gorgeously ominous sound a result of complex layering and tone stacking while simultaneously overseeing the perfectly delicate balance between heaving, heavy riffs and haunting vocal melodies. With its full-length debut, »1692«, Frayle pushes the immense intensity and gorgeous ache of its unique sound and style through to uncompromising new plateaus. While there is much darkness on the record, it’s also contrasted superbly with beauty, both fragile and fierce, in a way that feels weightless rather than plummeting, as if release truly is a possibility.

Complex layering and tone stacking is a hallmark of their music. Each musical element is thoughtfully composed resulting in a unique combination of midrange-heavy guitars, syncopated rhythms, and unexpected vocal progressions.

Gwyn tells stories of heart break, anger, hypocrisy and resolution, asking the audience for empathy, and in turn inspiring vulnerability.

Drawing inspiration from bands like Sleep, Portishead, Beastwars, Blonde Redhead, Kyuss, Massive Attack, Down, Chelsea Wolfe, and many more, Frayle exists at the intersection of doom and dream pop.