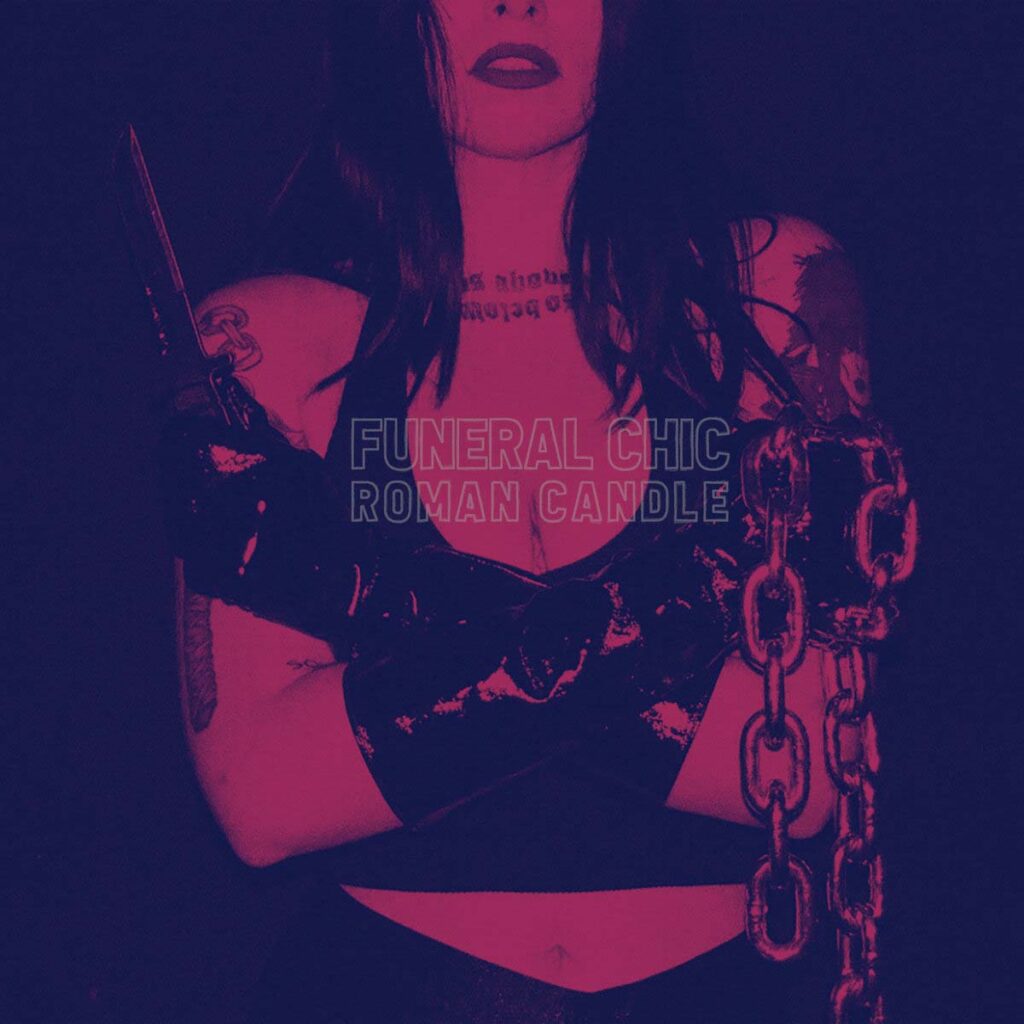 »Last Line Blues« will be available on all streaming platforms this Friday (July 8).

Speaking on the single, Funeral Chic comments: “This track is kind of the heartbeat of the record for us. It’s definitely a departure from our usual sound – even among the new songs – but it felt like the best way to express that sort of anger and melancholy and disquiet you feel while watching society eat itself. Also, saxophone.” 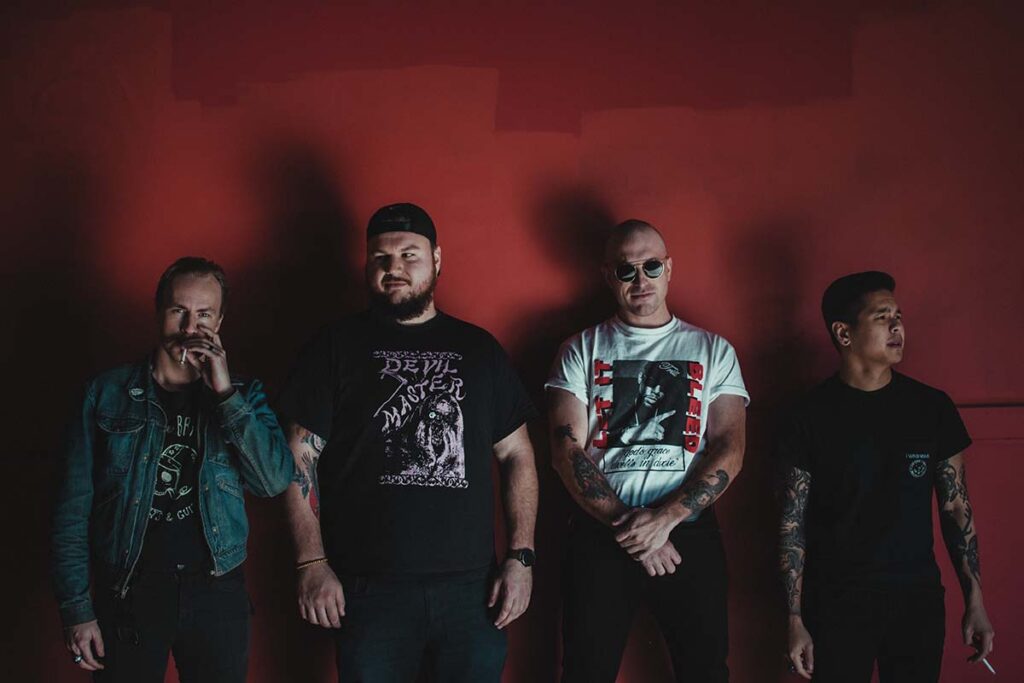 Holding no desire to make the same album twice, Funeral Chic have eschewed the punk-led powerviolence that informed their previous work and have embraced the great tradition of American rock and roll on »Roman Candle« – without compromising their distinctive component parts. The swagger of proto-punk forefathers The Stooges and The New York Dolls imbues the darkest, grittiest corners of their reinvigorated sound, and can also be found on their cover of Roky Erickson’s »Two Headed Dog«. The caustic energy of early thrash and black metal scenes is also present, flickering with unmistakable incandescence throughout.

Having previously led with their outspoken politics, this time the lyrics are refracted through a more personal – but no less fervoured – lens. With members of the band taking a path of sobriety in recent years, the knot of rage that was previously doused with alcohol has been channeled into the lyrics on »Roman Candle« instead. Ten tales of sweat and pungent aggression dripping into a powder keg of a global identity crisis weave throughout the album’s length.

Recorded at Legit Biz, in Greensboro, NC with engineer, Kris Hilbert, Funeral Chic guitarist, Robert Stroud, oversaw production, before the album was mixed by Matt Russell and mastered by Brad Boatright at Audiosiege. Throughout the process of creating »Roman Candle«, Funeral Chic has – without ceremony – sloughed away old skin to reveal something new beneath. The volatile and unpredictable experience of living in modern day America is distilled via the mercurial sound of aggressive punk, sleazy Americana, and raw heavy metal. »Roman Candle« marks the beginning of the next blistering chapter for Funeral Chic.