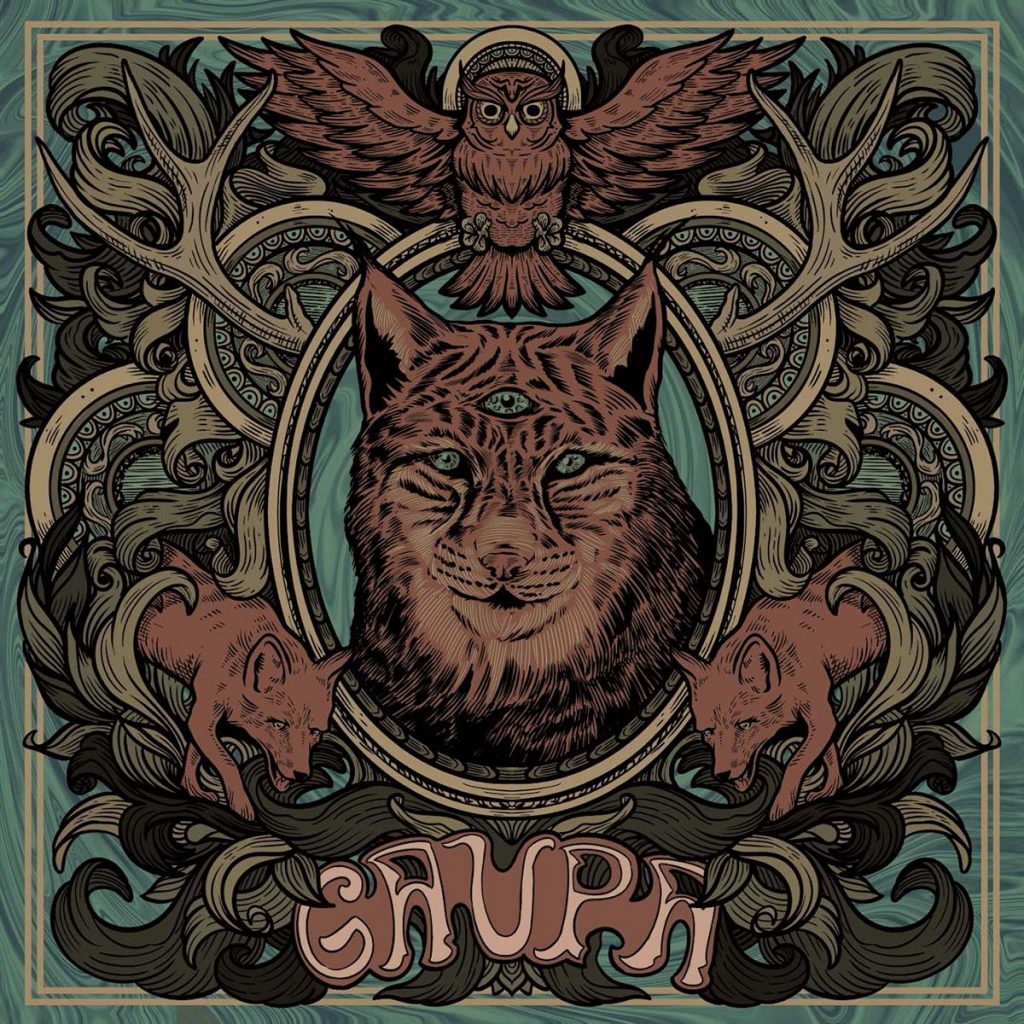 The band comments: “It’s alive!!!! Let the beast of our new single »Mammon« lick your ears and ring in the New Year!
Our most heart filled greeting goes out to ALL OF YOU who listen to our music ❤ We hope to see you out in the real world as soon as possible. Here’s to a better year: 2021!”

Recorded, mixed and mastered by Erik Berglund at Massiv Musik.
Produced by Gaupa and Erik Berglund with amazing support from Dalapop.
Released by Valley Music and Dalapop.
Artwork by Joan Belda.

Gaupa (lynx in swedish) is a rock band from Falun, Sweden. With surreal lyrics, an energetic singer, and a sound of progressive stoner rock with doom/folk/psychedelic influences, they released their debut EP in June 2018 and have already established an international name on the underground scene. »Gaupa« – their self-titled debut EP – was well received and the band did one of their first performances on Scandinavia’s biggest rock festival, Sweden Rock, and have been aired on different radio shows all over the world. Gaupa signed with german label Kozmik Artifactz and released the EP on vinyl in October 2019.

Gaupa released their first full-length album »Feberdröm« digitally and on vinyl through Kozmik Artifactz in April 2020.