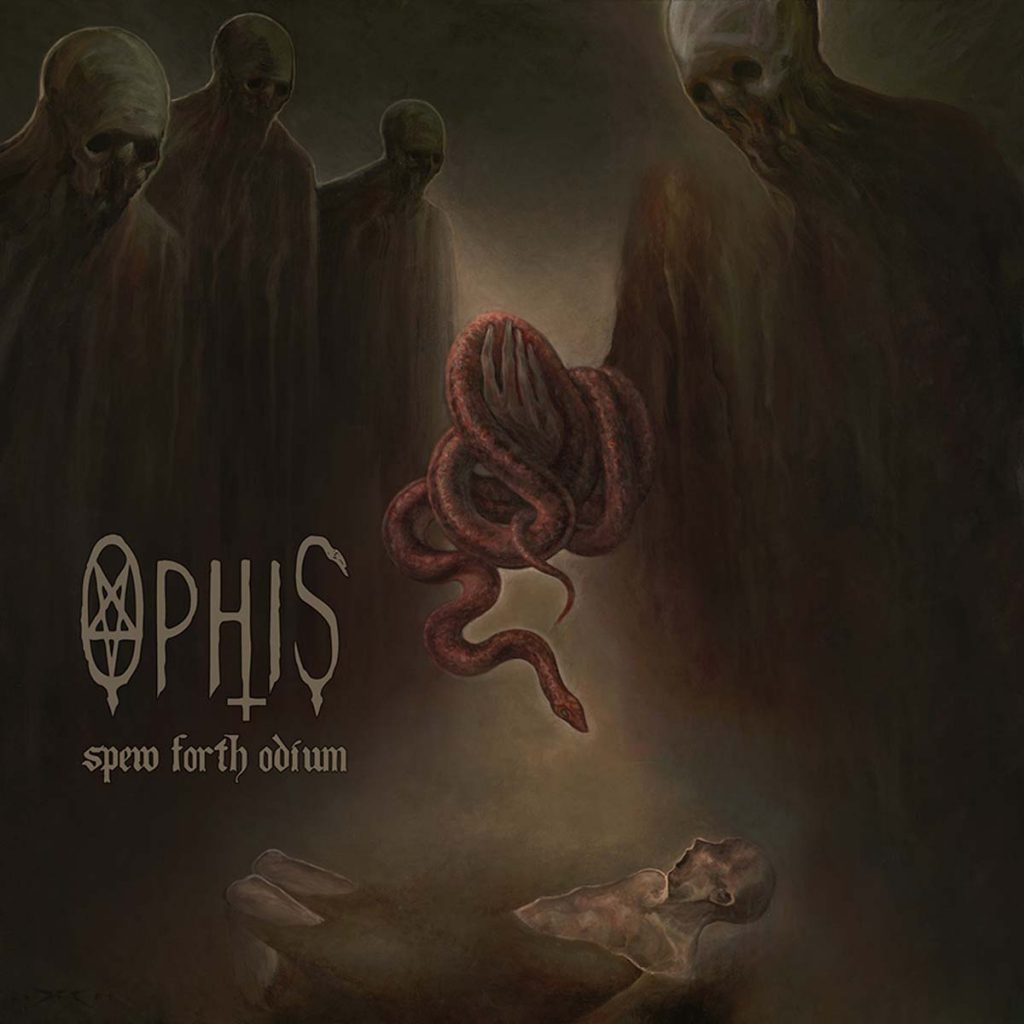 All music and lyrics by Ophis.
Mixed and mastered by Jens Ballaschke.
Artwork and layout by Ole Fink.

The band comments: “We are excited to finally announce the release of our 5th full-length album »Spew Forth Odium«!! 63 minutes of raw nihilistic death doom metal. We are very proud of the album and think it is a worthy addition to our catalogue – we hope you think the same!

Let us know! Thanks for your unending support!!!

Today the CD and all digital formats are released, LP will follow on December 17! A tape release will also follow.

You can buy the album at our Bandcamp store, our webshop, at our label FDA Records, Spotify, and every good retailer for metal records (Nuclear Blast, Napalm Records and many more).”

Could you tell me who is the most rotten funeral death/doom band? Ophis from Germany? Yep, you’re right. The band is back with their 5th full-length album. Six brand new songs in 63 minutes musical melancholy, the soundtrack of autumn and winter, sorrow, pain and doom.

Ophis about the new album: “It should be crystal clear that on our fifth full-length album we once again stuck tightly to our set course: as usual we shit as hard on any trends and fashion as politicians shit on social justice. At the same time, simple repetition of our earlier albums was no option either – this resulted in a very hard and cruciating song writing process, but we think we achieved what we wanted: an album that is 100 % Ophis, but still offers some new aspects in our music. 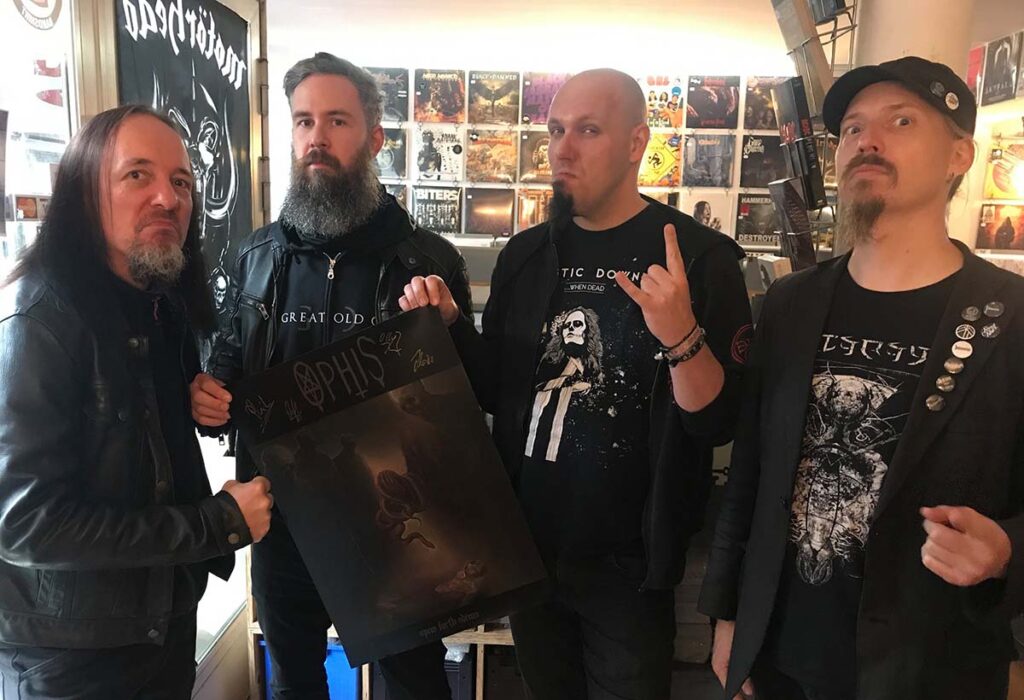 Our last album »The Dismal Circle« was probably the darkest, bleakest and slowest album we did so far. Since then, life has not been exactly kind to us, and we let this frustration flow into our new songs. We consider this album to be somewhat angrier and more aggressive than the last one – thus the title »Spew Forth Odium«. At the same time, there is also more contrasting fragility to hear.
Anything you ever liked (or hated) about Ophis, you will find here as well – but also a unique vibe in our catalogue, mainly brought in by our new members Floris and Ole!”

The new album called »Spew Forth Odium« was recorded at Blastbeat Productions Studio / Kiel, the drums were recorded, the album mixed and mastered by Jens Ballaschke at 3rd. A. Studio / Hamburg. The new drummer Ole is responsible for the artwork and layout.

»Spew Forth Odium« will be out October 29th, 2021 on CD and DL by FDA Records. Because of the messy situation and delivery time out of the vinyl pressing plant, the release date for the Double LP set to December 17th, 2021. 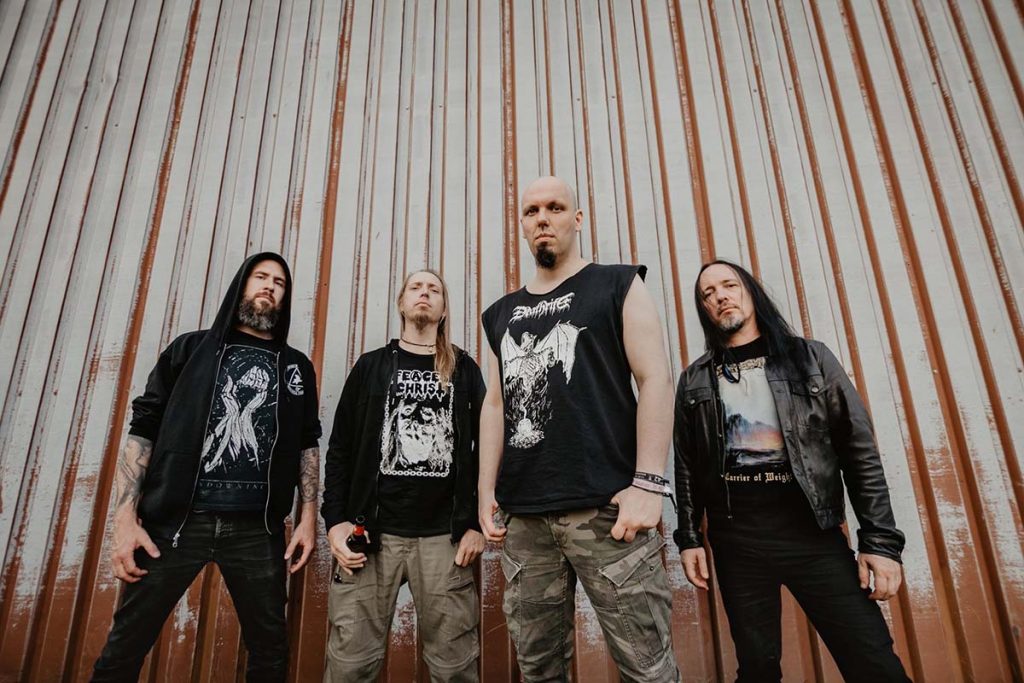