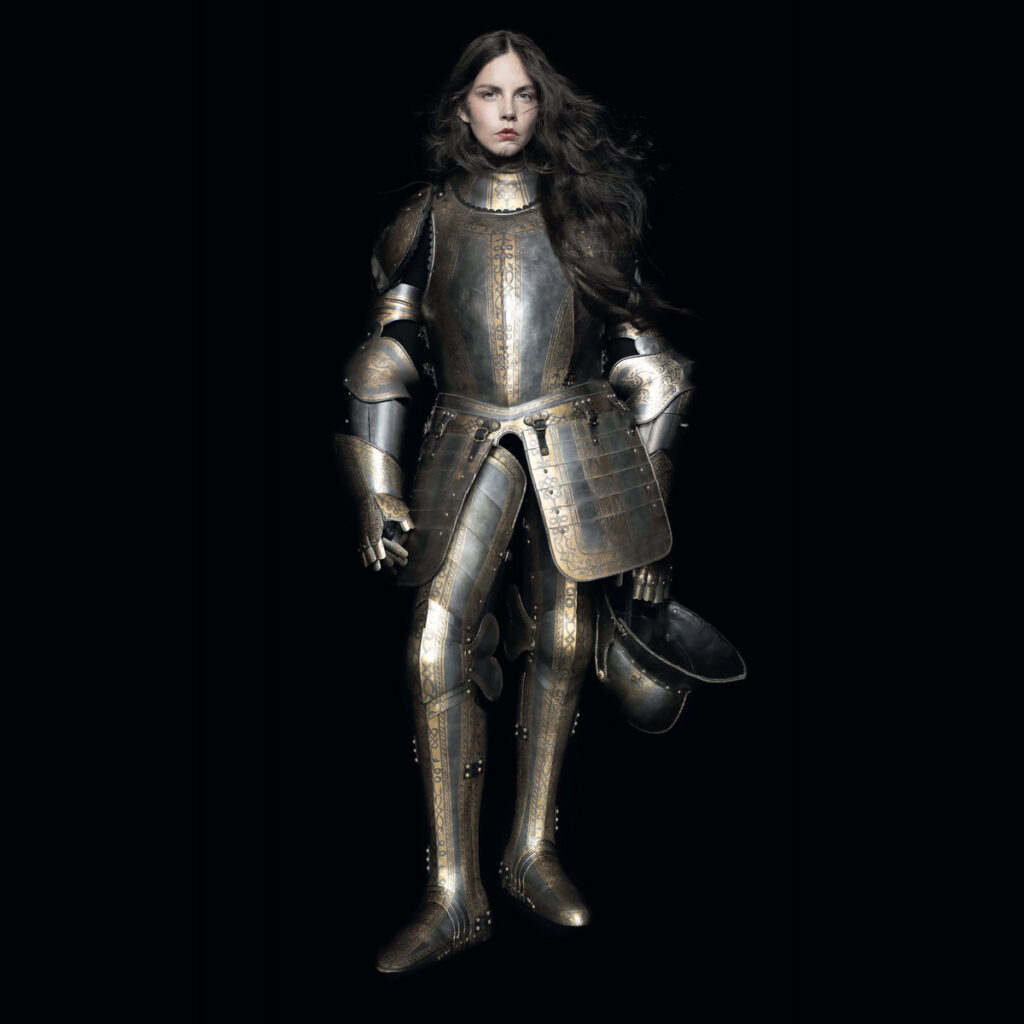 Gggolddd premiere the first single and video »Notes On How To Trust« taken from their new album, »This Shame Should Not Be Mine«, which will be released worldwide on April 1st, 2022 via Artoffact Records.

Vocalist Milena comments: “The new album tells the story of my personal experience with sexual assault. I was raped at the tender age of nineteen by someone I trusted and had fallen in love with. And it shaped me a lot. I’ve ignored my trauma and everything that comes with that for many years. It was easier to pretend it had not happened at all, than to accept it. The song »Notes On How To Trust« is about learning how to trust again after such trauma. When every boundary is blurry and every person you meet is a possible risk. It’s about trusting others but mostly trusting yourself.”

»Notes On How To Trust« is available now on all streaming platforms. 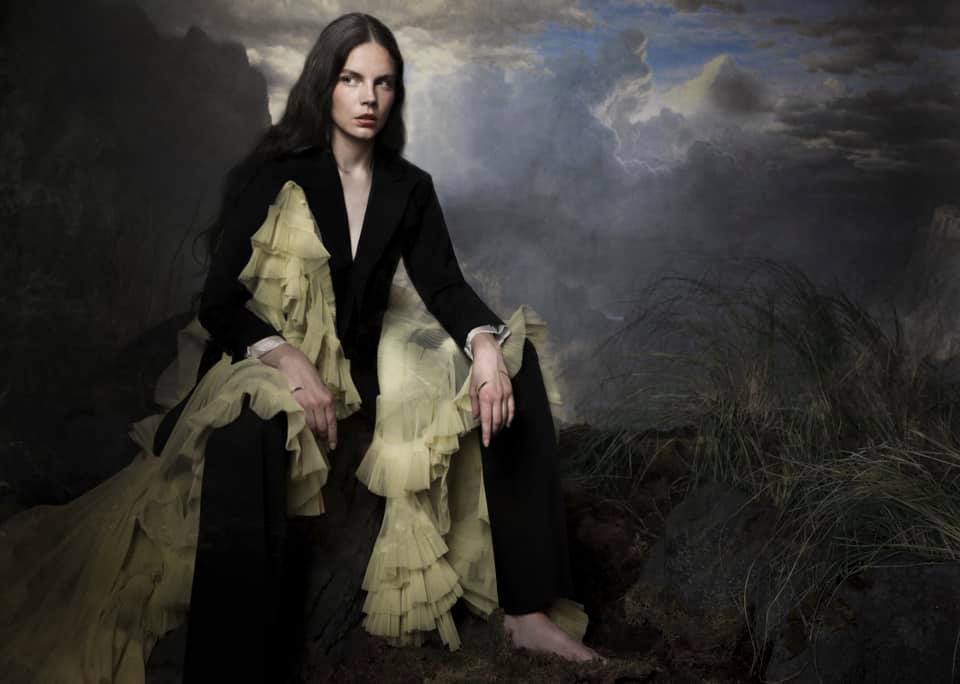 Dark alternative innovators Gggolddd announce fifth studio album, »This Shame Should Not Be Mine« – out April 1, 2022.

The band’s most ambitious and masterful work to date, »This Shame Should Not Be Mine« was conceived in the silence of 2020’s pandemic lockdown, partly as a way for Gggolddd lead singer Milena Eva to confront parts of her past and partly in response to the Roadburn Festival’s invitation to propose a commissioned piece for its 2021 online edition.

While the album tells the story of my personal experience with sexual assault, the song »Notes On How To Trust« is about learning how to trust again after such trauma. When every boundary is blurry and every person you meet is a possible risk, it’s a challenge to keep sane.
– Milena Eva

More About »This Shame Should Not Be Mine«:

In the silence of 2020’s lockdown, Milena Eva was confronted with parts of her past that had been long buried. Bubbling up to the surface, repressed memories and traumatic events pushed their way into her daily life until they could no longer be ignored. With no choice but to confront her past, she accepted its presence in the present, an unwelcome houseguest during already uncomfortable times.

Around the same time, Roadburn Festival approached Gggolddd to propose a commissioned performance for the 2021 online edition of the festival – and the opportunity granted Milena a creative outlet to process her emotions. Shortly before their Roadburn performance, Milena revealed that she had been raped aged 19; it is the memories of this time and its lasting impact on her that informed »This Shame Should Not Be Mine«.

Following the Roadburn show – which was the most viewed and talked about set of the festival and was likened by viewers to acts like Portishead, Massive Attack and Björk – Gggolddd had a desire to commit the work to record as soon as possible. They returned to Jaime Gomez Arrelano’s Orgone Studio (Ghost, Grave Pleasures, Paradise Lost) in the UK where they also recorded 2019’s »Why Aren’t You Laughing?«. Granting themselves more time to record than with previous sessions, they worked at a pace that allowed room to breathe and process as they went. The remote location of the studio returned Milena to the silence of her previous emotional confrontations; only this time she embraced the quiet, the distance from real life and the capaciousness of the setting. Mastering was undertaken by Cicely Balston, ensuring that the story and all musical ideas transpired with maximum impact. This setup alongside the recording environment allowed Gggolddd to craft the album as they had envisioned it: a dark and contemporary pop album that exists in its own sonic universe. 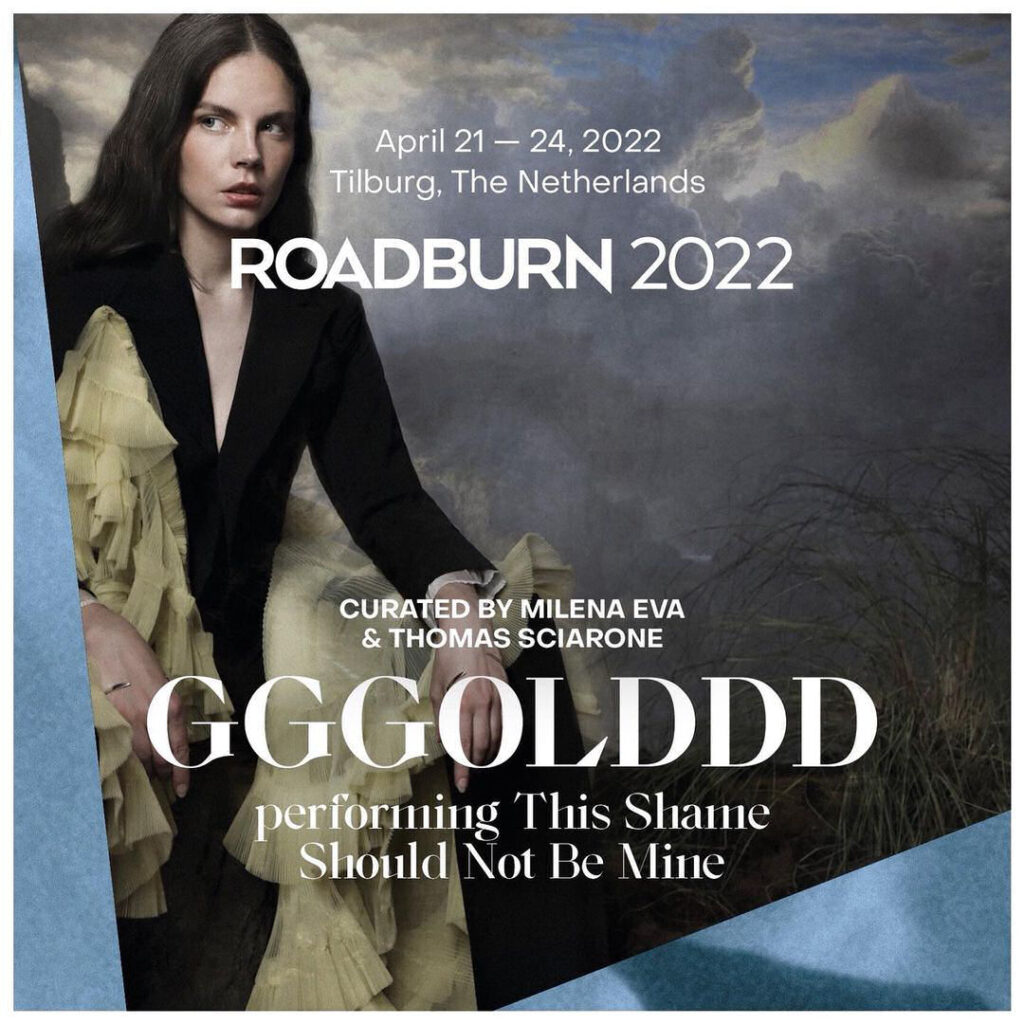 Visually, the album is complemented by stunning artwork courtesy of Milan-based photographer Szilveszter Makó. The images depicting Milena as a pre-Raphaelite beauty encased in armour display a metaphor for the emotional armour she has worn for years.

With »This Shame Should Not Be Mine«, Gggolddd has delivered the most bold and ambitious work of their career to date. Capturing the essence of both extreme vulnerability and the strength gained from the process of reclaiming ownership of one’s past, these ten tracks are an intimate anthology of transformative power.

»This Shame Should Not Be Mine« is due for release on April 1st, 2022, via Toronto-based Artoffact Records as deluxe double-vinyl and double-CD editions, which include a recording of the band’s 2021 Roadburn Festival performance as bonus material. The album also comes as a standalone single-LP edition, as well as digital configurations on streaming and download stores.

Gggolddd have released four previous studio albums to widespread critical acclaim, and have caught the eye of international media with their dark, hypnotic take on pop music. With their roots in rock music, the band embrace experimentalism and are unrestrained by genre boundaries within their work. Gggolddd have toured with bands as diverse as Converge and New Model Army, and performed at internationally renowned festivals such as Hellfest and Roadburn – the latter inviting Thomas and Milena to be their 2022 curators.