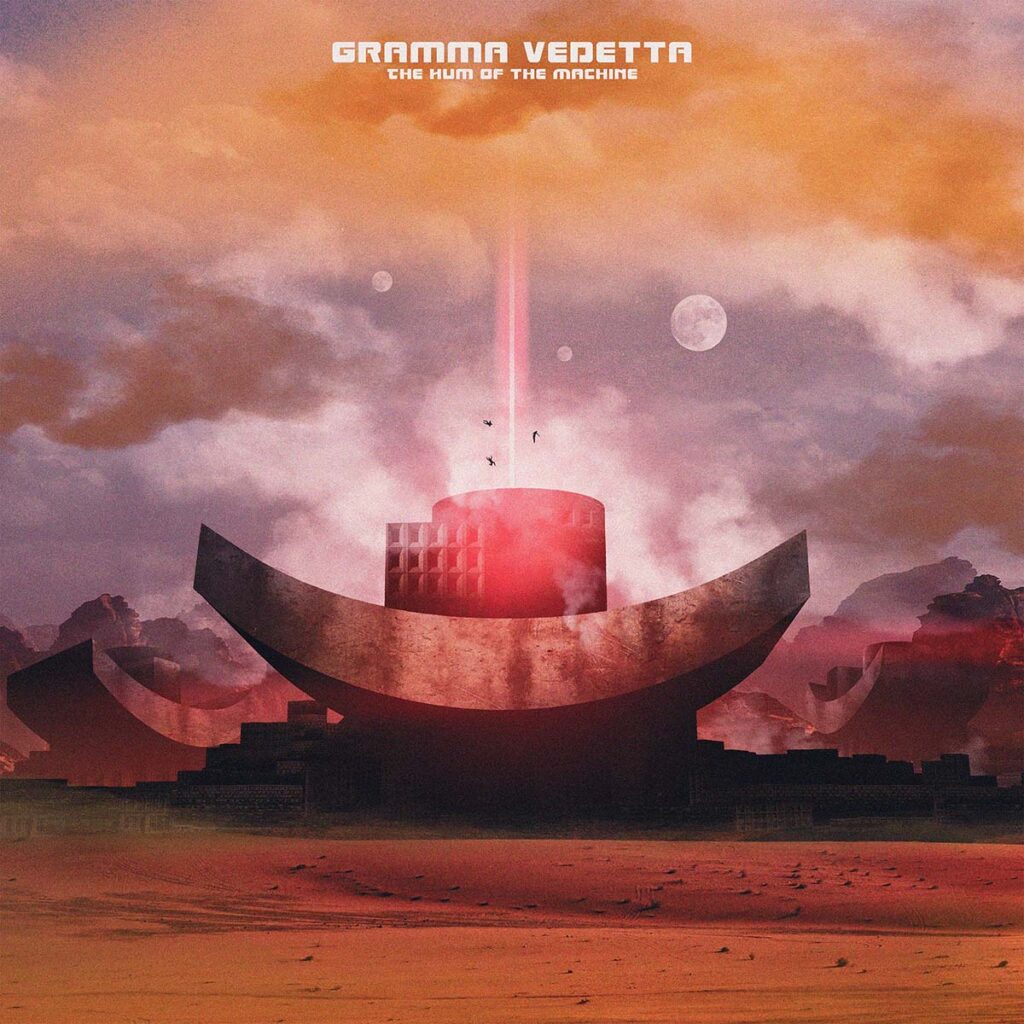 01. A Chance To Win The Orb
02. Starlight Portal Show
03. Robots For War
04. A Broken Time Machine
05. The Electric Game
06. The Future Of The Past
07. Transmission’s On
08. The General Magnetic And The Spanish Wormhole
09. I Feel The Comfort (The Hum Of The Machine)

Stoner rockers Gramma Vedetta are streaming the entirety of their album »The Hum Of The Machine« at Decibel Magazine in advance of its release on May 27th 2022.

The band comments: “We’re proud of what we achieved with »The Hum Of The Machine«. This album is a complete audio and visual experience. Each song has been crafted with great attention to detail and top-notch production. Talented illustrators helped us to translate our sounds into images. We have written it and recorded it but still, we can’t stop exploring it.

We feel that with this album we have reached a higher level of songwriting, developing our own sound, different from everything you ever heard before.”

Launch into an alternate universe with Gramma Vedetta’s new album »The Hum Of The Machine«. The London-based dynamic trio draw inspiration from vintage sci-fi of the late 70s and early 80s. Heavily distorted guitars, soaring melodies and driving rhythms create a huge progressive sound that transcends this dimension. 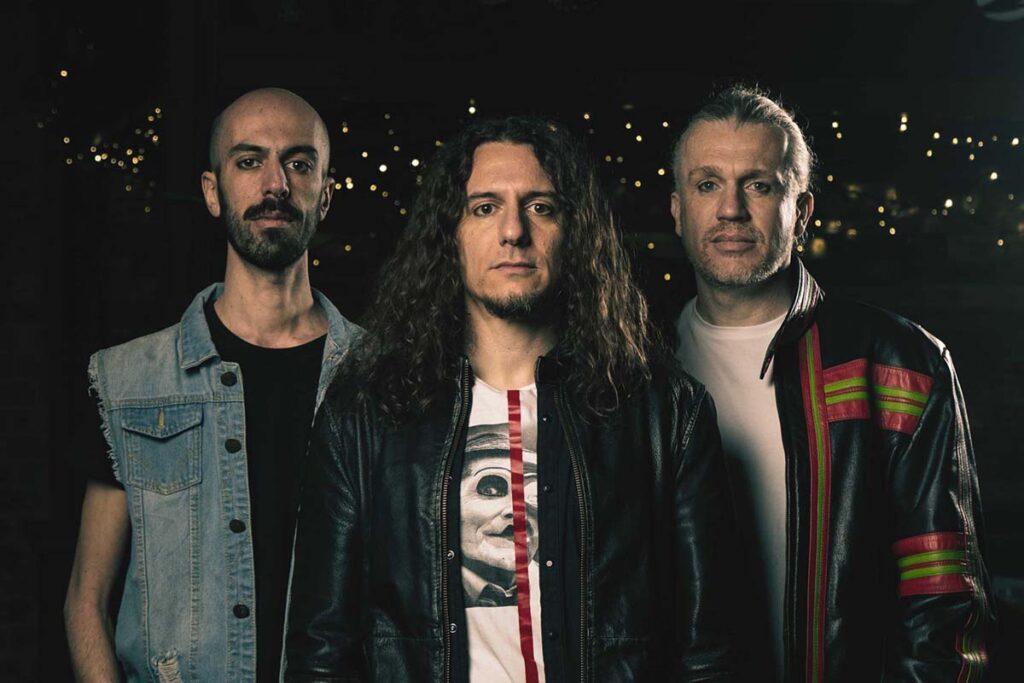 “We’re stoked by what we achieved with »The Hum Of The Machine«. This album is a complete audio and visual experience – we can’t stop listening to it. Each song has been crafted with great attention to detail and top-notch production. Talented illustrators helped us to translate our sounds to images and we can’t stop exploring it. With this album we have definitely reached a higher level, with our own sound, different from everything you ever heard before.”

Forming in 2017, Gramma Vedetta released their debut EP »Proof Of Concept« in 2018 with a grunge focus, followed by the 2020 EP »A.C.I.D Compliant« that leaned into stoner rock. The new album delves further into the progressive world. »The Hum Of The Machine« is a collection of nine scenes that tell the story of a man who seeks to remain unique in a world where compliance ensures you a place in the upper echelons of society. »A Chance To Win The Orb« delivers an explosive opening to the album producing a wall of sound. Throughout the album the duo unleashes their creativity through different styles. The fuzz-driven banger »Robots For War« precedes a darker, haunting atmosphere unveiled in »A Broken Time Machine«, while »The Future Of The Past« brings immense impact through the guitars and an incredibly catchy vocal hook.

Characterised by immense sounding riffs, down-tuned instruments and their passion for science fiction. Aptly portraying themes explored in Sci-Fi literature and films with their own distinctive vision, Gramma Vedetta have designed a thrilling album. »The Hum Of The Machine« is an exploration into the unknown that is not to be missed.