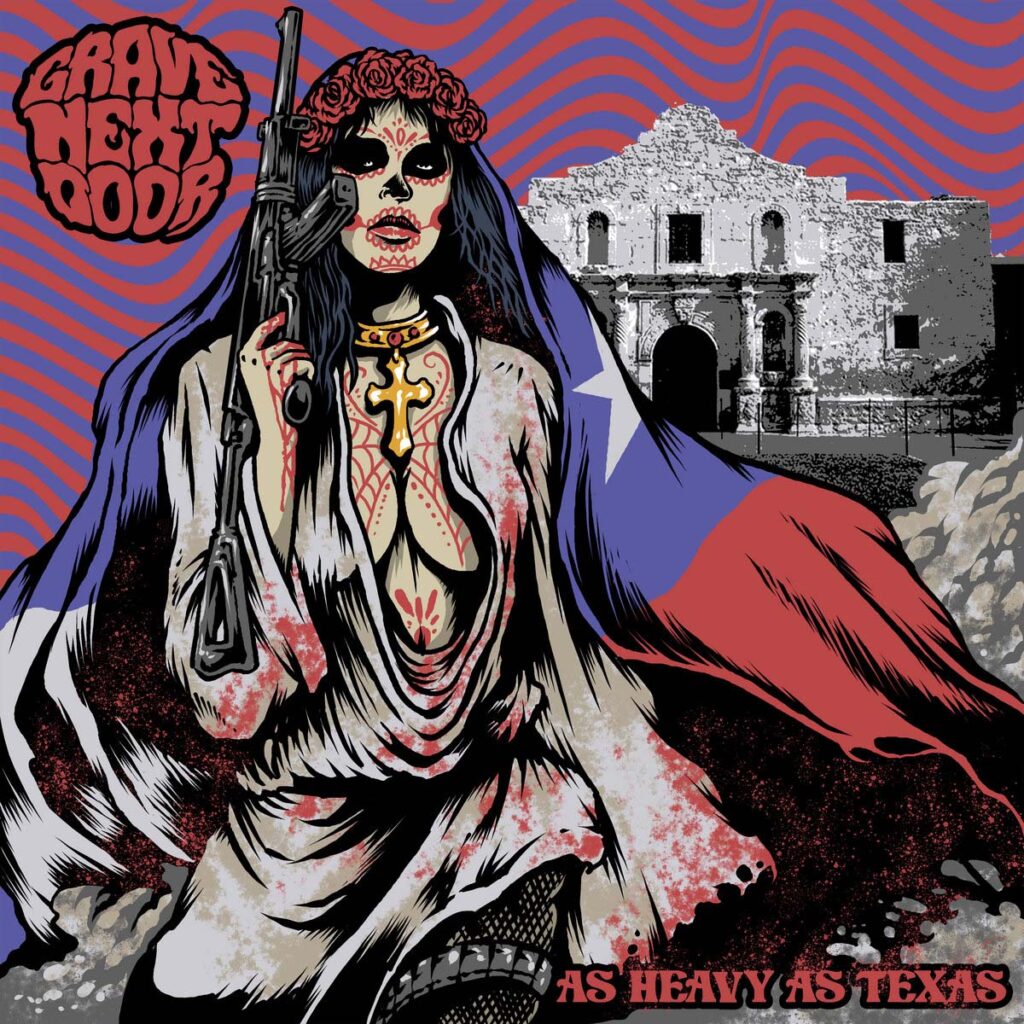 American doom/stoner metal band Grave Next Door share new music video for the latest single »As Heavy As Texas« taken from their debut album, »Sanctified Heathen«, which will be released on March 18th, 2022 via Black Doomba Records.

Michigan stoner metal outfit, Grave Next Door, have released their new video for their single »As Heavy As Texas« via Ghost Cult Magazine.

Please note that their upcoming album, »Sanctified Heathen«, will be releasing via Black Doomba Records on March 18, not January 28th as previously stated.

The band comments: “We filmed our video for »As Heavy As Texas« in the little town of Hubbard, Texas, where the inspiration of the song came from. We filmed on a severely hot day at the end of July after we played a show there the night before, at the Red Barn Winery And Tasting Room. The town really opened itself to us with their generous and genuine hospitality.

We were able to shoot at two locations, a working ranch and an old roadhouse bar. We feel that the footage of the ranch enabled us to show the light and space of Texas. The other location was a dark dank roadhouse bar, which had been a speakeasy during the prohibition years and it was a direct contrast to the ranch. 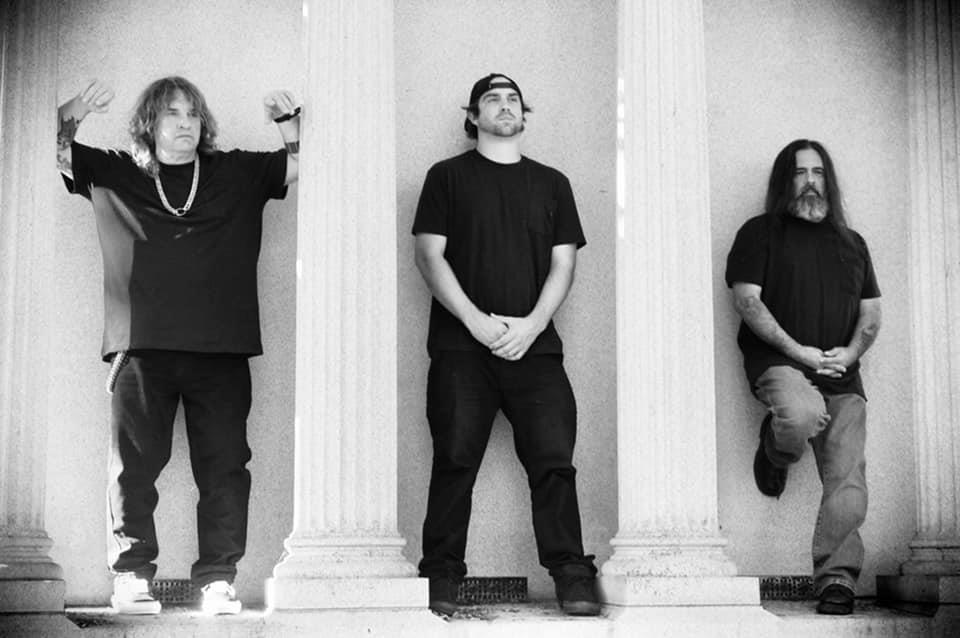 Formed back in 2018 by brothers Patrick and Anthony Salerno, and aptly named after the graveyard situated next to their home, Grave Next Door delves into the dark and macabre. Drawing from the iconic sounds of Black Sabbath, Black Flag and even Cream, all blended with the trio’s individual edge. »Sanctified Heathen« sees the band deliver brutally heavy distortion, doom grooves and powerful vocals. A morbid exploration awaits with lyrical themes of addiction, mortality, war, and their own personal experiences seeping through the album.