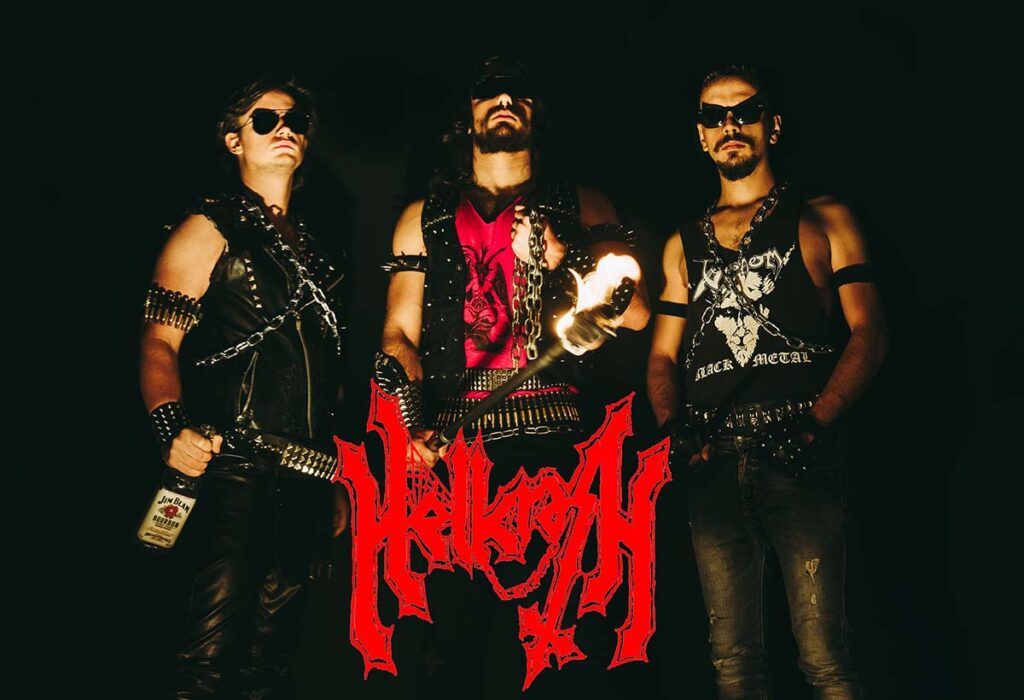 A black/speed metal power-trio hailing from Italy, Hellcrash have been brewing their sick & sleazy delights in the underground for nearly a decade now. A couple demos and a split saw the dark of day during the years 2013-2015, but then silence ensued until the next strike was ready to reveal its expurse of sodomy. At long last, it arrives bearing the title »Krvcifix Invertör«.

Hellcrash’s long-awaited debut full-length, »Krvcifix Invertör« succinctly summarizes the Hellcrash experience and then some. Crude and rude, the trio’s fixations still remain firmly entrenched in very early Slayer and Venom, but deliriously dark new sensations spring forth here, giving Hellcrash a foreign-yet-familiar aspect that works immeasurably in their favor. Heads bang, fists pound, pelvises throb, and the dirt of the earth gets bulldozed back and forth by their extremely simple yet extremely finessed compositions. Verily, »Krvcifix Invertör« is the metal of old: thrash when it was called “power metal”, speed metal before thrash took over, metalpunk before that was even thought of or at least before domestic icons Bulldozer took a turn toward cleanliness, or just HEAVY METAL when that was everything that was loud and proud but not glitz and glam. Naturally, “evil” is everywhere, and so is EVIL, so wide-ranging is Hellcrash’s landscape between filth and fun. Whatever you want to call it, »Krvcifix Invertör« is timeless and untrendy and TRUE! 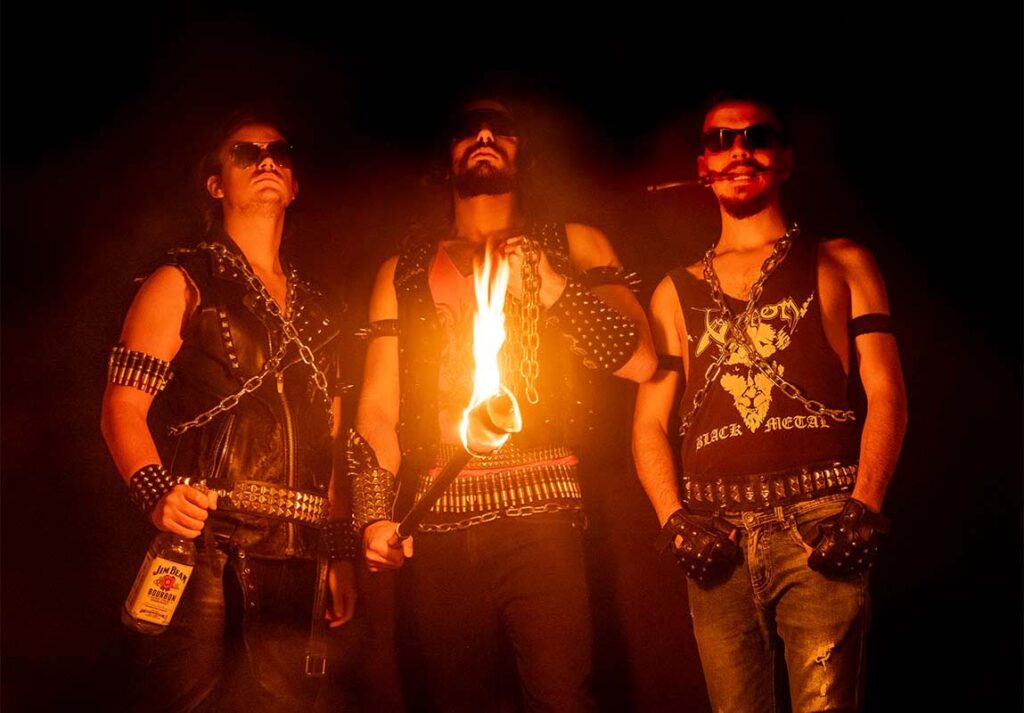