American stoner rockers High Desert Queen share an animated music video for the track »As We Roam« taken from their debut album, »Secrets Of The Black Moon«, out worldwide on October 15th, 2021 via Ripple Music.

Texas heavy rockers High Desert Queen gear up for their US tour supporting stoner metal veterans Sasquatch, to kick off this Wednesday in Arlington, Texas. On this occasion, they release a new video for »As We Roam«, taken from their acclaimed debut album on Ripple Music.

High Desert Queen released their debut full-length »Secrets Of The Black Moon« in October 2021 through Ripple Music in collaboration with Blasko. Now the band is hitting the road for a west coast tour supporting the almighty Sasquatch! To help prepare for that rock’n’roll undertaking, the band has bestowed upon us an animated music video for the track »As We Roam«! 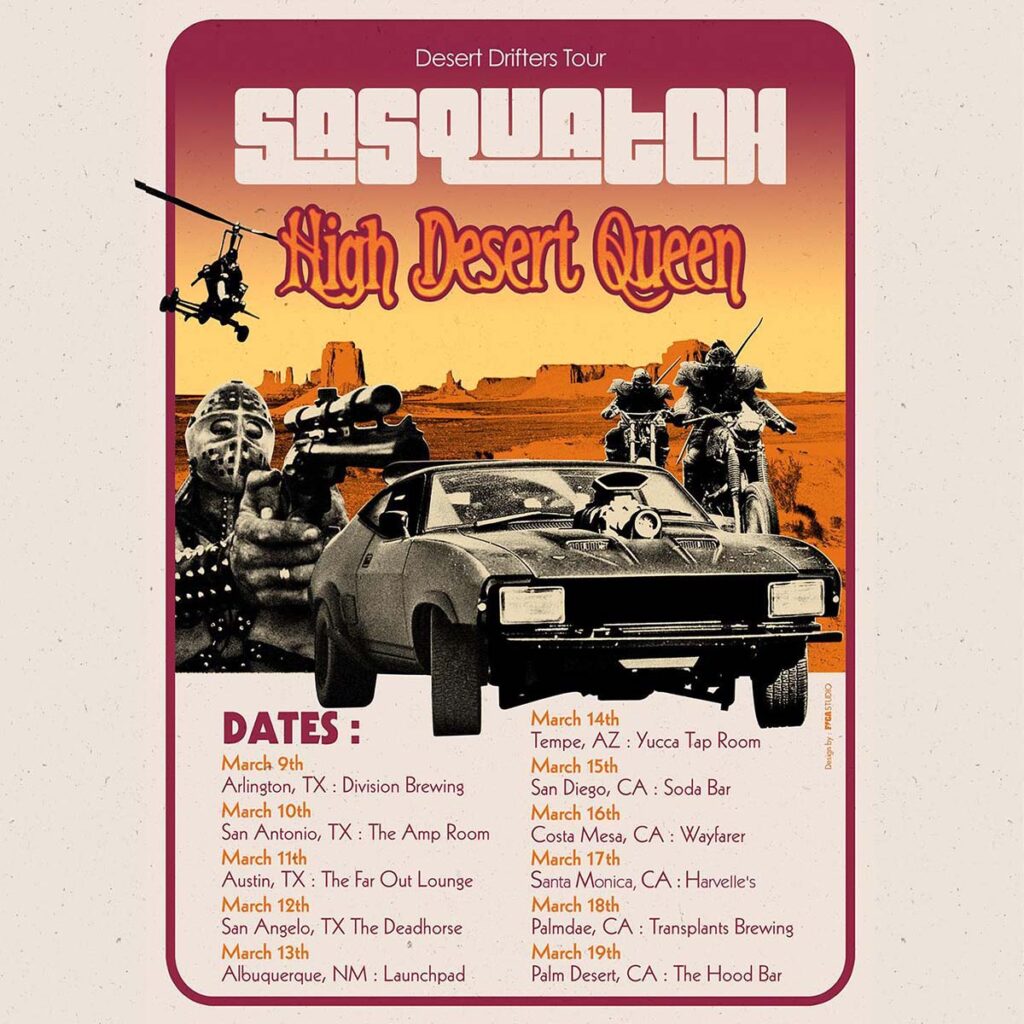 Debut album »Secrets Of The Black Moon« out now on vinyl, CD and digital through Ripple Music.

Formed in 2019 to an eclectic backdrop of influences, the foursome’s sole aim was to make the kind of music they could file away on their own record shelves, among the likes of Queens of the Stone Age, Elder, Lowrider, Alice in Chains, Tom Waits and The Allman Brothers. Providing high octane shows that never deliver the same experience twice, High Desert Queen were well on their way to establishing themselves as one of the hardest working rock bands on the Austin music scene.

Relocating from Houston in 2020 to accommodate the talents of bassist Matt Metzger and drummer Phil Hook, singer Ryan Garney and guitarist Rusty Miller of High Desert Queen quickly found themselves in the enviable position of having twelve songs ready to commit to tape. With such an impressive display of sincerity and sonic maturity, they caught the eye and ear of Ozzy Osbourne bassist Blasko, who signed the band to Ripple Music as part of his collaboration with the Californian label. »Secrets Of The Black Moon« was released on October 15th, 2021.