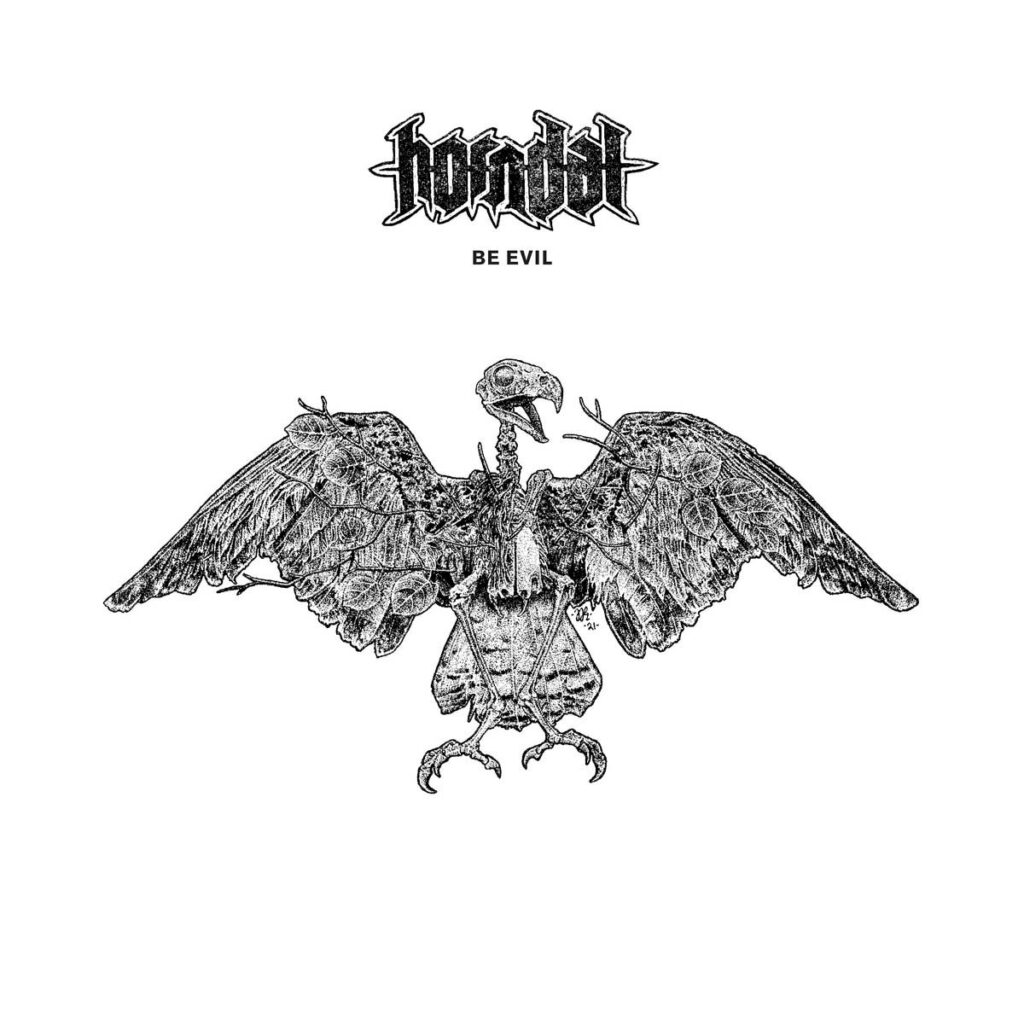 With the title track »Be Evil«, Horndal exposes Google’s exploitation of their eponymous town’s land. Watch a music video below!

Both songs recorded at Studio Gröndahl: »Be Evil« in April 2020 and »The Deceiver« in November 2017.
Recorded, mixed and mastered by Karl Daniel Lidén.
Artwork by Dave Levi Holand.
Sleeve design by Daniel Liljas.

Following on from last year’s release of their acclaimed sophomore full-length, »Lake Drinker«, Sweden’s Horndal release a new two-track single – titled »Be Evil«. The self-proclaimed rust metal band from the eponymous town of Horndal expand upon their true-to-life horror story, with »Be Evil« and B-side track »The Deceiver« taking aim at the evils of their hometown’s deforestation and big tech hypocrisy.

Google has cut down Horndal’s forest to make way for huge server farms, but the final decision to actually build these farms has not yet been made. In an effort to get a response from Google’s founder, Larry Page, Horndal has reached out by personally sending him a copy of their latest 7” – »Be Evil«. A song that makes clear their feelings of Google’s exploitation of their eponymous town’s land. 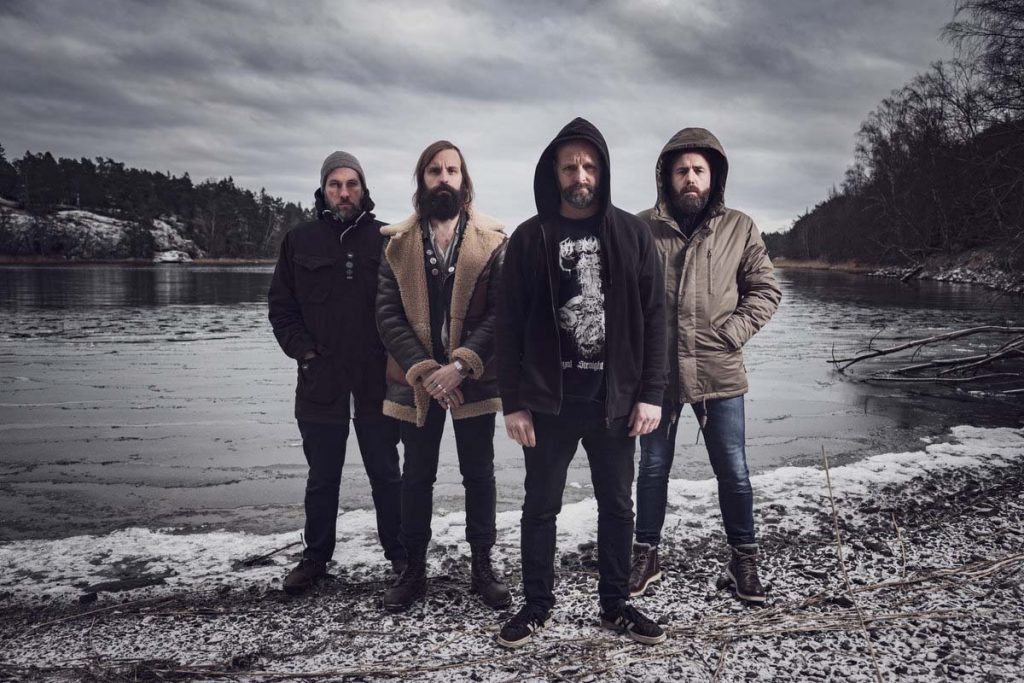 There’s little irony lost in a company thats motto is “Don’t be evil”, yet contributes to Horndal’s deforestation and plight. Horndal is yet to hear back from Page, but maybe you could help us by sharing this message?

»Be Evil« is due out via Prosthetic Records on January 14 on yellow 7” vinyl, limited to 300 copies worldwide.

Horndal comments: “Not ok, Google. What good-hearted company has a motto like “Don’t be evil”? Only a demon needs that type of everyday reminder. Perfect inspiration for a heavy tune.

The artwork features the remains of an eurasian eagle-owl, the Horndal region’s official spirit animal, pierced by invasive knot-weed. The B-side, The Deceiver«, is taken from the recording sessions of our debut album, »Remains«.”

In continued support of »Lake Drinker« and »Be Evil«, Horndal will be performing throughout Sweden in the coming months, already started in December 2021 with two select dates alongside The Hives, The Hellacopters and Graveyard.