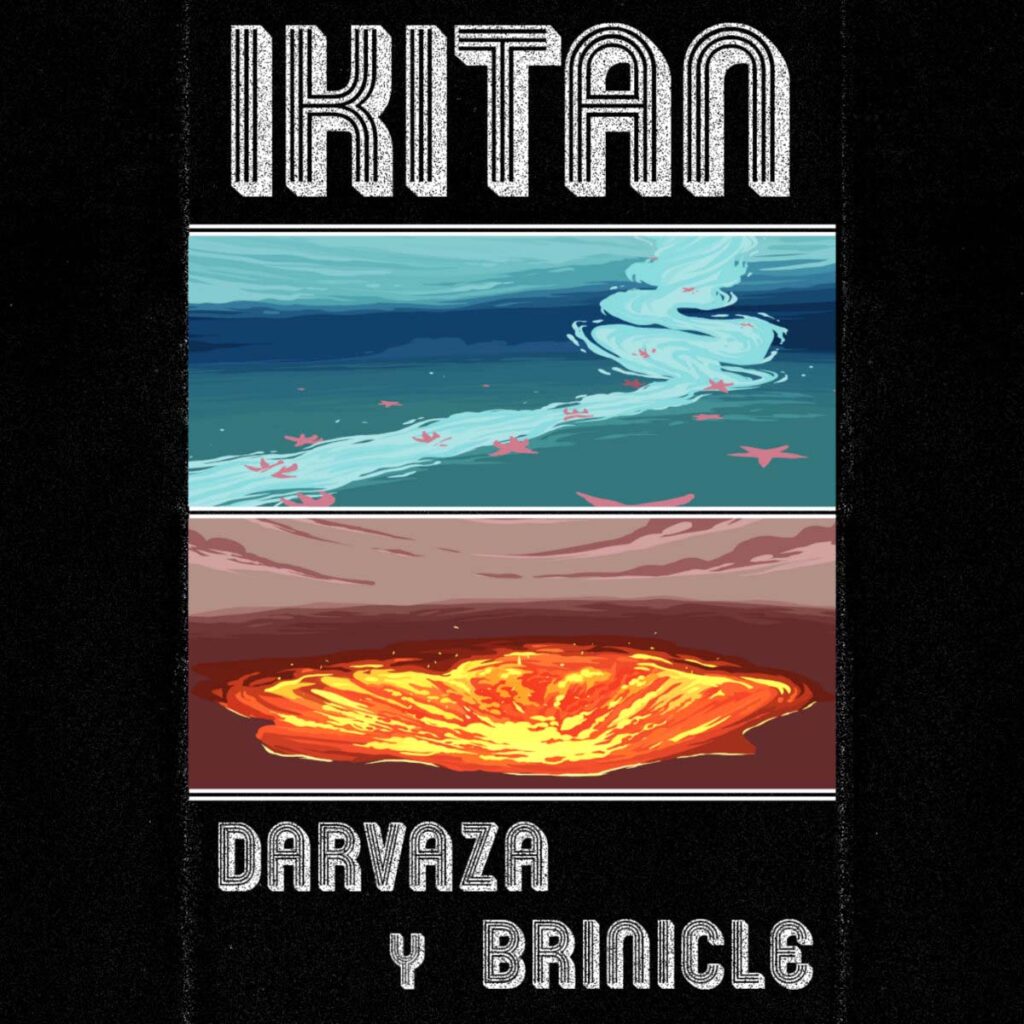 The singles »Darvaza« and »Brinicle« are contained on Side A while Side B contains »Twenty-Twenty Live at Forte Geremia«, available on tape and on Ikitan’s Bandcamp profile. Only 30 copies of the cassette are available worldwide, and each one of them comes with a BIC pen.

The band comments: “Unusual natural phenomena and weird facts have always been fascinating for us; the name Ikitan represents the alleged Aztec god of the sound of the stones, as depicted in the cover of »Twenty-Twenty«.

The »Darvaza« is in Turkmenistan whilst the »Brinicle« occurs in the Antarctic Ocean.
»Darvaza« (“Door to Hell”, an artificially-created crater that’s been burning since the 70s) and »Brinicle« (a finger-of-death ice stalactite that kills everything it encounters in the water) represent two different yet complementary sides of our nature, devastating and powerful but ethereal and dream-like at the same time.” 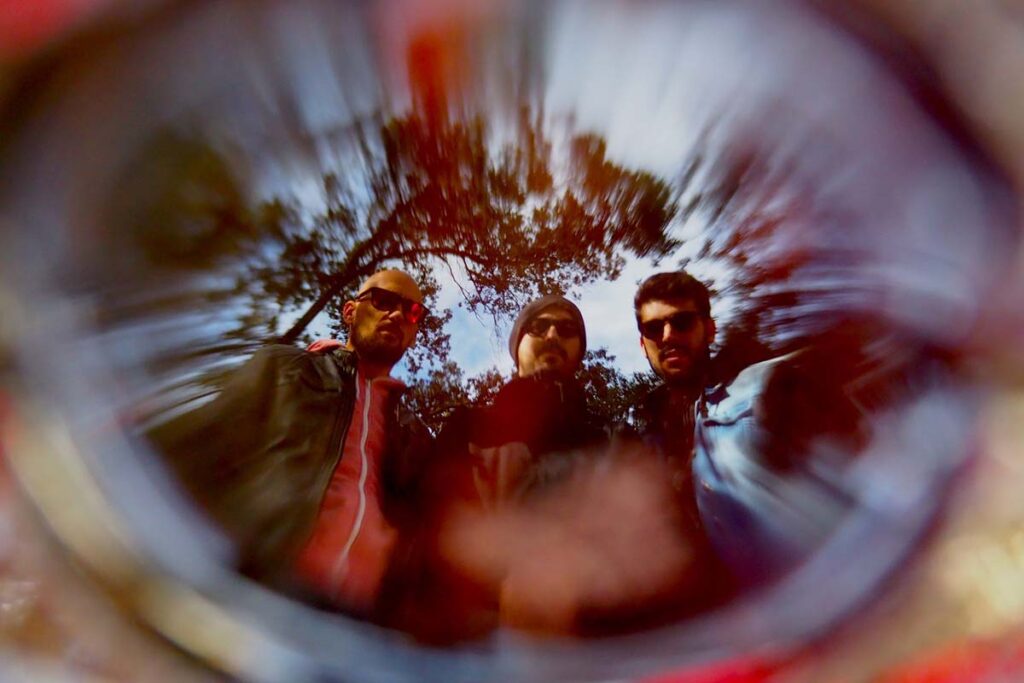 A jam session-driven instrumental power trio with stoner and progressive influences, Ikitan makes instrumental music that has been compared to the likes of Tool, Yawning Man, Pelican, Russian Circles and My Sleeping Karma. But don’t take our word for it, find out yourself and check us out.

»Darvaza y Brinicle« is a 2-song limited-edition tape released on 3rd December 2021 by Taxi Driver Records. With »Darvaza« and »Brinicle« on side A and »Twenty-Twenty Live at Forte Geremia« on side B, the cassette comes with a digital download of the songs and… a BIC pen. Only 30 copies available worldwide.

Ikitan’s debut is an EP containing one instrumental song of the duration of 20 minutes and 20 seconds, aptly titled »Twenty-Twenty«, and released as a limited-edition digipack (200 copies only) on 20th November 2020.

As it was impossible to play live during the pandemic, the band filmed their first concert on top of an old military fort, and the result is »Twenty-Twenty Live at Forte Geremia« (recorded on 7th March 2021, and released on 25th June 2021).

The video captures Ikitan playing »Twenty-Twenty« live for the first time, in a dramatic scenery between sea and mountains, and with no audience. The live footing of the concert, a tribute to generator parties, is available on YouTube.

For fans of Tool, Yawning Man, Russian Circles and Pelican