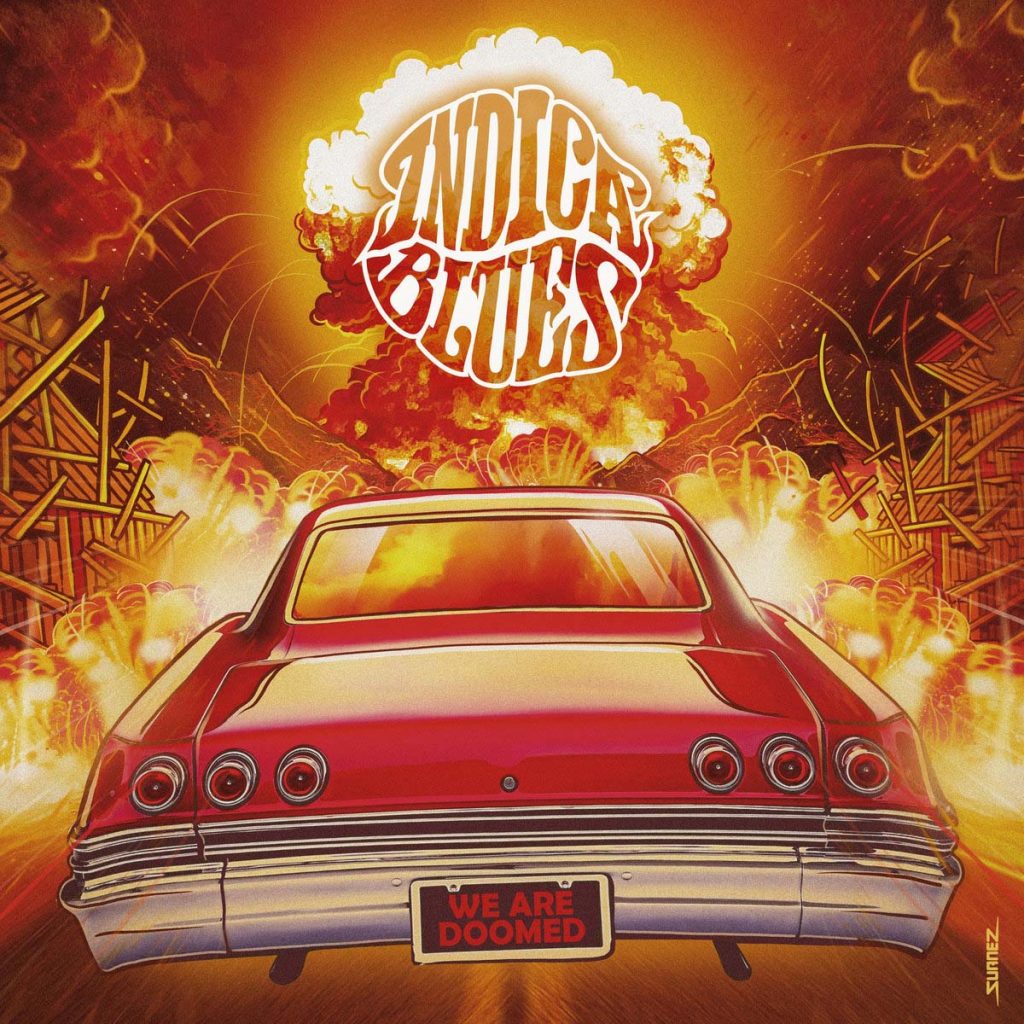 UK psychedelic doom metal band Indica Blues share new video for the second single »Scarred For Life« from their upcoming album, »We Are Doomed«, set to release on February 12th, 2021 via APF Records. Video is done by Sophie Mitchell.

As the world reels from a deadly pandemic and the US veers towards civil war, 13,890 nuclear weapons lie dormant. In their first single since signing to APF Records, Indica Blues’ imagine a catastrophic very-near-future scenario in which current world events lead to all-out war and nuclear annihilation: »We Are Doomed«.

Indica Blues (in-deh-ka) are a four-piece psychedelic doom band from Oxford, UK. Once described as ‘bong filling rock that is platinum heavy, but blessed with a melodic sensibility underneath it all,’ the band’s unique sound has garnered fans across the world since their formation in 2014. They have gigged with stoner rock luminaries such as Elder, Samsara Blues Experiment and Mars Red Sky.

Indica Blues began life with the four track EP »Towers Rising«, released by guitarist and vocalist Tom Pilsworth. Tom joined forces with John Slaymaker (previously of UK stoner underground legends Caravan Of Whores) and the pair recruited Andrew Haines-Vilalta and Ed Glenn on drums, releasing the »Ruins On The Shore« EP in 2016. Featuring eye popping art work from Brazilian graphic artist Cristiano Suarez, the record was in the top 5 Bandcamp bestsellers in the categories of Doom and Stoner, and no.1 in Desert rock. It was picked up and played by alternative radio stations across the world, and listed within 2016’s Doom Charts. 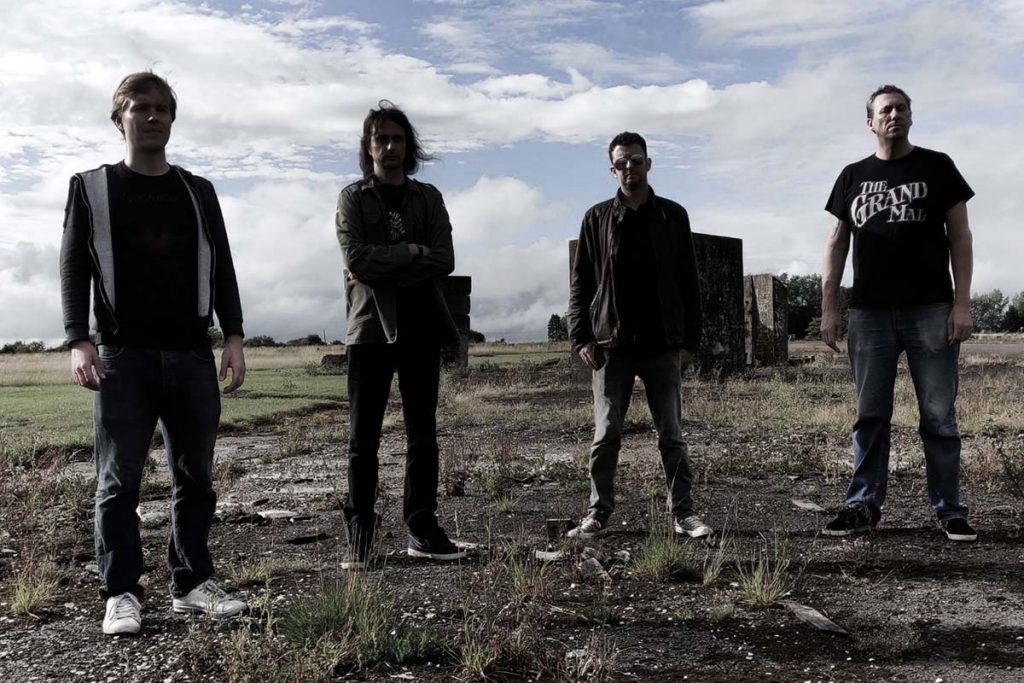 Rich Walker replaced Ed Glenn on drums, and a debut album »Hymns For A Dying Realm«, was released in 2018 to further underground acclaim. In 2020 the band announced they had signed to APF Records and will release a second album, »We Are Doomed« in 2021, with Cristiano Suarez once again lending his unique artwork.

APF Records stated: “Let us tell you now, it’s huge. Recorded by Steve “Geezer” Watkins at Woodworm Studios and mastered by Tim Turan at Turan Audio, it delivers on the promise of being their most massive sounding release to date, with chunkier riffs, groovier hooks, wider ranging vocal stylings and more ethereal melodic deviations than have come before.”

»We Are Doomed« is set to release on February 12th via APF Records.