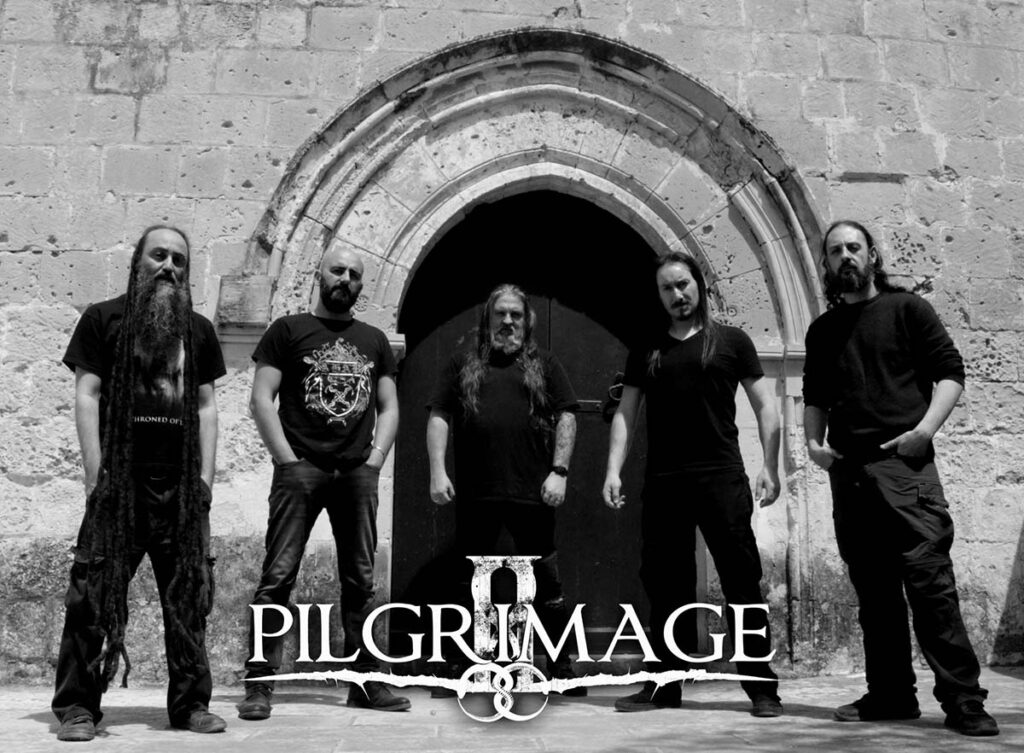 Pilgrimage was formed in 2018 with the intent of playing doom-death metal without compromise. The debut album »Sigil Of The Pilgrim Sun« was release in December 2021 on Sleaszy Rider Records, and features a guest appearance on vocals of Daniel Neagoe (Clouds).