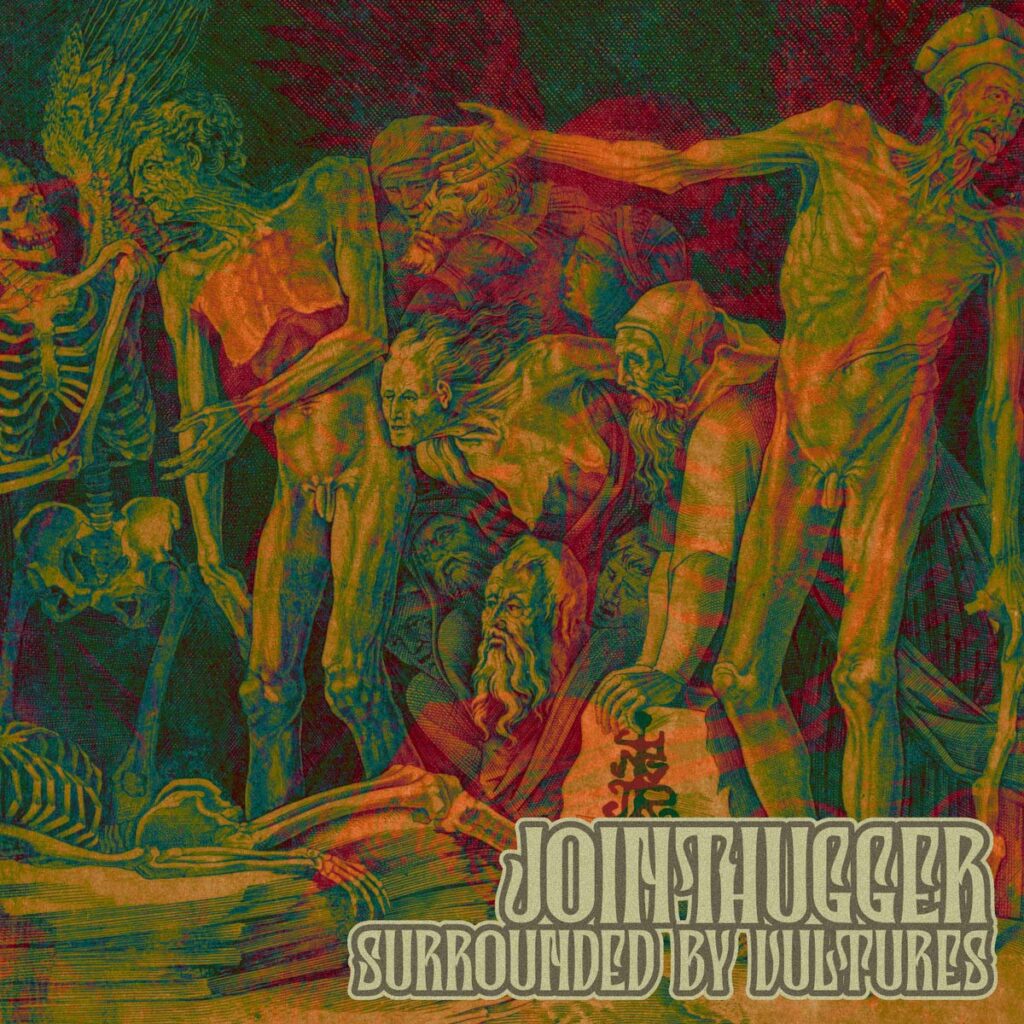 The second full-length album in the Jointhugger saga, a trilogy united by corresponding titles and the opening track »In Dire Need Of Fire« Chapters 1, 2 and 3.

Says the band: “Our second full-length album, »Surrounded By Vultures« is finally let loose into the world thanks to Majestic Mountain Records. To say It’s been a long but road to get here would be a massive understatement but we’re so psyched to finally have this album out to you – at least digitally before the physical delivery next month. The feedback has been incredibly humbling.

»Surrounded By Vultures« wax is still available from the Majestic Big Kartel and will land mid-end November. Until then we still have a few tricks up our sleeves so stay tuned. Turn it up and get down! Jointhugger loves you.”

All music by Nico Munkvold.
Recorded live at Stone Bone Cross Studios in Norway in January 2021.
Produced by Nico Munkvold and Hrafn Helgason.
Mixed and mastered by Haldor Grunberg at Satanic Audio.
Art direction, design and layout by Spectral Ecstasy.

Formed in 2012 amidst the Norwegian fjords, Jointhugger are an explosive trio that recall the cosmic doom of rock colossi like Shrinebuilder, Sleep and YOB.

Having first come to the attention of Majestic Mountain Records following the release of their debut, »I Am No One« in 2020, an unhallowed union was quickly established to herald the arrival of not one, but two new records in 2021. The first, a sublime one-track EP – »Reaper Season« – was released to high praise earlier in the year, foreshadowing the arrival of their latest and most lethal entry into the annals of Nordic Doom; »Surrounded By Vultures«. 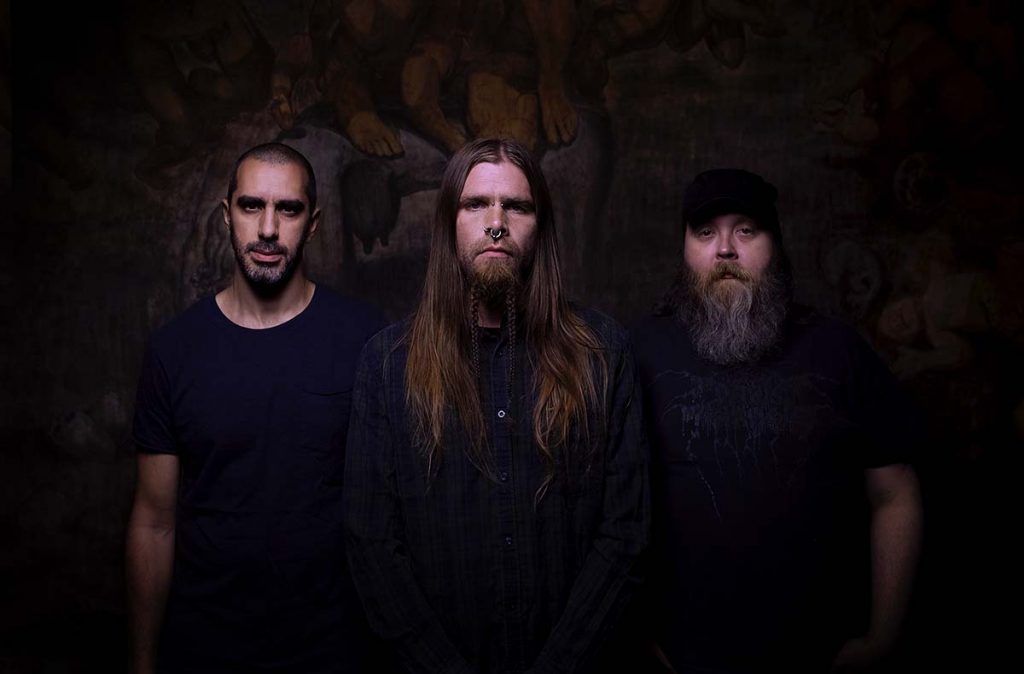 “»Surrounded By Vultures« is the second instalment in a trilogy of albums connected by correlating titles, united by their opening tracks,” explains Nico. “It’s a chronicle of Jointhugger’s journey as a band over the last ten years and our lives as people.”

Now counting drummer, Adam Suleiman (Saint Karloff), among its ranks, the band recorded the album live before handing over mixing and mastering duties to Haldor Grunberg at Satanic Audio. Featuring a curated selection of old and new tracks that offer a candid glimpse into the inner world of Jointhugger.

Pre-order »Surrounded By Vultures«, the brand-new album by Jointhugger with Majestic Mountain Records HERE, ahead of its official release on Sunday 31st October 2021.