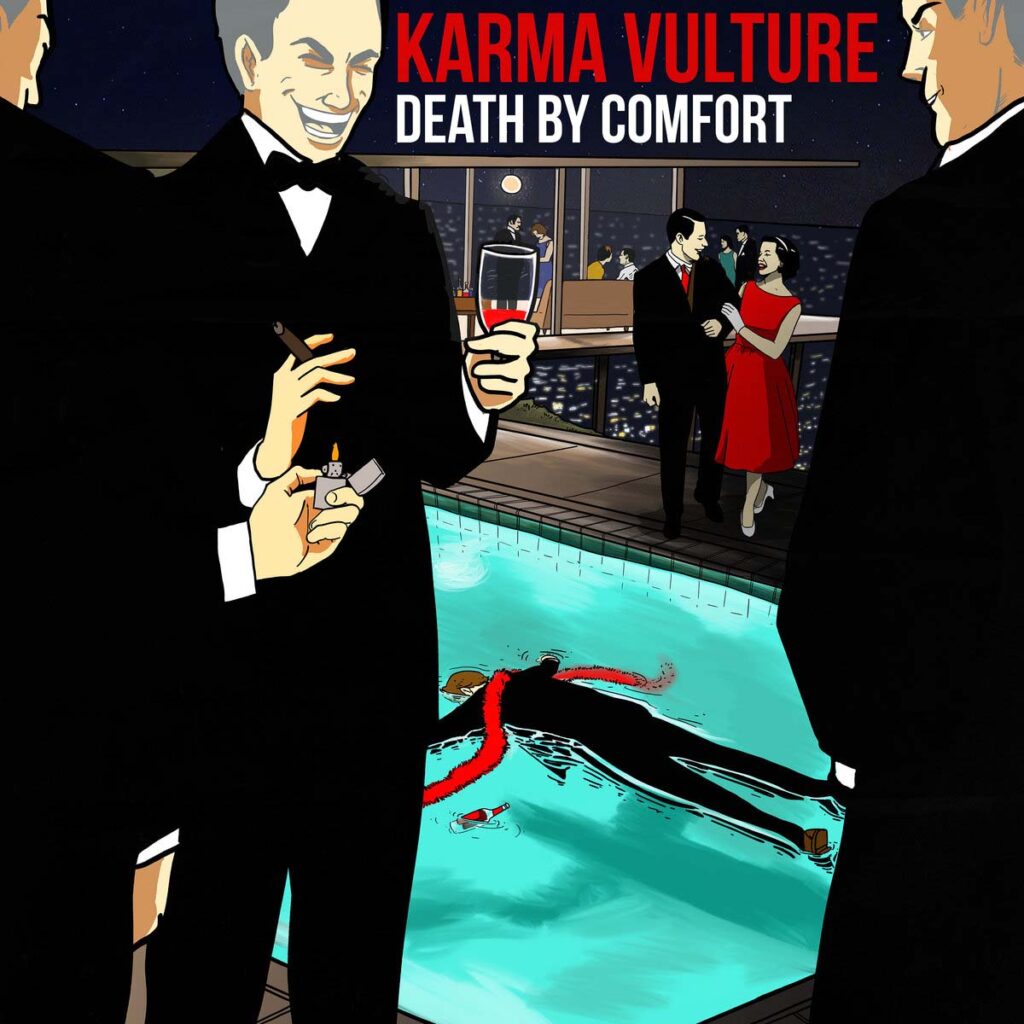 “Richer and fuller in sound and substance than your average heavy, yet melodic rock band.” — Idioteq

“Stacks up the riffs… If you’re dying for something like Monster Magnet or old Queens Of The Stone Age, then you’re going to dig Karma Vulture.” — Metal Injection

Karma Vulture is a desert rock power trio from Joshua Tree, now based in Nashville, consisting of singer/bassist Conor Spellane, guitarist Will Hammond, and drummer Ben Foerg. The band has a familiar yet idiosyncratic sound, blending elements of stoner rock and grunge with hints of classic rock, psych and modern alternative rock for good measure. The band executes their earworm hooks and hammer-dropping riffs with equal aplomb. Or, in other words: It’s super catchy, super heavy and super dope. 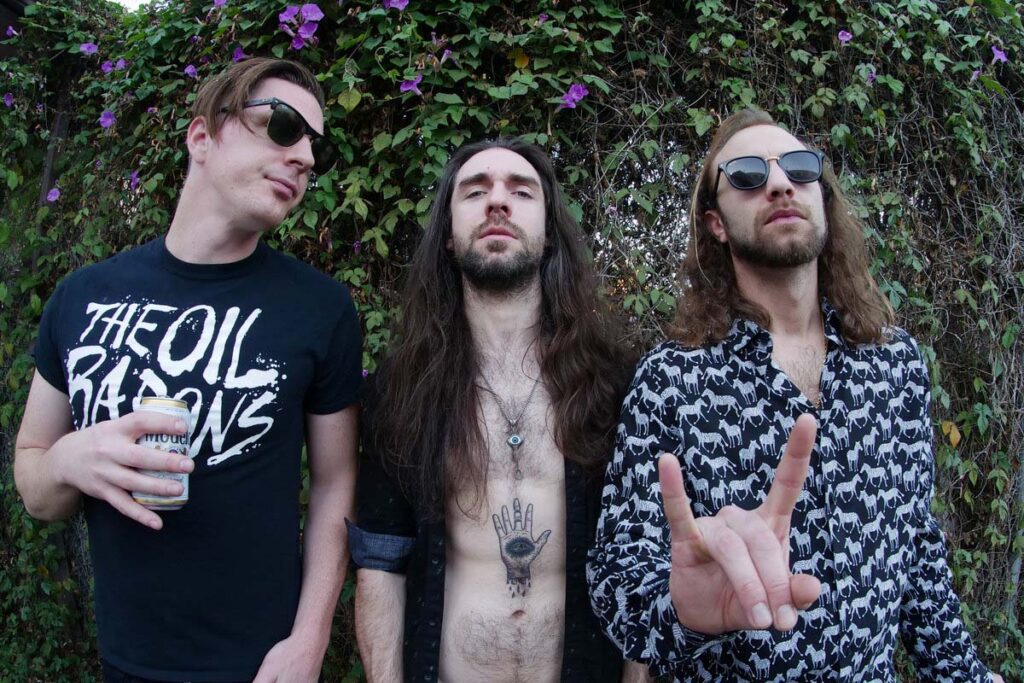 Founded in mid-2018, the band hit its stride with the release of its first EP and the subsequent addition of Foerg in 2020. When the pandemic hit that spring, the band had just finished recording its second EP, »Death By Comfort« with producer Norm Block (Mark Lanegan, Brian Jonestown Massacre). They mixed it remotely, and used the lockdown as an opportunity to record their debut fill-length, scheduled for release in late 2022.

The band plans to tour hard in support of both records, while releasing a series of music videos, including an upcoming horror film homage for the their song »Better Luck Next Time«.

»Death By Comfort« will be available on CD, cassette and download on March 4th, 2022 via Bent Knee Records.