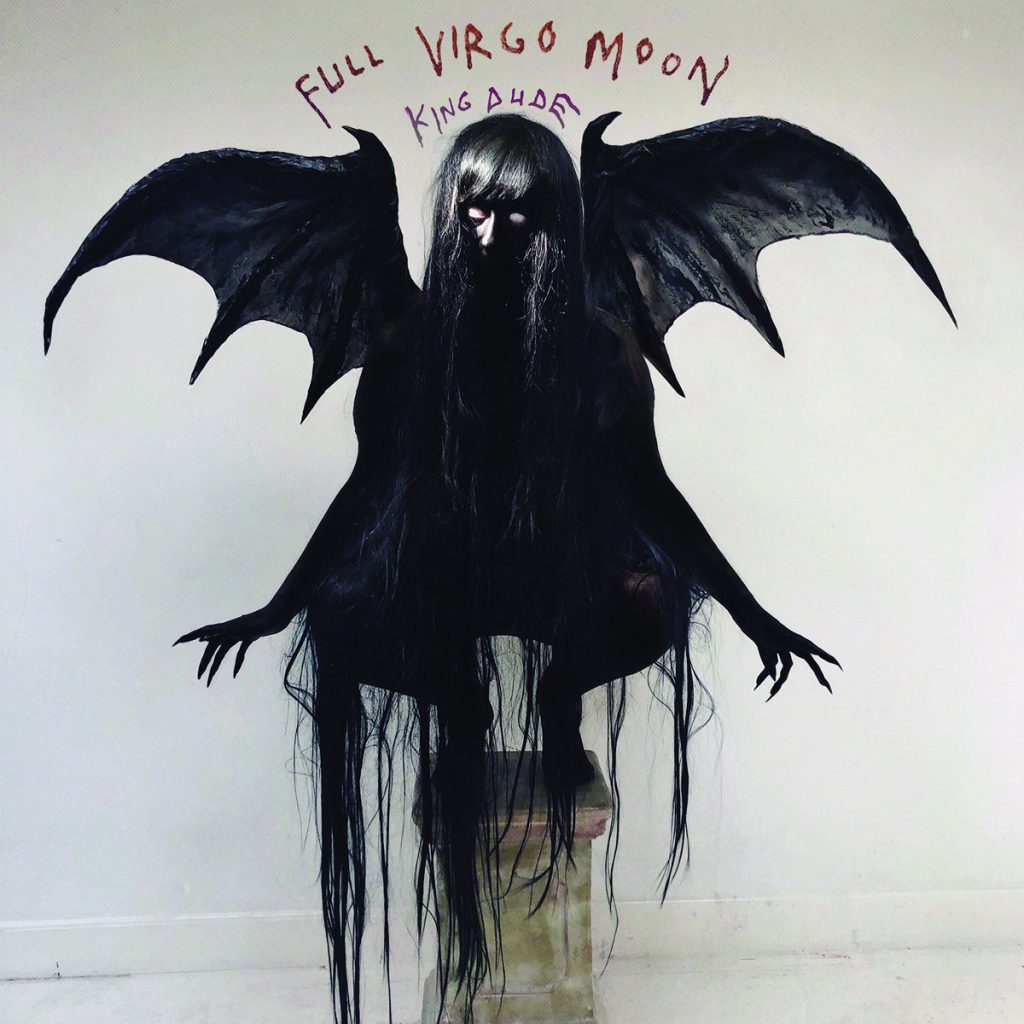 For the past few years King Dude has been one of the most misunderstood voices in folk music. He’s been accused of everything under the sun; to some he is a violent Luciferian psychopath, still to others he is nothing more than a charlatan, a drunkard, a fool… And that’s just scratching the surface. While there seems to be no clear consensus about who King Dude really is, the fact remains clear. He is enigmatic.

King Dude’s latest album »Full Virgo Moon« represents a “shots-fired over the line” at many of his detractors. These songs become pointed dagger-like anthems of the unsung theists and atheists alike. This manner of writing has the power to weaponize music and transform his voice into the most dangerous one of our times. Beware and be aware, King Dude is a force to be reckoned with.

»Full Virgo Moon« was written and recorded in Seattle Washington in the first two weeks of January 2020. The album consists of nine new songs all performed, recorded, mixed and mastered at home by Thomas Cowgill. The focus of the album was to recall the earlier works of King Dude before he had a full band, so there is a distinct minimal approach to the album.