Swedish retro rockers Lykantropi post a music video for the brand new single »Coming Your Way« from their upcoming third full-length album, »Tales To Be Told«, which will be released later this fall via Despotz Records.

Lykantropi about the new single: “»Coming Your Way« is about the rise and fall of love. How destructive love can harden hearts and evoke the dark in people. It’s a song about revenge. It’s coming your way, we all get what we deserve in the end.”

Lykanthropy plays rock music that comes from the forest and wilderness, the calf and the marsh, with bottom-feeling within our folk and our legends. We can’t see or touch it, but definitely feel, experience and pass on because it swirled up to us who are lucky enough to listen.

Everything that exists is a total of it’s components. Mathematically, this means for instance that the number 10 is the total of 5 plus 5, or 3 plus 3 plus 4. Or of several smaller numbers, all added up. Sociologically speaking a person’s life is believed to be the total of components like happiness, knowledge, curiosity and success, but also failure, sorrow and despair.

If you ponder the same thing about music – and you definitely should – you could say that Lykantropi consists of mainly two components. One is the concrete, the physical. The chemistry of being in a room together, creating music. Anyone can do that, and have done.

The other component, however, is more vague and difficult to define. And to master. That’s probably the factor that has made this six-piece from Karlstad, Sweden one of the most promising up-and-comers on the Swedish – and for that matter international – rock scene in many years. 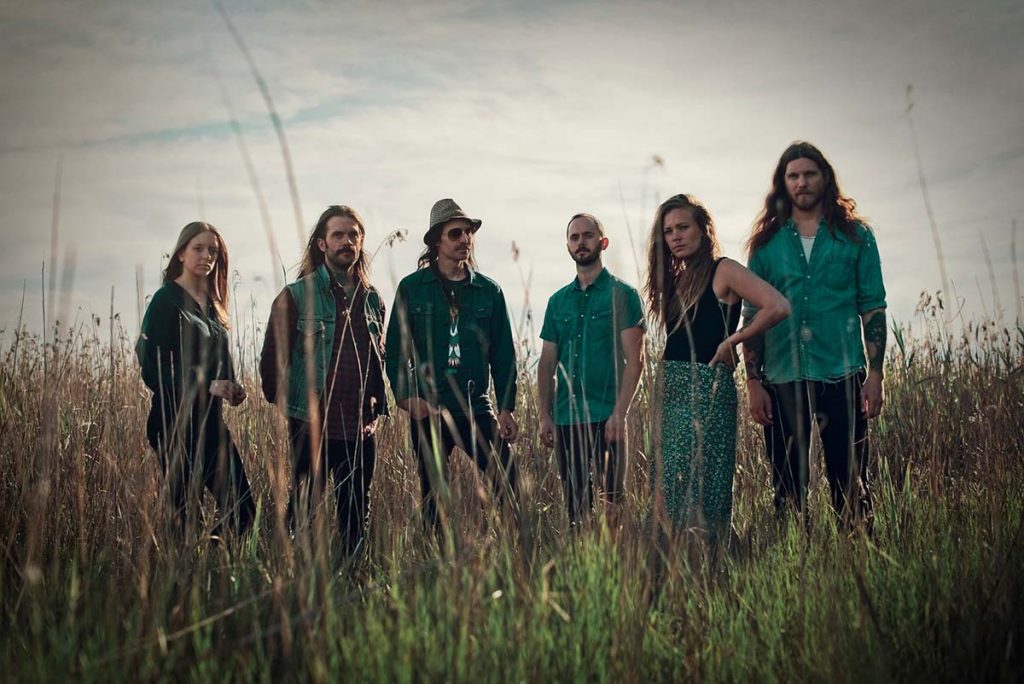 The mysterious and the unexplainable. The obscure. There is something undeniably Scandinavian with Lykantropi. They play rock music that stems from the woods, from the mires and from the barren wilderness, firmly rooted in our folklore, shrouded by our legends and our belief in the supernatural. We can’t see it or touch it, but we can definitely feel it. And once it has whirled all the way to those of us that are fortunate enough to listen, we can also live to tell the tale.

In a lot of ways, Lykantropi’s music is a different cycle than we’re used to. It appears as though the band’s new single »Coming Your Way« has been lying beneath damp floorboards in a forgotten cabin hidden deep in the woods, where it has taken on that unmistakable, earthy smell of something that is old, and already started decomposing back to nature. You allow it to happen, because that’s the way it has to be.