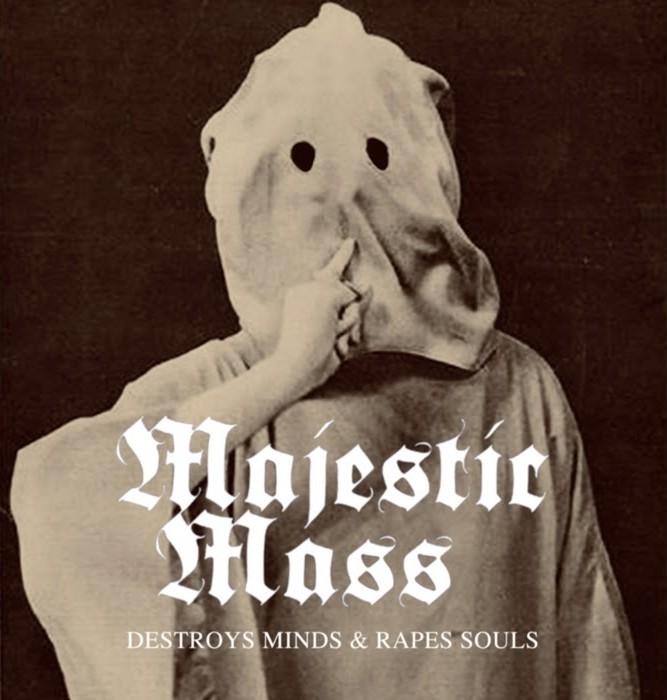 One of the underground’s best-kept secrets, Majestic Mass made their public debut with the full-length »Savage Empire Of Death« in 2018. Utterly obsessed with the rockin’ ‘n’ raucous noise these Danes so effortlessly created, Helter Skelter picked up the album for vinyl and cassette editions, and thereafter forged a blood pact with the band for an onslaught of releases, the first of which was the short ‘n’ sweet »Onwards« maxi-single in 2019. 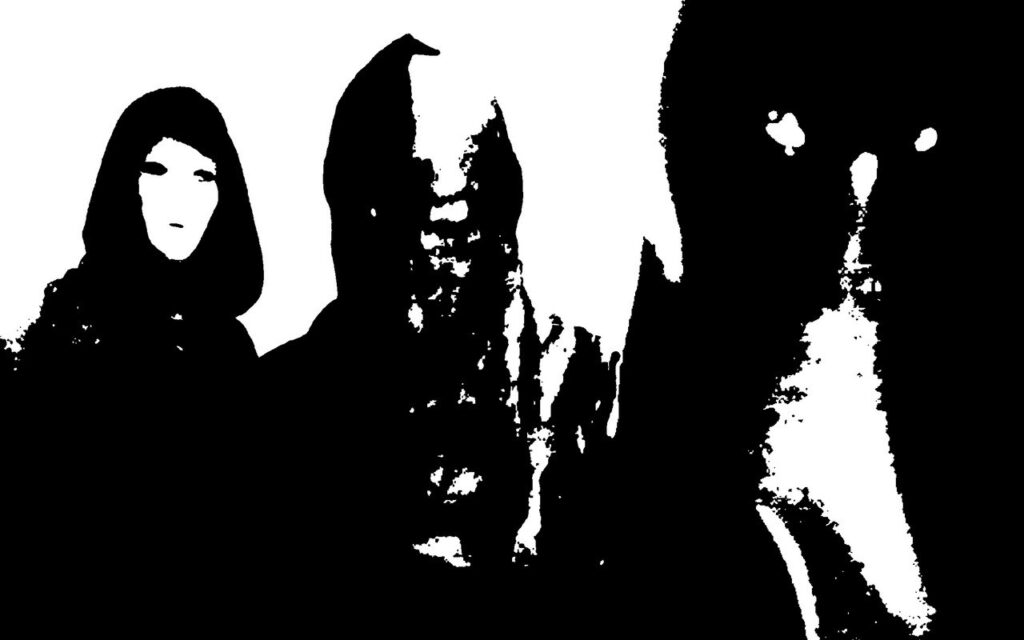 But, as the world was choked with the plague, Majestic Mass merely laid in wait, plotting their next crimes. At long last, it has been revealed, a full-length bearing the all-too-apt title »Destroys Minds And Rapes Souls«. If that »Onwards« maxi-single consolidated the mysterious band’s undeniable charm into a taut, two-song fury of fun and filth, then the nearly half-hour »Destroys Minds And Rapes Souls« is the Bacchanalian revel you never want to stop…nor will ever recover from. Thankfully, no great changes have been made here – Majestic Mass magickally still sound like the bastard son of Barathrum and Death SS – but the “fun” of before is now all-caps FUN while the undercurrent of EVIL has become threatening, if not equally addicting. Those seemingly innocuous organs take on an air of the sleazy & sinister here, and are rightfully pushed to the fore, as the band’s stomp has subtly shifted away from doom toward way-ancient hard rock; in turn, the (hooded) vocalist’s annunciation is even clearer, imparting an even-stronger catchiness that’s nothing short of anthemic. Just feel that ENERGY coursing through you once »Covenant (Rapists Of The Free Will)« kicks in!

Equally suited for Monsters of Rock-sized stadiums and cavernous, literally-underground clubs alike, Majestic Mass start a new era in their deranged universe with »Destroys Minds And Rapes Souls«. You already know if you’re ready – and if not, then it’s quite possible you’re already DEAD. “Lawless deviants and revenants in ecstasy – destroy what once was and fire at will!” 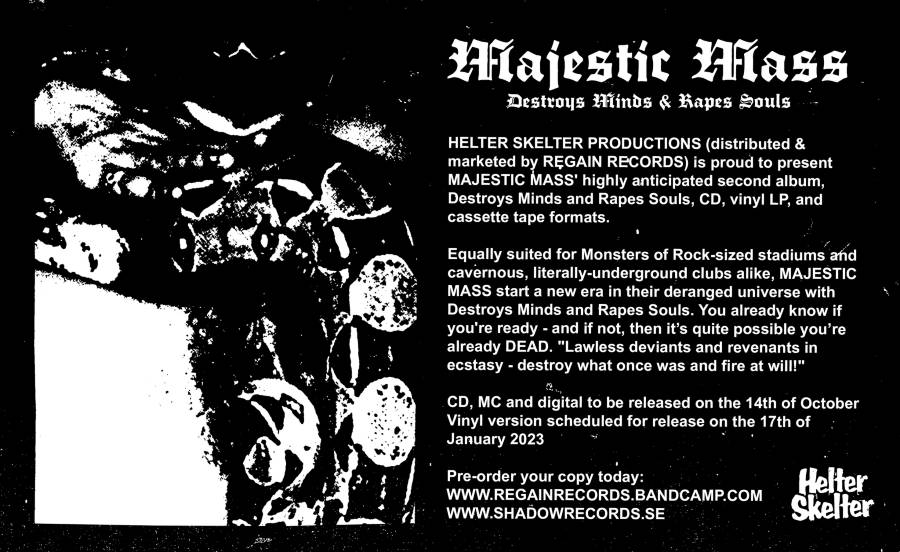