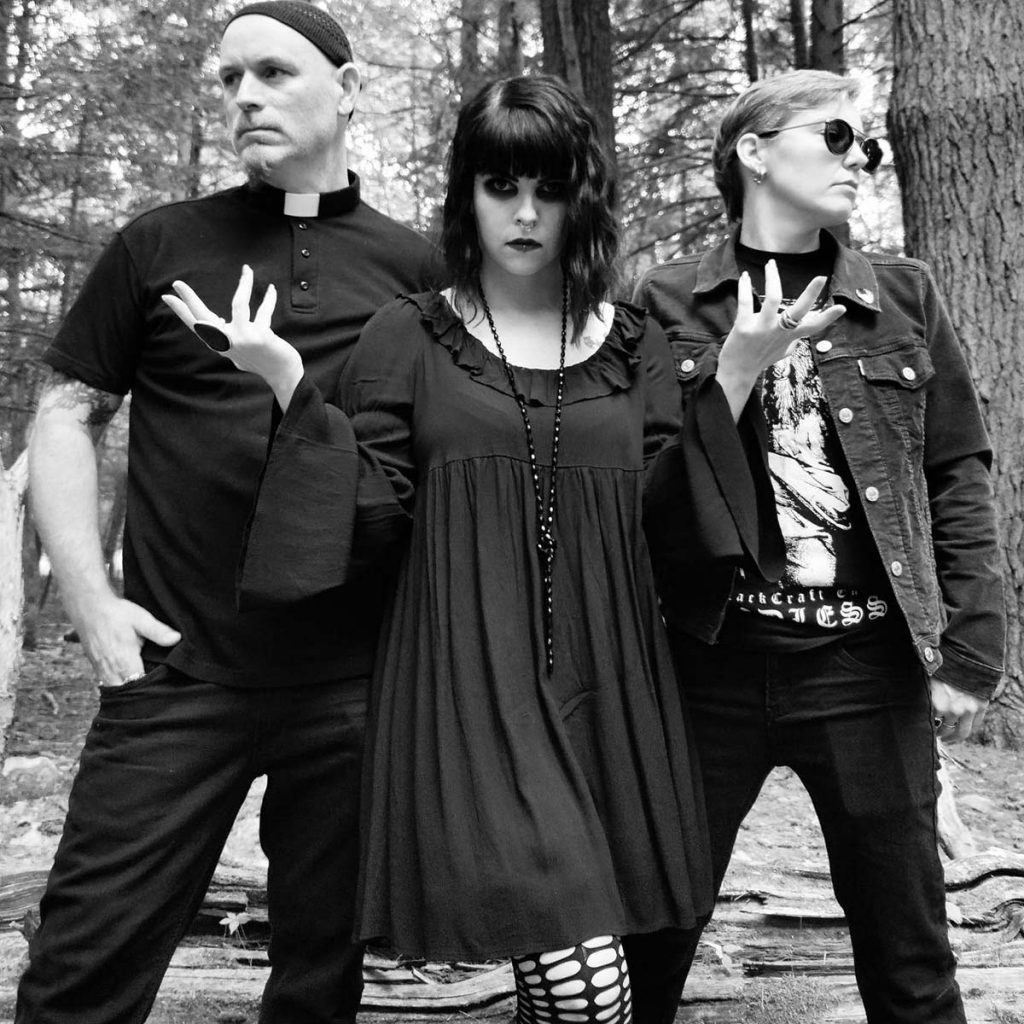 The band comments on video: “»Blood Moon« was a blast to film because we were deep in the woods at a family member’s property. It was like having a big party with friends and family while shooting a music video. Dave from Gratuitous Productions outdid himself once again with props galore and our new drummer Anne was behind the camera capturing some truly amazing shots. With the help of Joey Diabolic, the whole thing came together wonderfully. The song/video is a gathering of like-minded individuals calling out the hypocrisy of religion. Fun, fire, freedom, and Satan.”