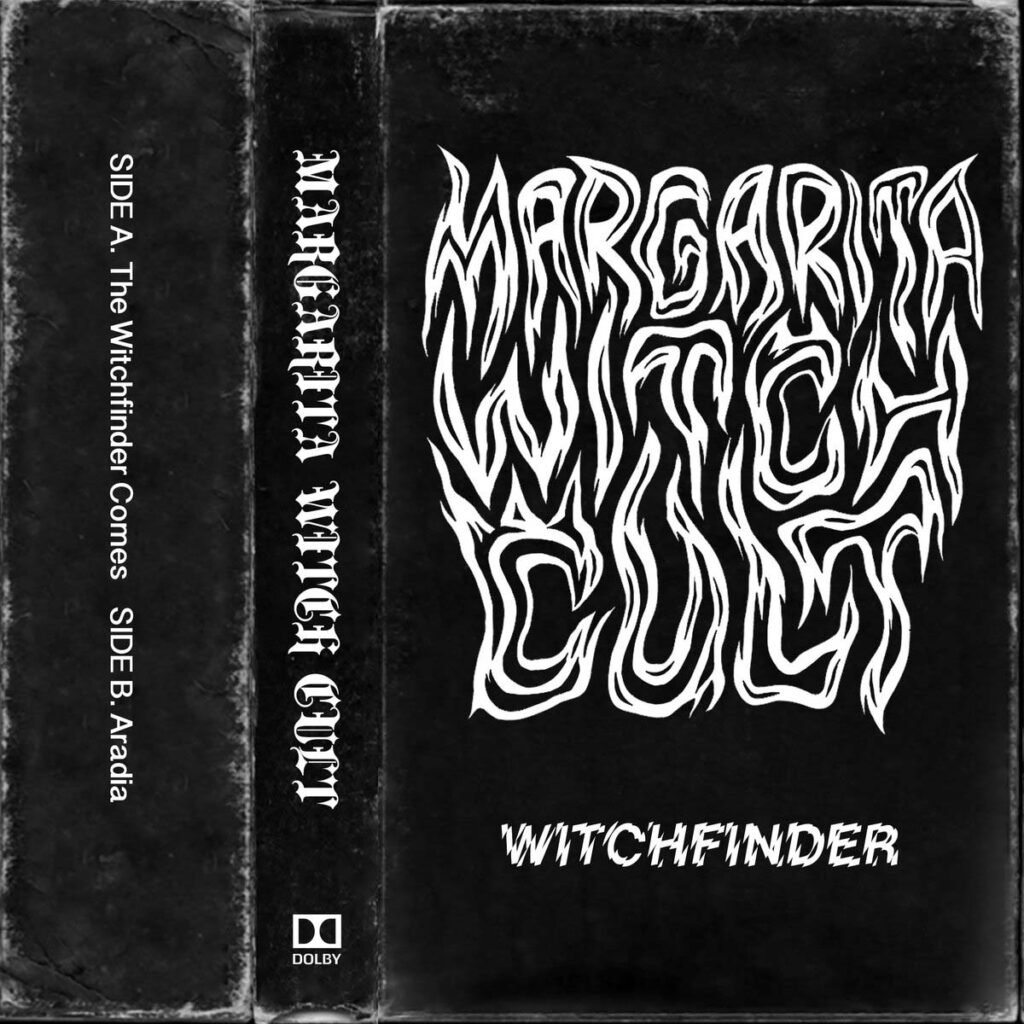 Says the band: “Our debut single »Witchfinder« is out now- check out the video for A-side »The Witchfinder Comes«, and once you’re done go order the ltd edition CD single via our Bandcamp: margaritawitchcult.bandcamp.com.”

Disciples of the riff, lurching forth from the bowels of the Home of Metal, Margarita Witch Cult give a glimpse of their uncompromising, pummeling, unholy din on their debut.

Recorded in a 12ft x 12ft practice space from a Peavey desk to a Tascam Porta-04, »Witchfinder« was captured with minimal overdubs and an aim to capture the dimly-lit powder keg of a hard-riffing power trio- just a taste of what will follow. Harkening back to the heady days of demo-tape-sharing, the deliberately mid-fi production values bring a timeless quality to the songs- like a grimy, esoteric relic found at some deranged car boot sale.

A-side »The Witchfinder Comes« is a claustrophobic, folk-horror tinged, tempo-shifting, doom-laden earworm, whilst B-side »Aradia« marries a spoken word reading from Charles DeKay’s esoteric »Bird Gods« with a groove akin to a Kyuss desert generator jam if it were hosted in the carpark of a closed-down Woolworths. 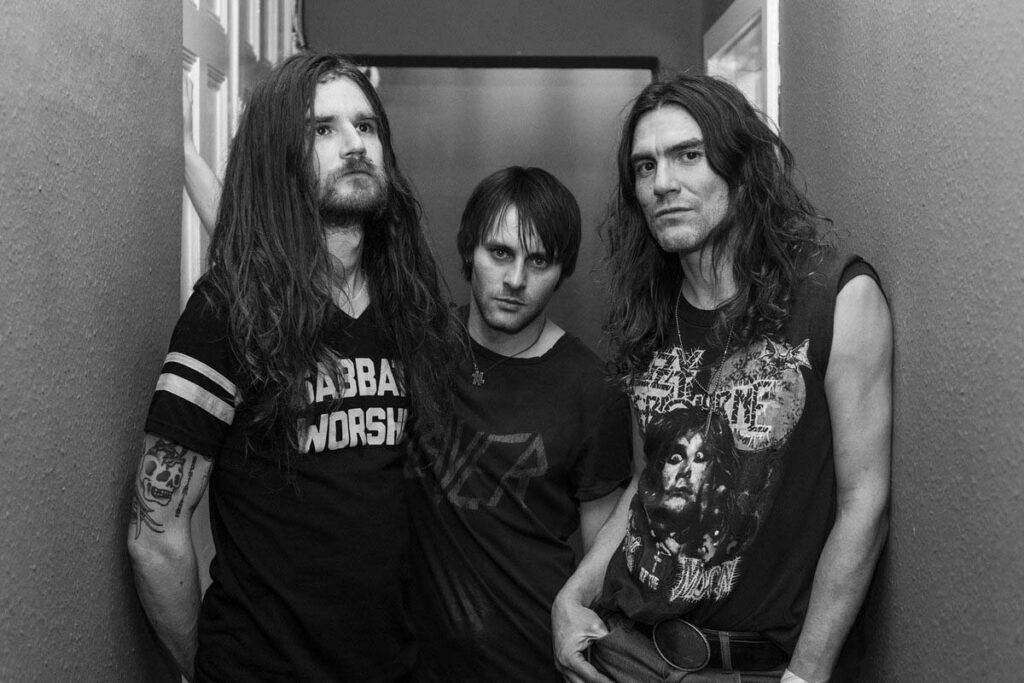