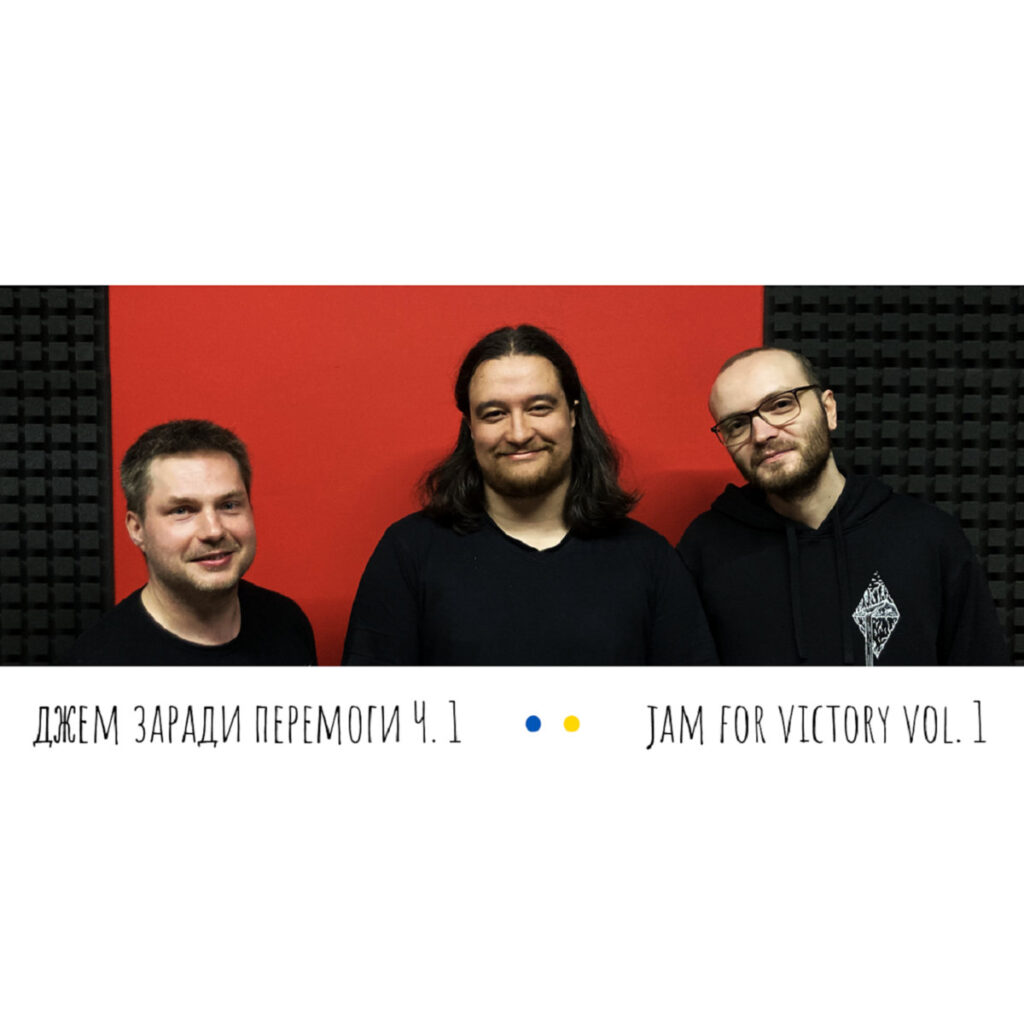 Jam For Victory was an idea by Kostyantyn Kalachikov (Shiva The Destructor, Astronaut Duck Kills) – just to get in the room with some fellow Ukrainian musicians to try and remember what it is to be a musician in these terrifying times. Olexandr Kuts (Vovk) and Igor Sydorenko (Stoned Jesus, Arlekin, Krobak, etc.) were the first people he decided to jam with, they said “let’s do this!” and couple days later their first and so far only jam session happened.

But before they played a note, Igor proposed to record their spontaneous performance just in case – and lo and behold, now you can listen to it as it was! All proceeds go to local Ukrainian charities, so feel free to support this project in any way possible. Enjoy and share!

“The plan is to make Jam For Victory a series, with each new episode featuring new batch of musicians from the Ukrainian underground scene. Enjoy and thank you for support!”