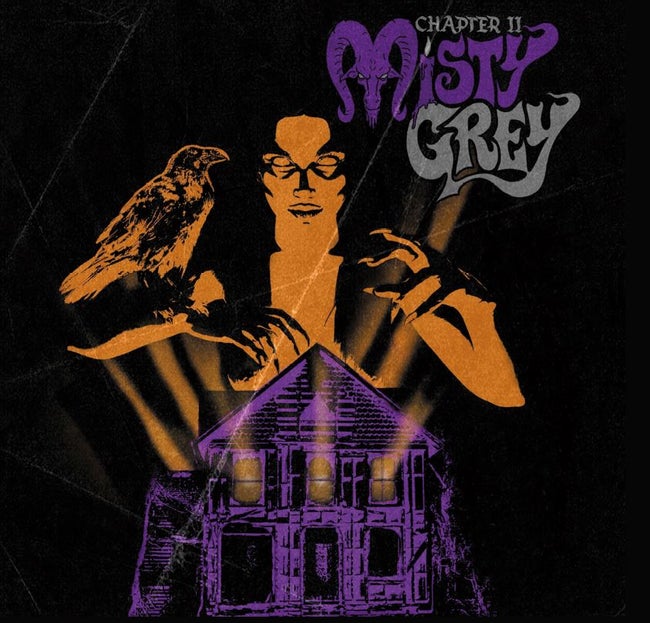 Madrid, Spain based doom metal band Misty Grey is about to release vinyl version of their second album, »Chapter II«, out on November 20th, 2020 via Interstellar Smoke Records.

»Chapter II« is available as purple & natural (colour-in-colour) limited edition vinyl housed in regular LP-sleeve, one side per band, comes with single-pocket cover and poster A3 size, double-sided insert.

Misty Grey was formed in May 2011 by Juan, guitar player of the old death metal band Sacrophobia. His objetive was to create a traditional doom metal band, in the vein of old acts like Black Sabbath, Pentagram, Bedemon, St. Vitus, Witchfinder General, Danzig, Count Raven or Candlemass. Influenced by the old and corrosive traditional sound of the seventies.

After a first short-lived formation, in October 2011 two new members join the band: Javi, with a long career on drums in bands like Dispain, Simón del Desierto and Rizoma, and Robin (of Brain Removal) on bass guitar. They continued as a trio until May 2012, when Malicia (vocalist of the extinct Bitch Witch) joined the band. In October 2012 they played their first show in La Leyenda Rock Bar, playing with the aforementioned Dispain.

In March 2013, their first demo »Demon« was released featuring five tracks as a limited cassette edition through the German labels Urtod Records and Bellum Musicae Records. In Juny 2013, they recorded a second demo called »The Third Man«, with two new songs and two covers of the American band Pentagram (»All Your Sins« and »Death Row«).

In September 2013, they played with the British doom metal masters Pagan Altar, in the legendary Excalibur Club in Vallecas (Madrid). »The Third Man« was also released on CD by Hungarian label Metal ör Die Records, including both demos and some live tracks recorded at La Faena. This compilation was released on July 9th of 2014.

The first LP »Grey Mist« was recorded at Estudios Brazil in Rivas, in May 2014. Their vocalist Malicia left the band after the album recording sesions, so Misty Grey continued without vocalist for a few months. In September 2014 Beatriz Castillo (Barren Plains, Cruzeiro) became new Misty Grey’s vocalist and after a month she debuted at Rock Palace Club with Reino Ermitaño. In February 2015 American label Shadow Kingdom Records released their debut album in a limited tape edition, and digitally. After a while, in May 2016, »Grey Mist« was released also in CD format thanks to the united efforts of labels Topillo Records, Vertebrae and Out Of The Past. In September, the band opened for the legendary epic metal act Manilla Road, again in the Rock Palace Club. 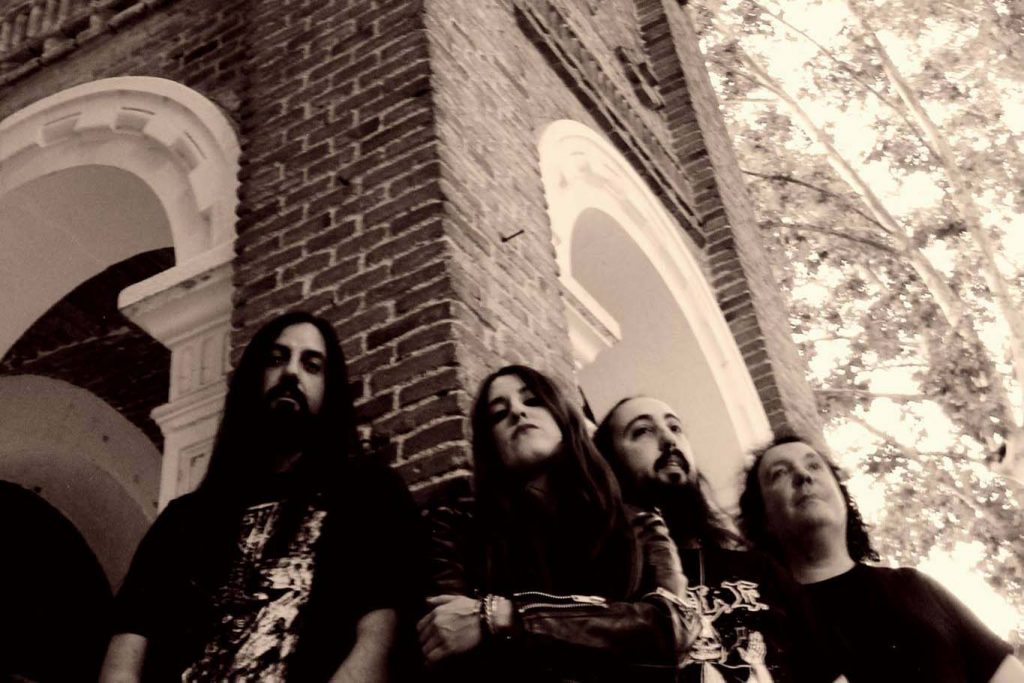 In June 2017 the band returned to Estudios Brazil and recorded their second long play and first one with Beatriz as vocalist. It includes seven new songs and was mastered in Moontower Studios by Javier Félez. The new album called »Chapter II« can be described as an act of heaviness devoted to the earliest doom style, filled with suspense by the world of the great Alfred Hitchcok to whom they pay tribute.

»Chapter II« was released in CD format by Topillo Records and Vertebrae in November 2018. Vinyl LP format will be released by Interstellar Smoke Records in 2020/2021.