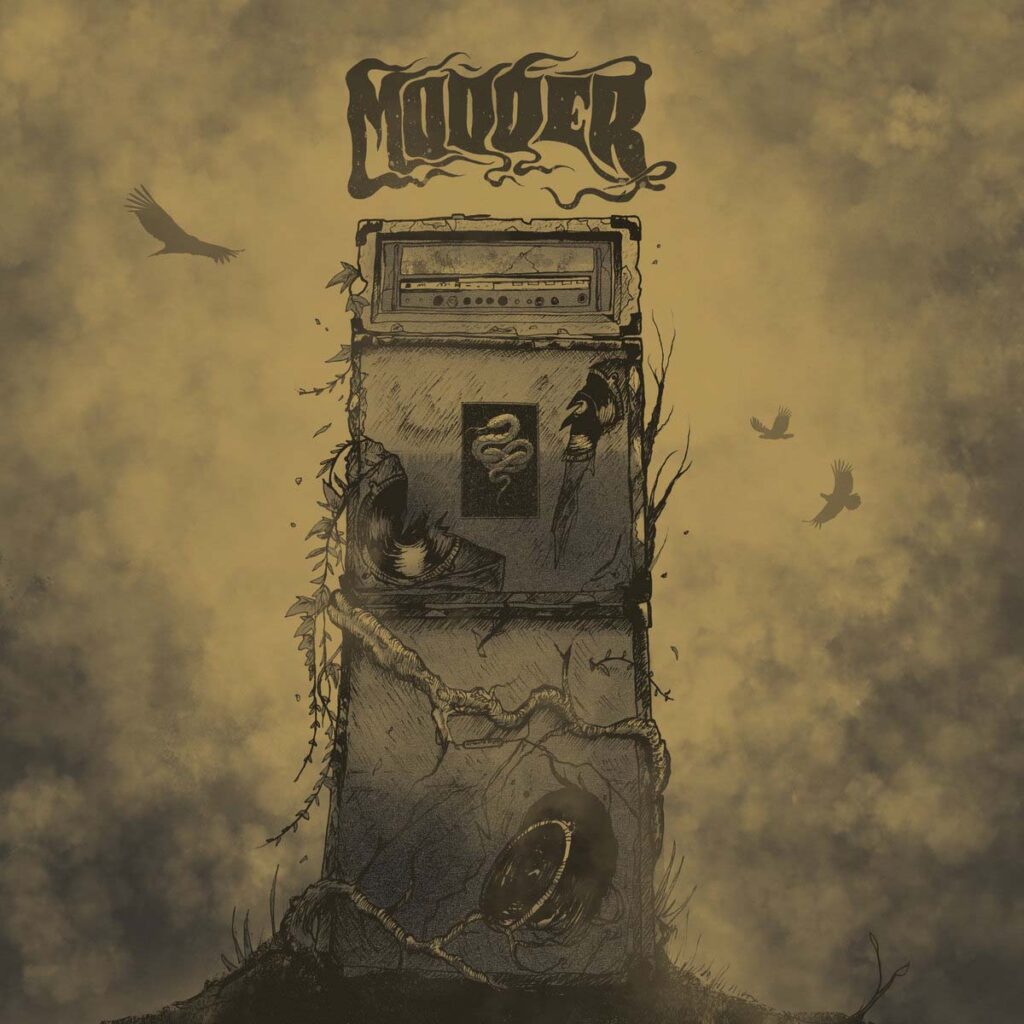 Says the band: “Our self-titled debut album »Modder« is out on Lay Bare Recordings & Consouling Sounds. Much love to both for giving us a platform to spread our riffs to the world.”

Written, mixed and mastered by Mathlovsky.
Artwork and design by Throne.

Belgium’s Modder started out as a passion project between guitarist, songwriter and producer Mathlovsky and his longtime companion Gregory Simons on drums. In November 2020 they released their massive first single »Mudslinger«, which is an impressive 21 minute long riff-fest referencing artists like Sleep and Mastodon.

Following the release of »Mudslinger« bass player Maurice van der Es, guitarist Maxime Rouquart and synth wizard Simon Felix joined the duo to extend the sonic mayhem into a tight and pounding live band. Despite being completely new to the scene they have already managed a spot at this year’s edition of Desertfest Belgium. 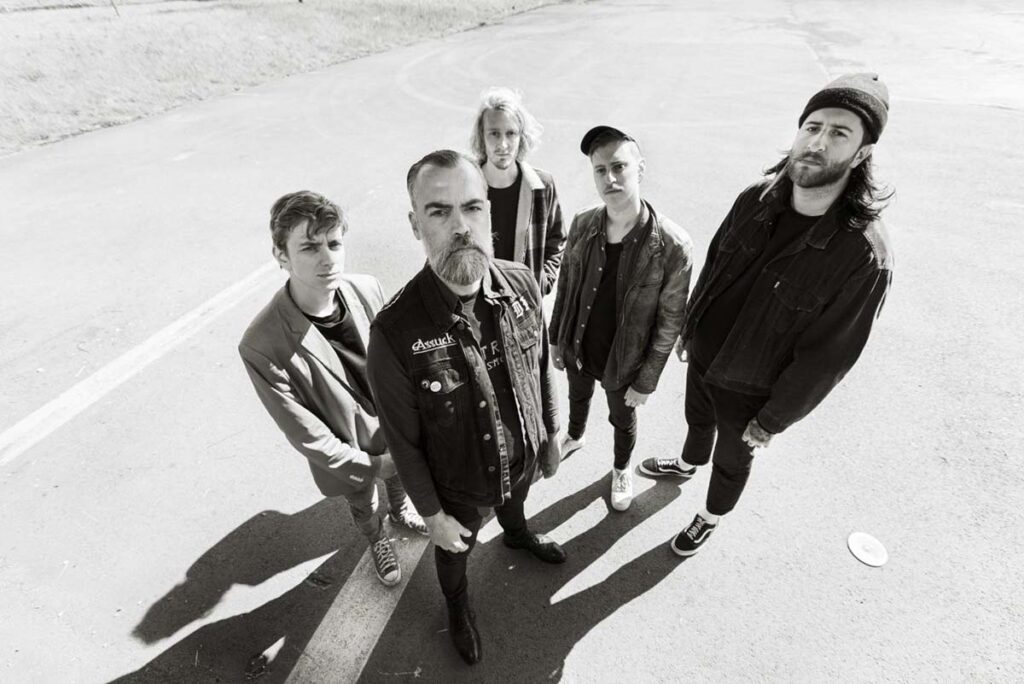 The record’s sonic palate consists of riffs that are designed to make your neck break, supported by thundering bass lines and grooving drums. Surrounded by industrial samples and synths they forge a unique sound in the sludge landscape that Modder finds themselves in.