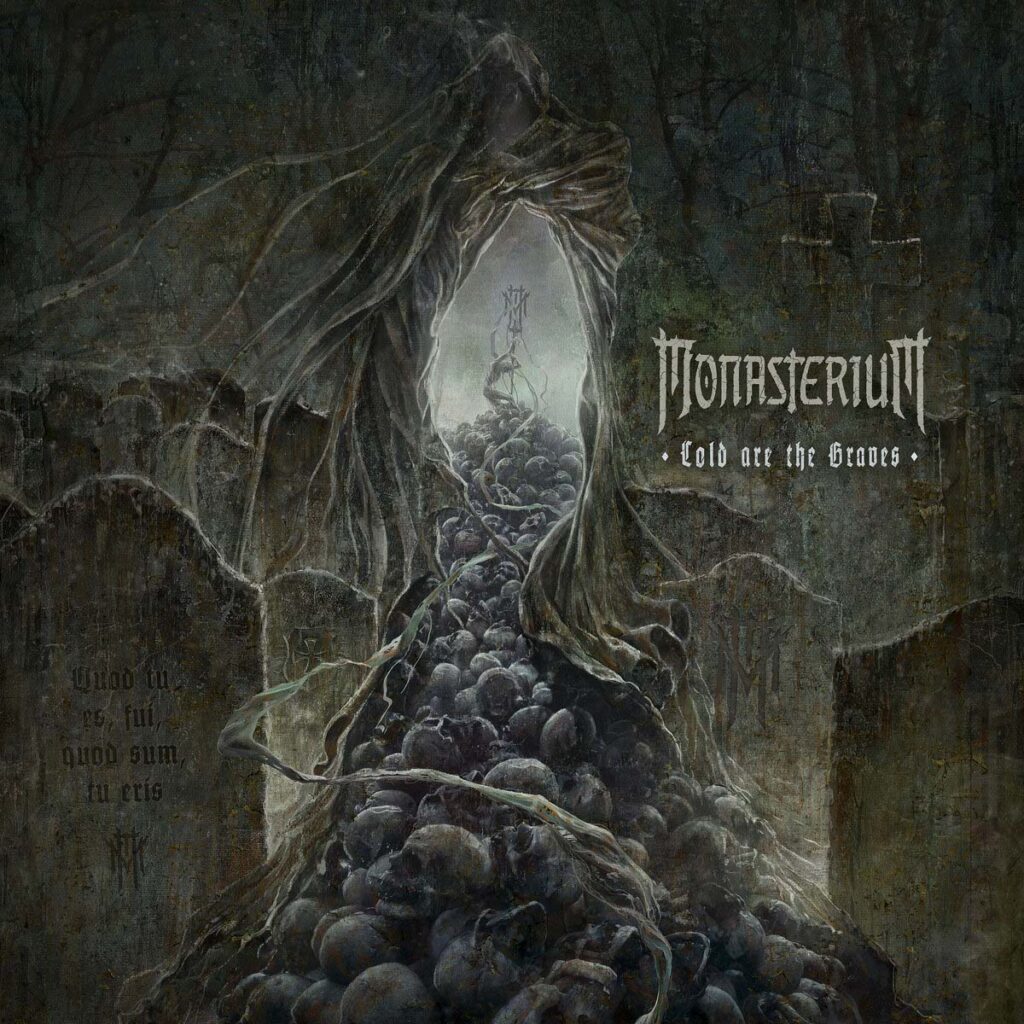 »Cold Are The Graves«, the colossal new album from Polish epic doom crew Monasterium, is now available on 180gm black vinyl LP format through Nine Records! Purchase at the links below!

Nine Records released »Cold Are The Graves« on CD and digital formats in June. The album is streaming in its entirety on Bandcamp. 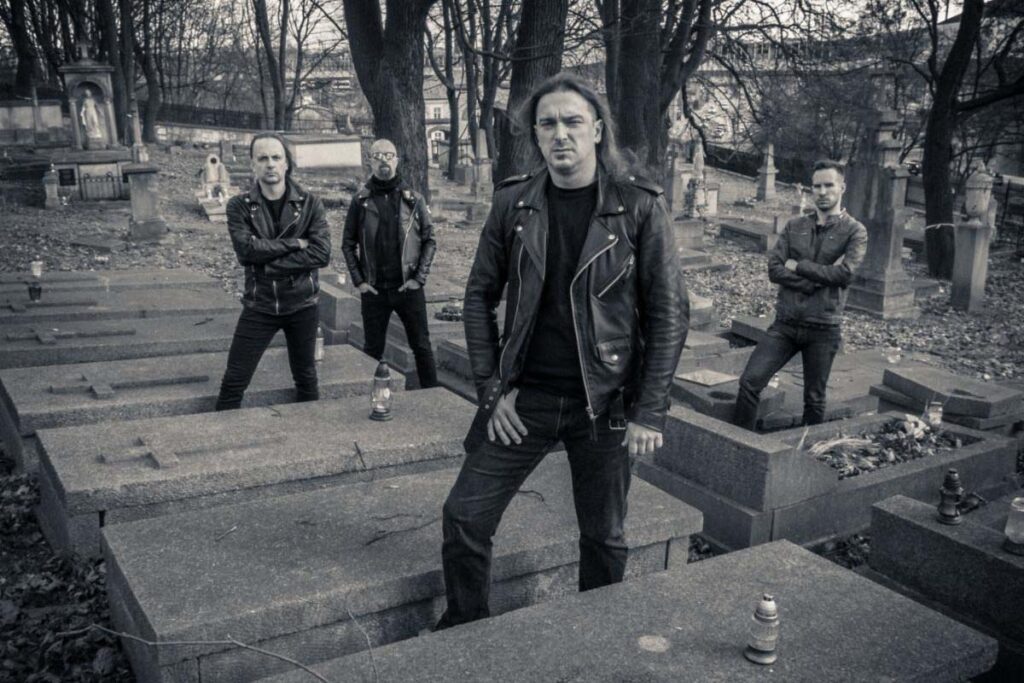 Monasterium won critical acclaim of the metal underground and was promoted live at the highly esteemed European metal festivals: Hammer Of Doom, Up The Hammers, Malta Doom Metal Festival, Doom over Vienna, and the Seeds Of Doom Festival. 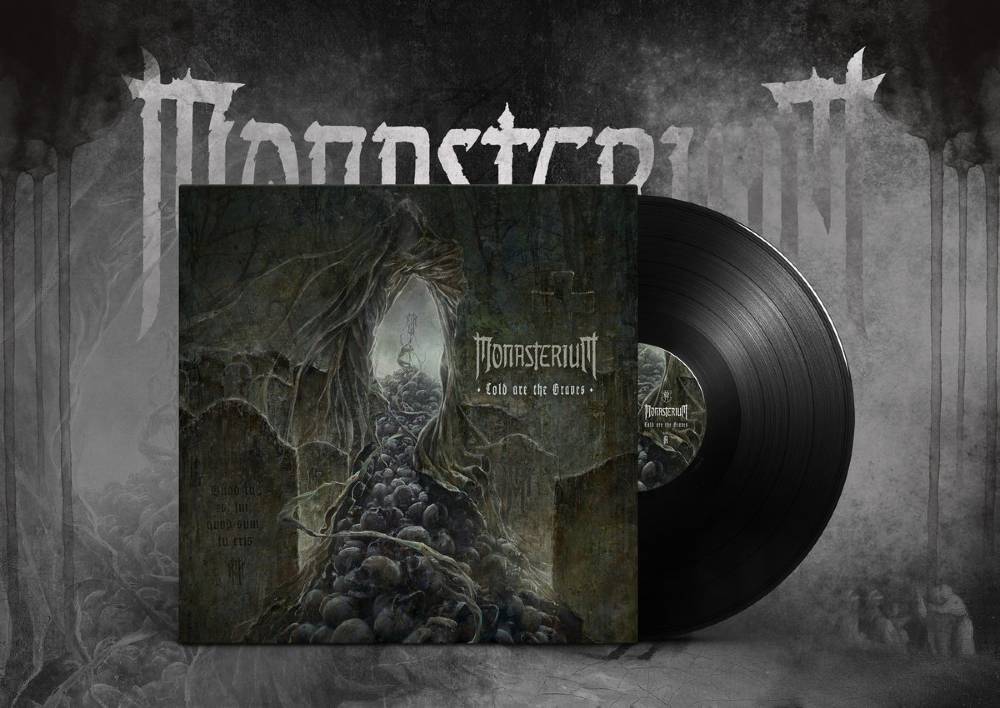 “»Cold Are The Graves« pulls out all the stops again and lets Monasterium shine brightly. Great music that deserves to be appreciated!” (9/10) – Metal Factory

“There will always be a champion of the grand, striding thunder, wielding mighty riffs and powerful vocals. »Cold Are The Graves« is that champion’s weapon of choice, and potent it surely is. All hail!” – The Sleeping Shaman

“In reinforcing their dedication to the true spirit of heavy metal as they see it, Monasterium take their most dire, dead serious tone in deliverance of narrative beset by sanctimonious martyr, sword n’ medieval sorcery and a general muse upon mortality for their third and finest album.” (82/100) – Grizzly Butts

“This epic doom metal band from Kraków, Poland keeps on providing heroic and triumphant hymns to obscure memories of our past and fantasy realms.” – No Clean Singing

“Metalheads who can imagine a combo between Candlemass and Manilla Road should definitely give MONASTERIUM a chance.” (8/10) – Obliveon

“»Cold Are The Graves« is an album that fans of epic heavy metal/doom should definitely add to their collection.” (85/100) – Musika

“This album represents the ideal soundtrack for a cheerful nocturnal outing to cemeteries.” (4/5) – All Around Metal

“The Poles are clever and inspired. A very good album.” – Rock ‘N Force

“What we have here is some major talent bringing an offering to the gods of metal and doom.” – Musipedia of Metal

“Balances innovation and craft in musicianship on a knife edge with a solid guitar sound from the more modern age of the Doom genre, making this an album of now, compared to the vocal performance, which is very much timeless. A rousing experience.” – Metal Noise

“Epic doom in the classic ‘80s style. It is hard to imagine you not being able to sink your teeth into what Monasterium has cooked up.” (4/5) – The Metal Crypt

“With sublime, often melancholic and always heavy-riffing hymns, the Poles invite you to take a walk through the cemetery and roll down many a gravestone in the process.” – Metal.de

“A genuine dose of passion, cast into the music like molten steel.” – Metalitalia