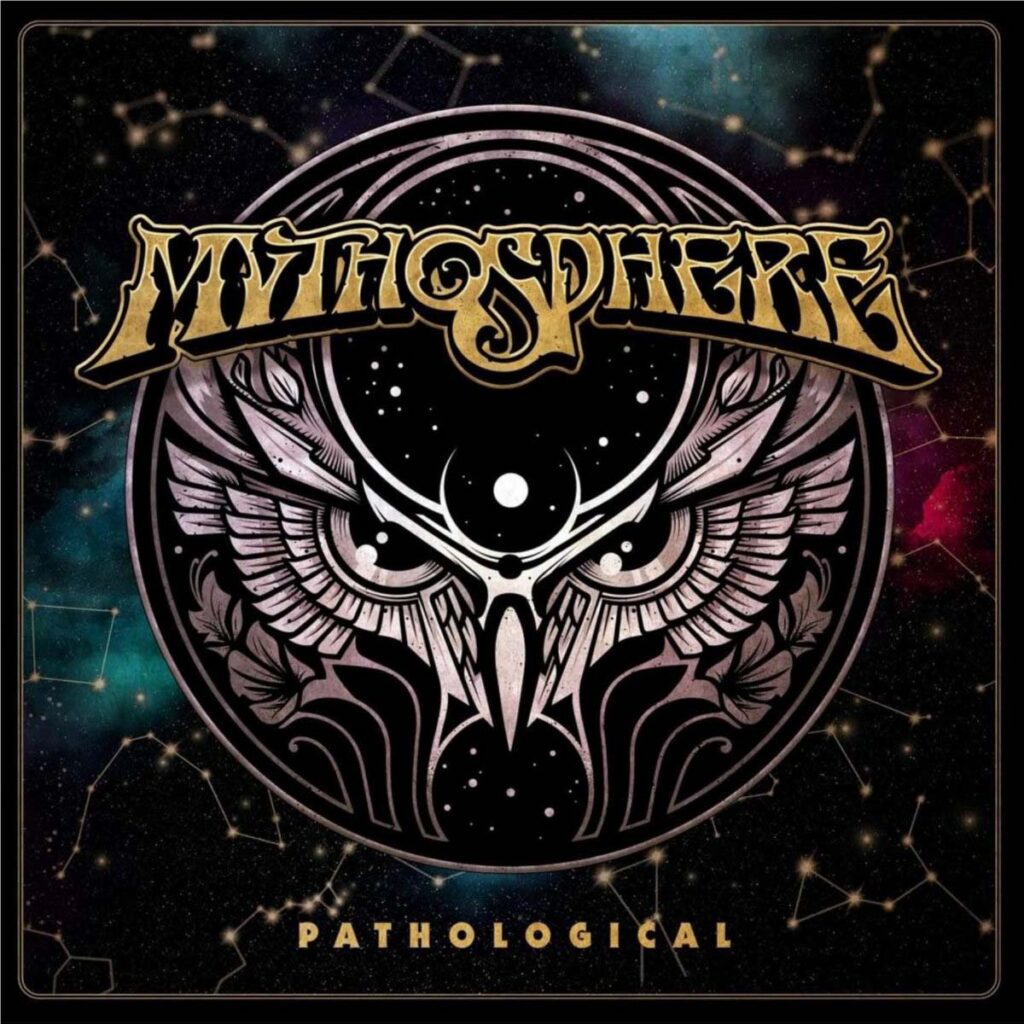 American progressive/psychedelic metal band Mythosphere release a lyric video for the track »For No Other Eye« from their debut album, »Pathological«, out on November 18th, 2022 via Cruz Del Sur Music.

U.S. progressive/psychedelic metal quartet Mythosphere – featuring past and present members of Pale Divine, Beezlefuzz and Fates Warning – have released a lyric video for »For No Other Eye«, a track from debut album »Pathological«. Check it out at YouTube!

»Pathological« was released November 18 on CD, vinyl, and digital formats via Cruz Del Sur Music. The album can be streamed in its entirety at: mythosphere.bandcamp.com/album/pathological

“Plenty of records made me think, plenty more made me feel, yet these fellows have done both while intoxicating all senses with deeply memorable music. There’ll be no talking me down from a highest possible recommendation.” 100/100 – Grizzly Butts

“Melodically, rhythmically, in its construction and presentation, Mythosphere’s first full-length is a triumph of substance and style.” – The Obelisk 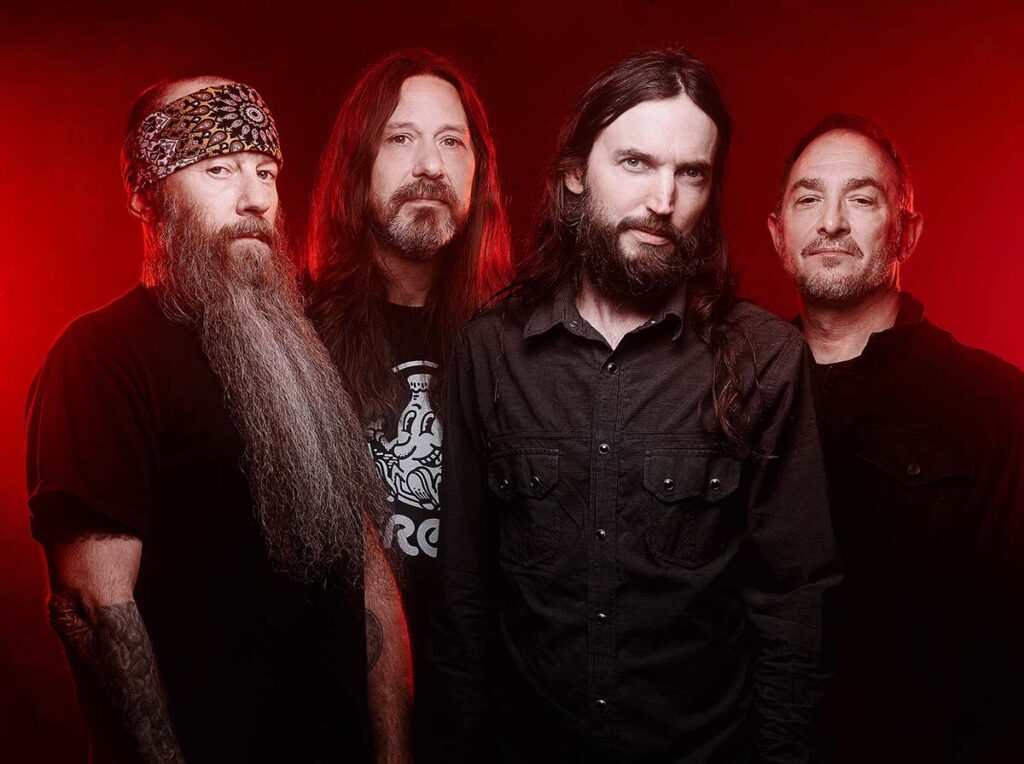 Separately, Dana Ortt, Darin McCloskey, Ron McGinnis and Victor Arduini have been involved in several American doom and epic metal touchstones. Their reputations are built upon their recorded work and live prowess, where metal is at its organic best. While Ortt, McCloskey and McGinnis have been dedicated to Pale Divine and former Fates Warning guitarist Arduini stays busy with a variety of projects, the opportunity to launch an entirely new band with Mythosphere proved too much to resist.

Rewind to 2020. Ortt (guitar/vocals) and McCloskey (drums) decided to kick the tires on some ideas meant to go beyond their other priority band, Beezlefuzz. The songs showed promise, but the pair felt something else was needed — enter former Fates Warning guitarist Arduini, who was brought on board to add solos, soundscapes and creative flourishes. McGinnis completed the quartet and Mythosphere (“the sacred narrative that permeates human life”) was born in 2021.

It was a winding course their »Pathological« debut album chartered from when Ortt and McCloskey first assembled ideas. Piece by piece, the members added new layers of depth to a style that blends true, vintage doom with progressive rock before they entered Tiny Castle Recording Studio with engineer Noel Muller. (Arthur Rizk of Cavalera Conspiracy, Eternal Champion, Kreator and Sonja fame mastered the album). Indeed, the regular overlay of acoustic guitars and bounty of striking melodies gives »Pathological« its remarkable, haunting intrigue. It is a body of work that regularly challenges and comforts the listener, particularly from Ortt’s plaintive vocals and Arduini’s acoustic textures and lead playing.

According to Ortt, the »Pathological« title track is about “questioning ourselves and surroundings, to be aware and vigilant when we become devoted to a belief, cause, community to the extreme of the suspension of disbelief and critical thinking — and also to avoid isolation and disconnection.” It intertwines with somber topics that address loss and isolation, but with the intention of good faith, based on improving interactions, understanding and empathy toward others. Ortt notes that many of the lyrics feature themes of “having beliefs challenged and the choices to be made when new information comes to light, then questioning and letting go of those beliefs that by design may be limiting and restricting to keep us confined into certain roles.”

The words “realized”, “grateful” and “enjoyable” are offered by the members of Mythosphere when discussing their newfound union and »Pathological«. They are fitting because Mythosphere is one of the few new bands with a legacy background that fulfill lofty expectations – and goes beyond. The members have already promised to continue their creative partnership. »Pathological« is just the first step on what should be a wondrous journey.