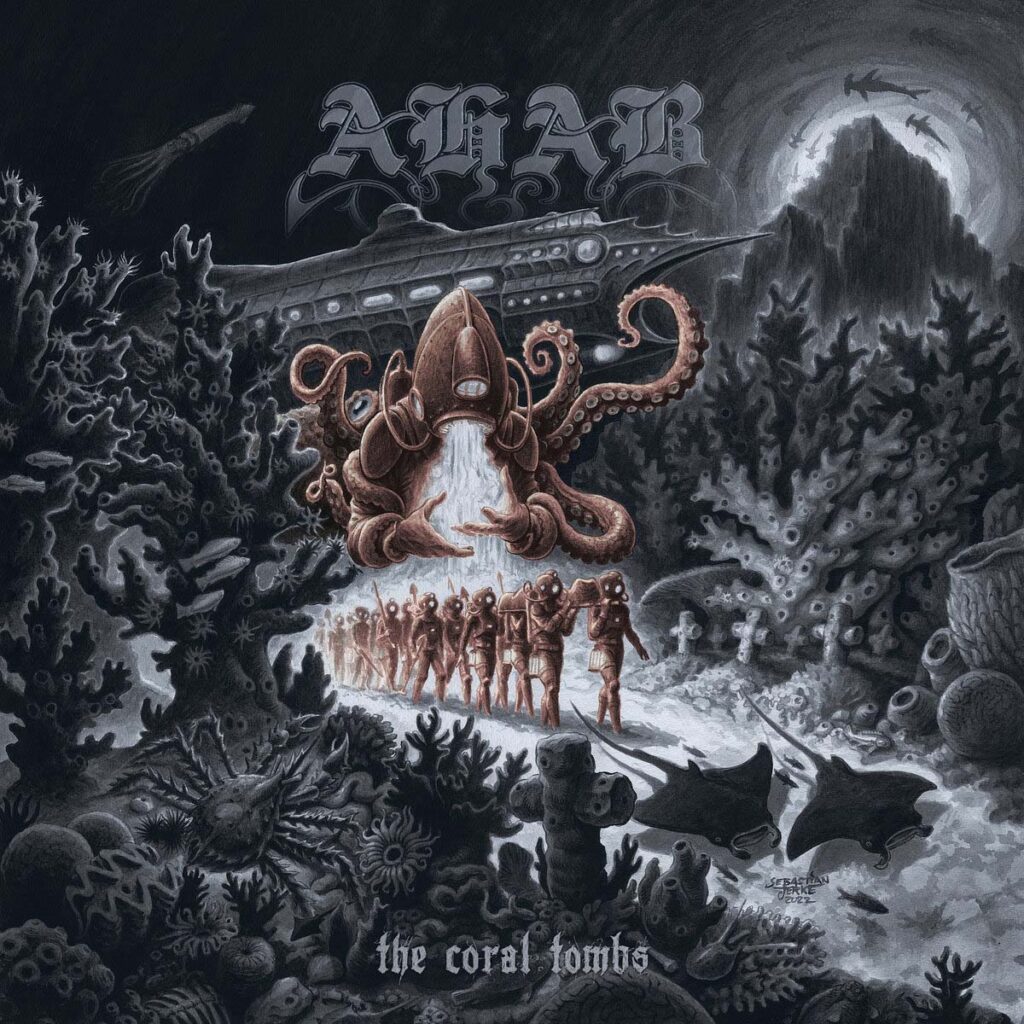 Nautik doom metal sailors Ahab unleash a music video for the new single »Colossus Of The Liquid Graves« taken from their fifth full-length album, »The Coral Tombs«, set to release on January 13th, 2023 via Napalm Records.

Following the German four-piece’s first single and lyric video for »Prof. Arronax’ Descent Into The Vast Oceans« (featuring Chris Noir of Ultha), today, Ahab have released a new track taken off »The Coral Tombs«! »Colossus Of The Liquid Graves« showcases their exceptional talent and a sound only Ahab can create. It’s evil, ugly, beautiful and heavy all in one.

Says guitarist Christian Hector about the new single and video: “I’ve always wanted to have a video for Ahab like »Colossus Of The Liquid Graves«. Actually we developed the ideas for a storyboard ourselves during a flight to a show in Athens – which was a great experience. It was so inspiring to see our ideas animated literally little by little. Needless to say, the team of puppet builders, stop motion animators and camera operators did an awesome job on getting it all done the way we had it in our minds. The story itself is quite gloomy and the video breathes life into our cover artwork. We’re all very excited and thankful for this fine little moving picture.” 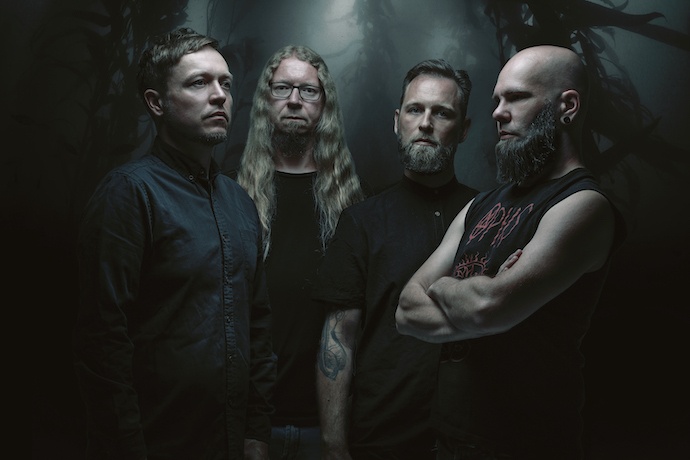 Following their much acclaimed, chart-impacting 2015 album, »The Boats Of The Glenn Carrig«, and the epic »Live Prey« release (2020), as usual, the kings of nautik doom – a genre they invented – once again interpret a maritime novel, inspired this time by Jules Verne’s masterpiece »20000 Leagues Under The Sea«. Throughout seven new tracks, Ahab take their fans on a new musical journey with Captain Nemo and Professor Arronax. Of their entire discography, »The Coral Tombs« is arguably the closest the band has come to their sound resembling a real soundtrack: it’s evil, it’s longing, it’s sad, it’s meditative, it’s cavernous, it’s vast, it’s ridiculously epic and as heavy as the colossal squid itself!

»The Coral Tombs« was recorded, mixed and mastered by Jens Siefert at RAMA Studios in Mannheim, Germany. Along with Ahab’s exceptional vocalist Daniel Droste, the album features guest appearances of Ultha’s Chris Dark as well as none other than the master of extreme doom himself, Greg Chandler – singer and mastermind of Esoteric, who closes the album and an incredible ride through the depths of vast oceans and the abysmal nature of mankind. Ahab not only invented and still steer the ship of their genre, but »The Coral Tombs« is poised to top 2023 Album Of The Year lists and will see the band sailing again as one of the best extreme doom metal bands of all time!

In support of their upcoming album release, Ahab will be playing an exclusive album release show, live in a church! Make sure to catch them at the following dates, with many more to be announced soon:
14.01.2023 (DE) Braunschweig / Jugendkirche Braunschweig (Album Release Show in a Church + Reading by Krachmucker TV’s Ernie Fleetenkicker!)
25.03.2023 (DE) Stuttgart / Club Cann