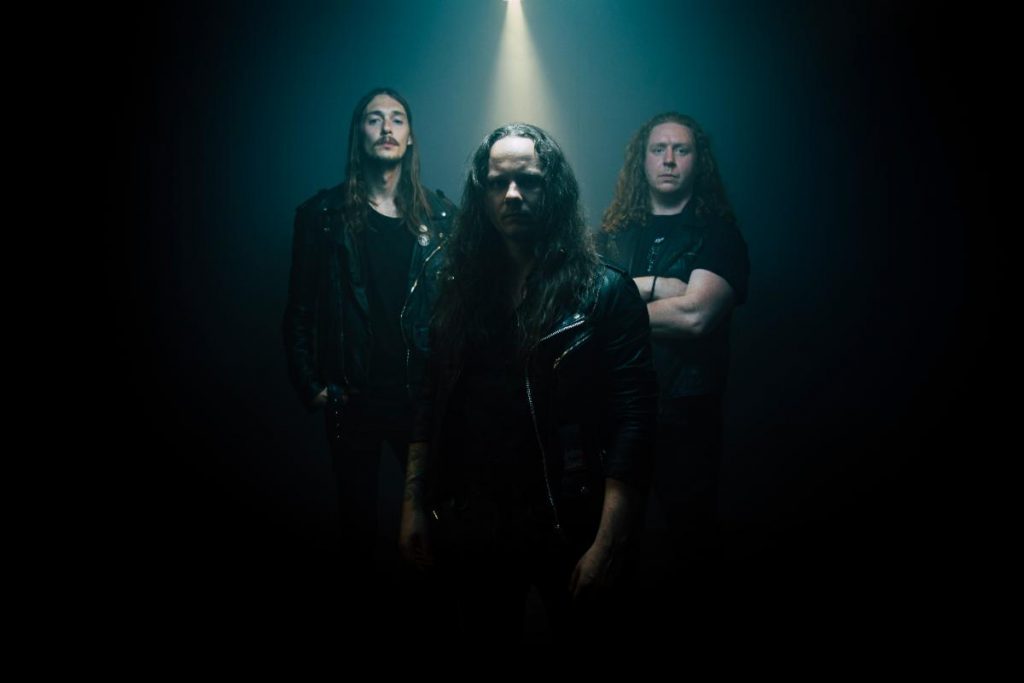 Swedish heavy/doom metal trio Nekromant premiere a music video for the new single »The Woods« taken from their latest full-length album, »Temple Of Haal«, out on December 3rd, 2021 via Despotz Records.

Nekromant about the new single: “This is a classic, unapologetic heavy metal tune. My self and probably many others are not content with living this modern lifestyle, detached from what really matters. »The Woods« is therefore an aggressive expression of Scandinavian grumpiness.”

Standing on the shoulders of metal giants such as Black Sabbath and Pentagram, Swedish trio Nekromant are well versed in the art of crushing riffs and powerful melodies, boasting a sound that echoes the might of the past with an eye cast toward the future. With a much admired set of releases to their name, the three-piece have been turning heads wherever they go with their authentic and effortlessly brilliant old school metal assault.

»Temple Of Haal« embraces a typical Swedish darkness in a desire to reject the notion of living life through social media and seeks to reconnect with the things that really matter. The new album is an unashamedly old school heavy metal record, blessed with crushing riffs and inescapable hooks. The band has a large and loyal following, and the new album is very much in keeping with what those fans have come to expect from this acclaimed Scandinavian three-piece. With »Temple Of Haal«, Nekromant brings a new level of Swedish bleakness to the world.