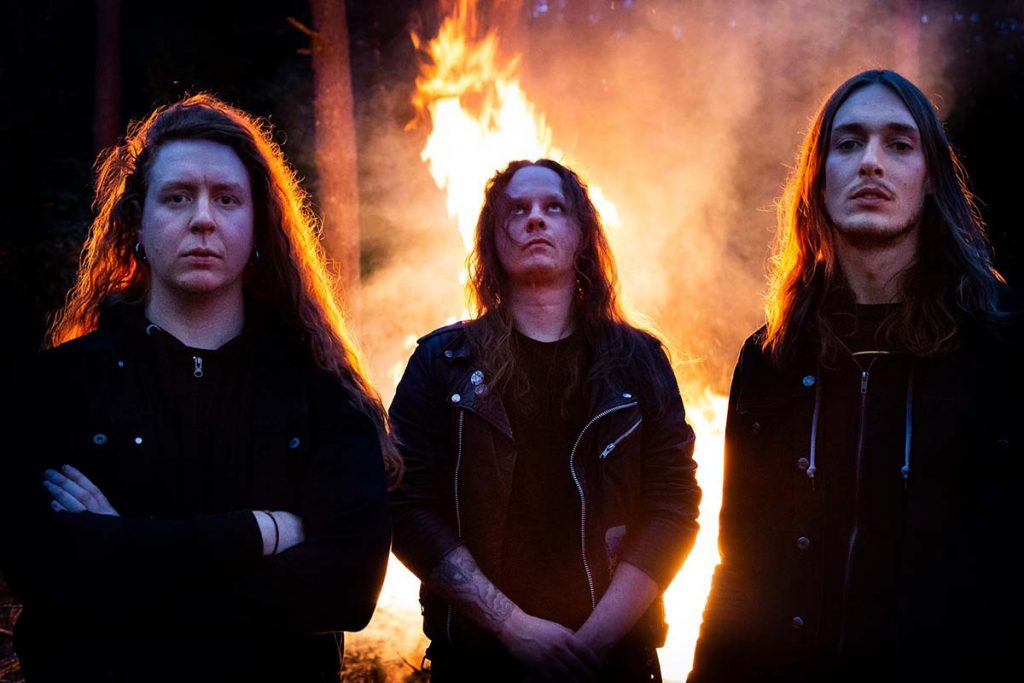 Vänersborg, Sweden based heavy/doom metal band Nekromant sign with Despotz Records for the release of their third full-length album in 2021.

The band comments: “Happy to announce that we have signed a deal with Despotz Records and have a new album planned for a 2021 release!
We want to thank Todd and the Ripple Music-crew for these last couple of years. Hope to see you guys and all the Ripple-bands somewhere along the way in a not so distant future!
Stay tuned for further details about the album and thank you all for your never ending support!”

Formed back in 2011 by Mattias Ottosson and Adam Lundqvist, the goal for Nekromant (then called Serpent) was not difficult to understand. Sick and tired of both the new-“metal” scene and the overly pretentious retrohipsters, the boys commenced in a series of jamming/drinking sessions in the metropolis Mjölby, located in the east part of Sweden. Playing hard rock with a monstrously heavy, blues-laced beat was the goal then, and it still is.

Although these sessions resulted in both a full album and an EP, it was not until they joined forces with Jocke Olsson, a hard-hitting drummer with roots in both heavy metal and other types of music, that the powertrio we now call Nekromant (Serpent) was born. The year was 2013 and the band had now relocated to Vänersborg, since all three was born and raised there.

The chemistry was obvious. The first tracks of what would become the album »Nekromant« started to take form, as well as the gritty, honest and heavy sound of the trio. During the fall of 2013 Serpent conducted their first live gigs, and soon many more followed. After many chaotic gig-weekends (and a few broken bones) the trio had become a powerful live act with solid tracks and a confident sound. A new album was needed.

In the spring of 2015, Serpent along with their trusted sound engineer Charlie Johansson entered Studio N3 in Trollhättan, Sweden. A couple of days later Nekromant saw the light of day for the first time, a collection of the best and most powerful songs the trio had written during their time so far. A collaboration with Transubstans Records was initiated and the band is now more ready than ever to bring their heavy blues-metal out to the people.

In December 2016 Serpent changed their name to Nekromant and announced a new album for 2017, titled »Snakes & Liars«, which was followed by »The Nekromant Lives« in 2018 via Ripple Music.