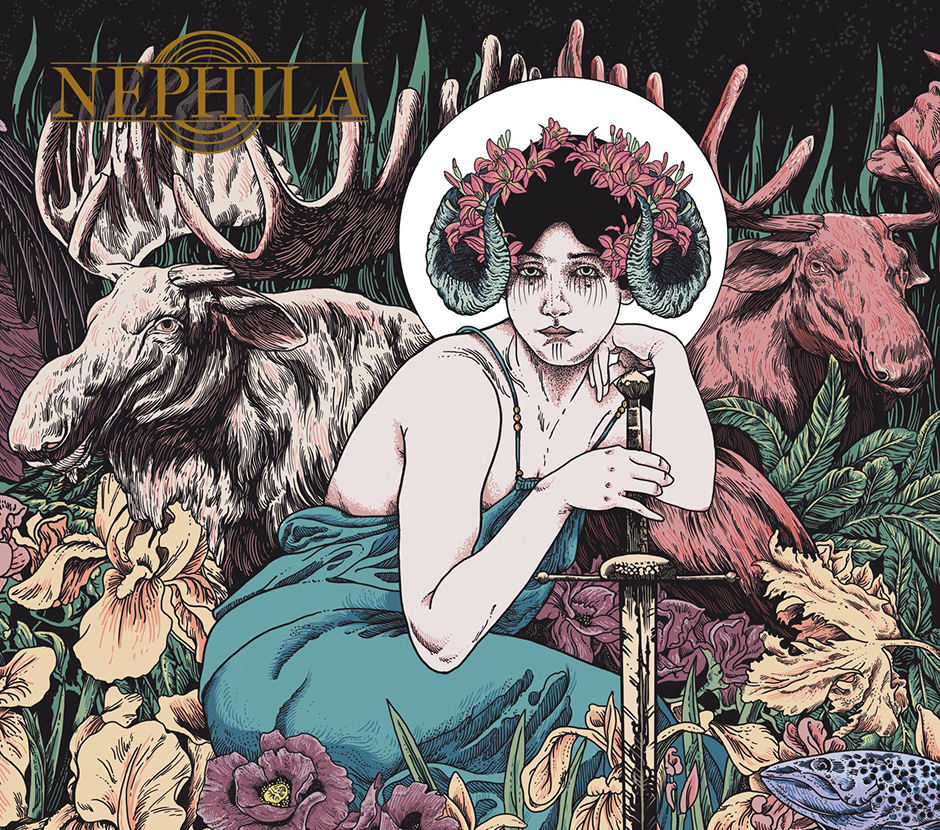 Swedish occult rockers Nephila release the third single »Guidance To Agony« taken from their upcoming self-titled debut album, out on June 4th, 2021 via The Sign Records.

Says the band: “We released our third and last single »Guidance To Agony« from our upcoming album that will be released 4th of June.
The single is available on Spotify, Apple Music, YouTube and all other major platforms!”

Swedish psychedelic rock band Nephila is set to release their self-titled debut album on The Sign Records. Drawing inspiration from 60s and 70s folk and prog rock, the album includes seven experimental tracks that launch the listener into a journey through space and time. The signature mix of retro rock and heavy guitar solos with fantastic vocal harmonies from their two lead singers makes this album truly stand out. Consisting of seven masked musicians, Nephila combines progressive songwriting and visual expressions to merge mysticism, folklore, and storytelling into a theatrical journey.

Nephila won the nationwide Swedish music competition LiveKarusellen in 2019 and made an impact on everyone who attended. The band consists of members who’ve had success with the Swedish retro rock-band Children Of The Sün, who won the same music contest the previous year and who also released their debut album on The Sign Records.

Nephila’s self-titled debut will be released on vinyl, CD, and digital formats via The Sign Records on June 4 2021. 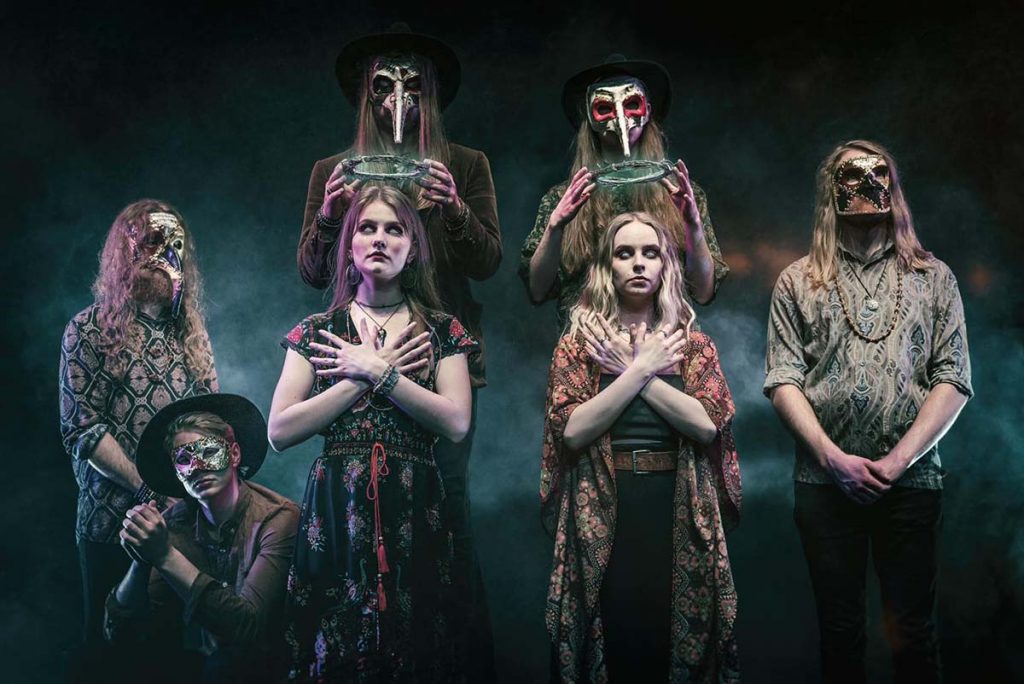 Nephila brings progressive and psychedelic dreams combined with heavy blues rock and theatrical expressionism. The band is a seven-headed rock orchestra that draws from the best of 60s and 70s experimental rock and adds a touch of mysticism and visual storytelling. The group travels across dimensions and through history to tell its stories, opening up new realities with dynamic songs, progressive melodies and fantastic dual lead vocals. Nephila invites listeners to join their travelling theater on its voyage through realities known and unknown.

With members hailing from retro rock band Children Of The Sün, Nephila’s reverence for 70s space rock is strongly evident in the band’s classic progressive sound. Powerful guitar solos and psychedelic melodies bring to mind pioneers such as Jefferson Airplane and Sweden’s Abramis Brama. To complement its hard rock-based sound, the band also makes use of mystical visuals to create a unique multi-sensory experience informed by some members’ backgrounds in theater.

Nephila invites you to take part in the thrill that they will bring throughout 2021. Having already released the single »White Bones« on January 15, the band plans to keep up the tempo throughout spring as they lead up to the release of their debut album, Nephila, on the June 4, 2021. The record will be released on physical and digital formats via The Sign Records.

“Nephila’s strength definitely lies in our performance”, says one of the lead singers, Stina. “The mystique is important. We all have strong personalities and our masks create yet another dimension. No matter what happens to any of us, the mask always lives on.”