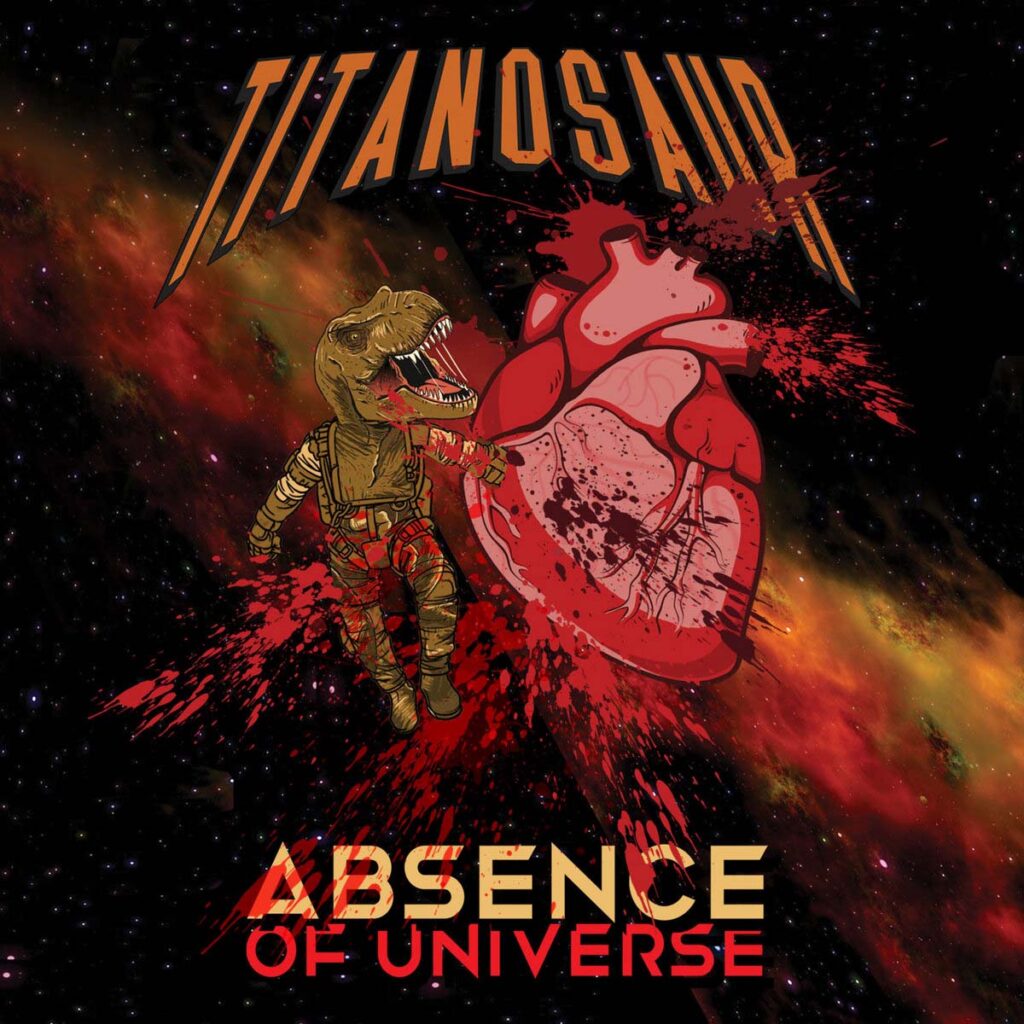 Hudson, New York based one-man stoner punk band Titanosaur presents his new album, »Absence Of Universe«, which was just released on February 4th, 2022 via The Swamp Records in digital format and CD.

“NY hard rock/metal. A dash of Monster Magnet, pinch of Red Fang, large dose of Motörhead and some Ramones for good taste all poured over a bed of Black Sabbath!”

Created by Geoff Saavedra, Titanosaur is the meat in a rock sandwich, with two slices of Motörhead/The Ramones bread, some Monster Magnet cheese, and your pre-requisite Black Sabbath garnish.

Geoff started recording for Titanosaur in early 2017. Since then, Titanosaur has released »Eat Me« (2018), »II« (2019), »Messages« (2020), and »Inti Wañu« EP (2021), the latter solidifying the band’s sound. Titanosaur also released a collaborative Motörhead cover of »Mean Machine« with DemonScar that has gotten a ton of traction on Spotify. 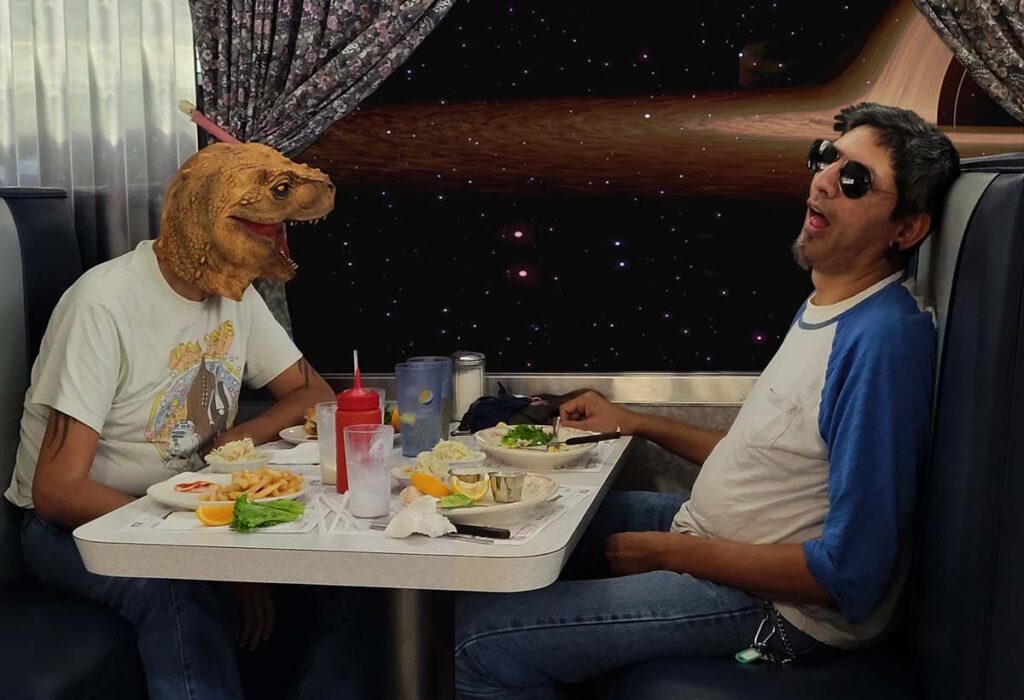 Titanosaur doesn’t seem to be slowed down, since they plan to release the album »Absence Of Universe« in 2022. »Absence Of Universe« has a solid musical direction with the influences of Ministry, Sepultura, Mastodon, and Killing Joke. The band has released the singles »Conspiracy« and »We’re All Waiting« and plans to release more music in the future.