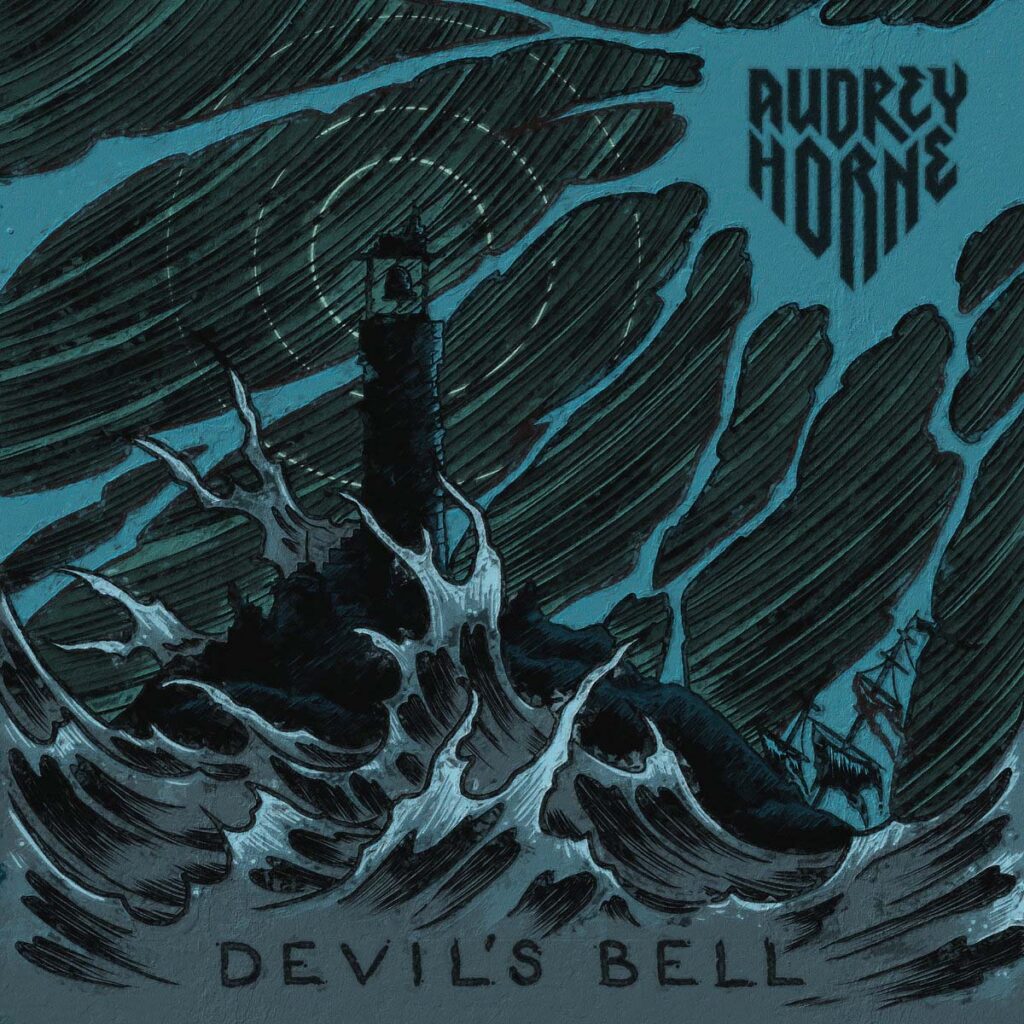 Watch a music video for the title track »Devil’s Bell« below!

Four years after their much-praised »Blackout« record, Bergen-based heavy rock outfit Audrey Horne has announced the release of their brand new studio album! Their seventh full-length, entitled »Devil’s Bell«, will be released on April 22, 2022 via Napalm Records, and as the first single demonstrates, will be a massive rock’n’roll album full of infectious earworms!

»Devil’s Bell« offers nine fist-pumping songs that will shake concert venues worldwide. Frontman Toschie once again proves that he has one of the most charismatic and energetic voices in rock. The kinetic guitar-work of Ice Dale (Enslaved) and Thomas Tofthagen (ex-Sahg) underlines an outstanding genre-warp of 70s and 80s rock via NWOBHM, keeping the music rocking and the listener locked in.

As with every Audrey Horne album, there are no duds or misfires as the songs flow together seamlessly, making »Devil’s Bell« a delight to play from the first note straight to the end. The band is tight, the music is festive, and the songs stick upon first listen – that’s how a modern hard rock album should sound! As a first taste, today Audrey Horne have revealed the album’s melodic, hard-rocking first anthem, the title track »Devil’s Bell«. 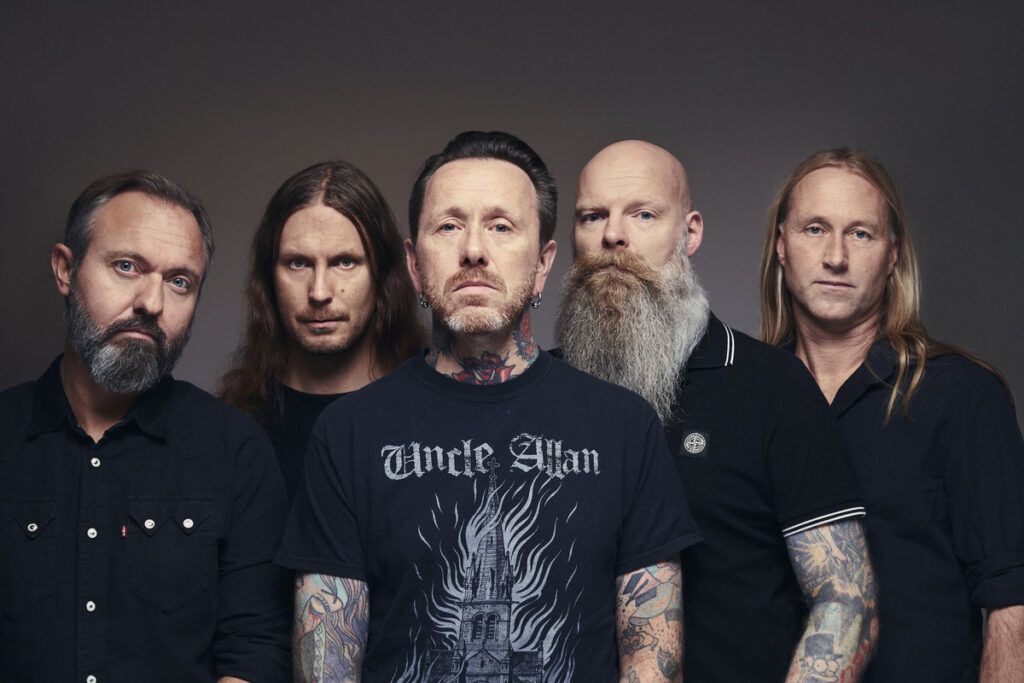 Frontman Toschie says: “We are truly excited to be back and to present the first song from our upcoming album: »Devil’s Bell«. The title track has the classic Audrey Horne sound with twin guitars, catchy melody lines and the strongest rhythm foundation since Fort Knox. The song »Devil’s Bell« is a song for the freaks of nature of this world, celebrating our differences! The video was directed by Francisco Munoz, who has made the recent Abbath videos amongst others. Sound the Devil’s bell!”

What started back in 2002 soon took the Norwegians and their expertly executed, riff-soaked fury all the way to the top of the rock scene.

Toschie adds: “20 years into our career, we are proud to say we have made probably our strongest album so far. It was made during a time of lockdown and isolation, so it became a very focused album, and an album on our own terms, even more than previously. It is 100% homegrown as we recorded it ourselves, Arve produced it and our long time ‘secret’ member Herbrand Larsen mixed it.” 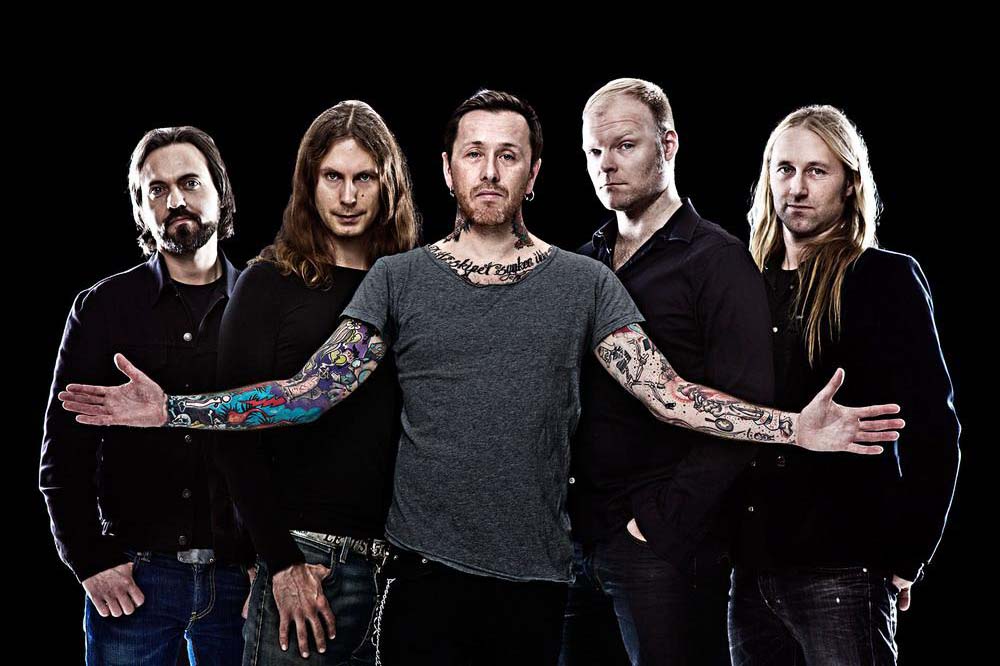 Toschie mentions that, in general, the new album is heavier and darker than the band’s previous records: “This goes for both the music and the lyrics. The song structures are a bit more complex and this also leads to longer songs in general. We have included an instrumental song on the album that really focuses on the chemistry of the band and the dynamic of us playing together. We wanted the album to have the organic feeling from the 70s and 80s records we all grew up listening to but with a more modern sound to it. We wanted a good balance between more produced songs and some songs with a more live feel to them without too many layers and overdubs. We are really happy with the way the whole album turned out and we feel that we kept the essence of the Audrey Horne but with a few new flavors added. Hope you’ll have as much fun listening to it as we had making it!”