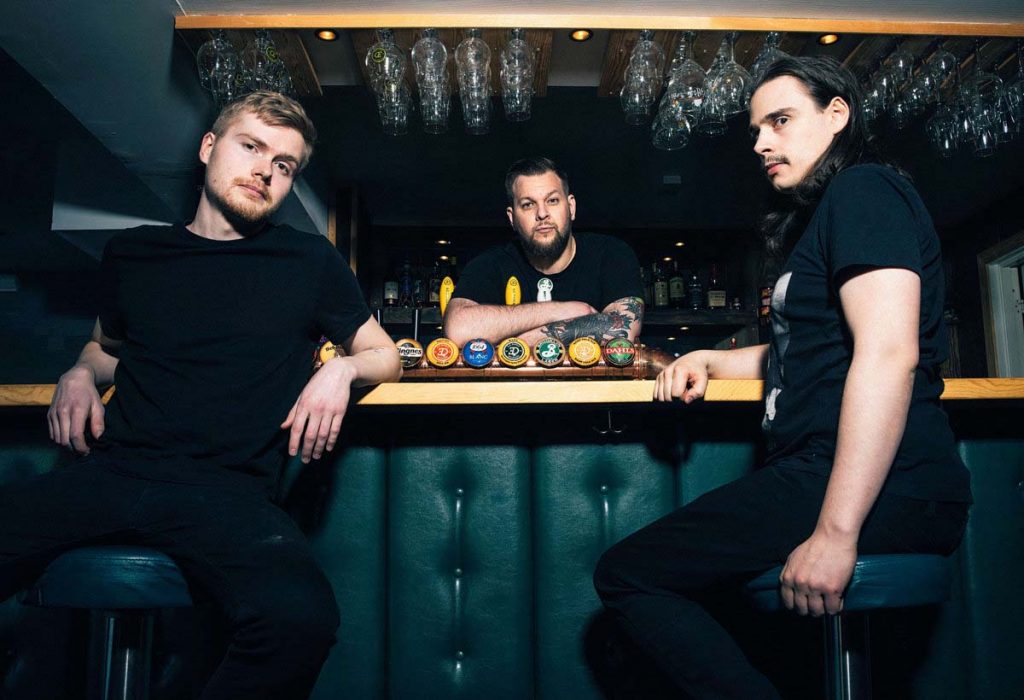 Napalm Records is gearing up for a raucous punk rock attack, welcoming Norwegian power trio Bokassa to its growing roster. Since releasing their ferocious debut album, 2017’s »Divide & Conquer«, the Norwegian Grammy-nominated band has gripped major attention by fusing polished punk, hardcore and metal riffage, stoner rock grooves and hooky lyricism – forming their own self-proclaimed brand of gritty stoner punk. Upon release, their aforementioned debut was urgently hailed by critics all over the world and placed prominently on several “Best Of” lists.

From there, Bokassa performed on some of Norway’s biggest festivals like Øya, Stavern, Pstereo and Malakoff, just to name a few, and toured throughout Europe and Norway. In 2019, the band set a massive milestone when they were handpicked by Lars Ulrich to support Metallica alongside Ghost on their summer stadium tour across Europe, the UK and Russia. The legendary drummer hailed them as “his favorite new band” and described them as “insanely fucking cool” after hearing the first album.

The band’s sophomore full-length, »Crimson Riders« (2019), was critically acclaimed by respected magazines all around the globe. Kerrang’s Sam Law described the output as follows: “It’s not southern-fried licks or black-eyed breakdowns that set this lot apart. It’s a zero-bullshit mindset that sees everything inauthentic, non-essential and not nailed down cast to the wind. True grit, see, is tough to fake.”

Bokassa already found their own way out of the seething underground, and with Napalm Records, the high-voltage Norwegian outfit is now ready to enter a new, promising chapter in their budding career, taking their energizing, boisterous punk to the next level!

Bokassa on the signing: “We are extremely excited and proud to have signed with Napalm Records and to join the roster of such a legendary label. We can’t wait to show the world our new music and feel that Napalm is a perfect fit for our unholy mix of everything awesome in rock, punk and metal.”