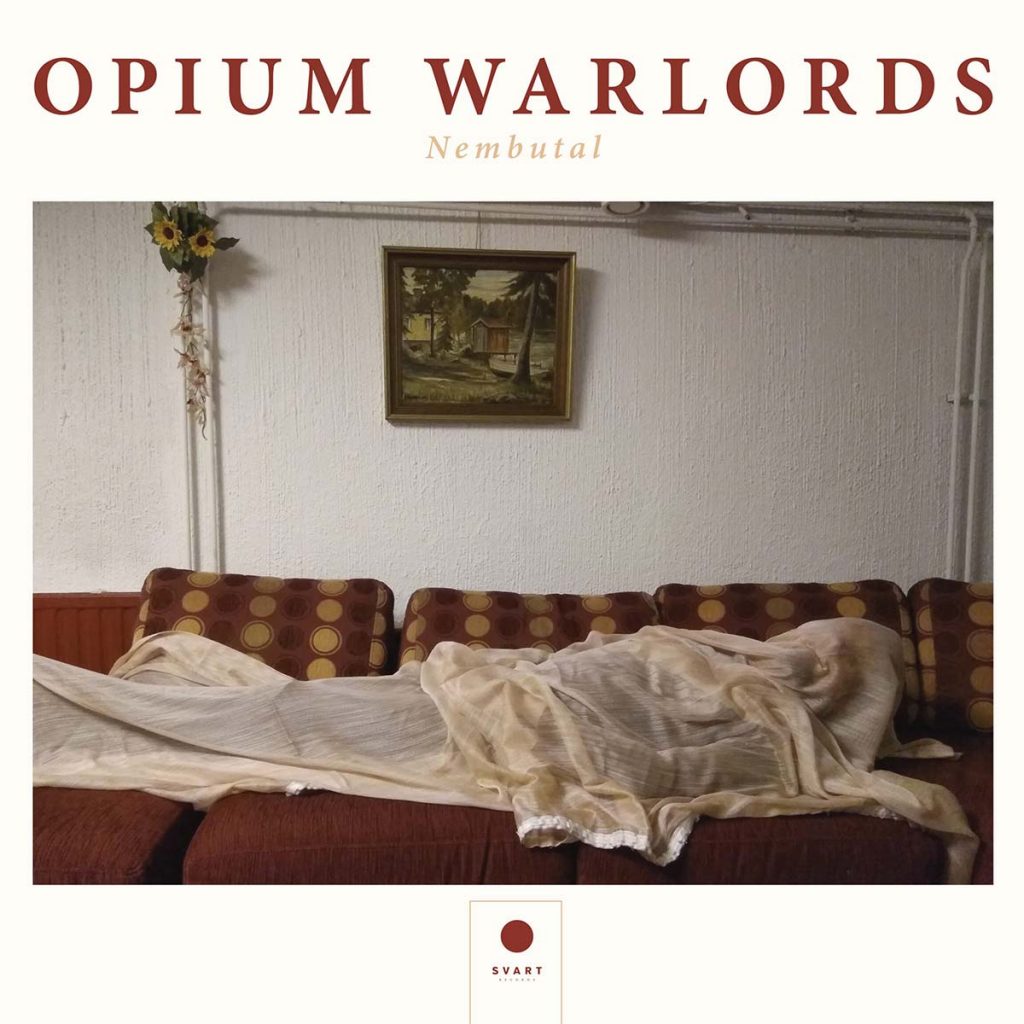 Tracklisting:
01. A Heavy Heart
02. Threshold Of Your Womb
03. The Destroyer Of Filth
04. Sarah Was Nineteen Years Old
05. Solar Anus
06. Early In The Morning The Body Of The Girl Was Found
07. Perspiring Princess
08. Xanadu

Albert Witchfinder returns to doom-laden heavy metal with the fifth Opium Warlords album »Nembutal«. Whereas the first four Opium Warlords albums were a brute depiction of psychoses, their fifth offering »Nembutal« is a sweaty return to a crystal clear existence after a most severe depression. It is a beautiful, multi-layered journey through a broken mind, inner suffering, and slow recovery; clean like a spring rain or autumn morning. It takes you on a trip that will leave you shaken, but purified.

The record is a joyful vision of death and apocalypse. The end of love, the end of pain and the end of mankind.

On its moments »Nembutal« is as Metal as it can get, but most of the time it goes beyond any categorization, even beyond rock music. Still, constantly remaining heavy and striking, like a horse whip in the hand of the iron master.

“This might be the best album I have produced so far… but then again my idea of music is completely screwed up.” says Sami.