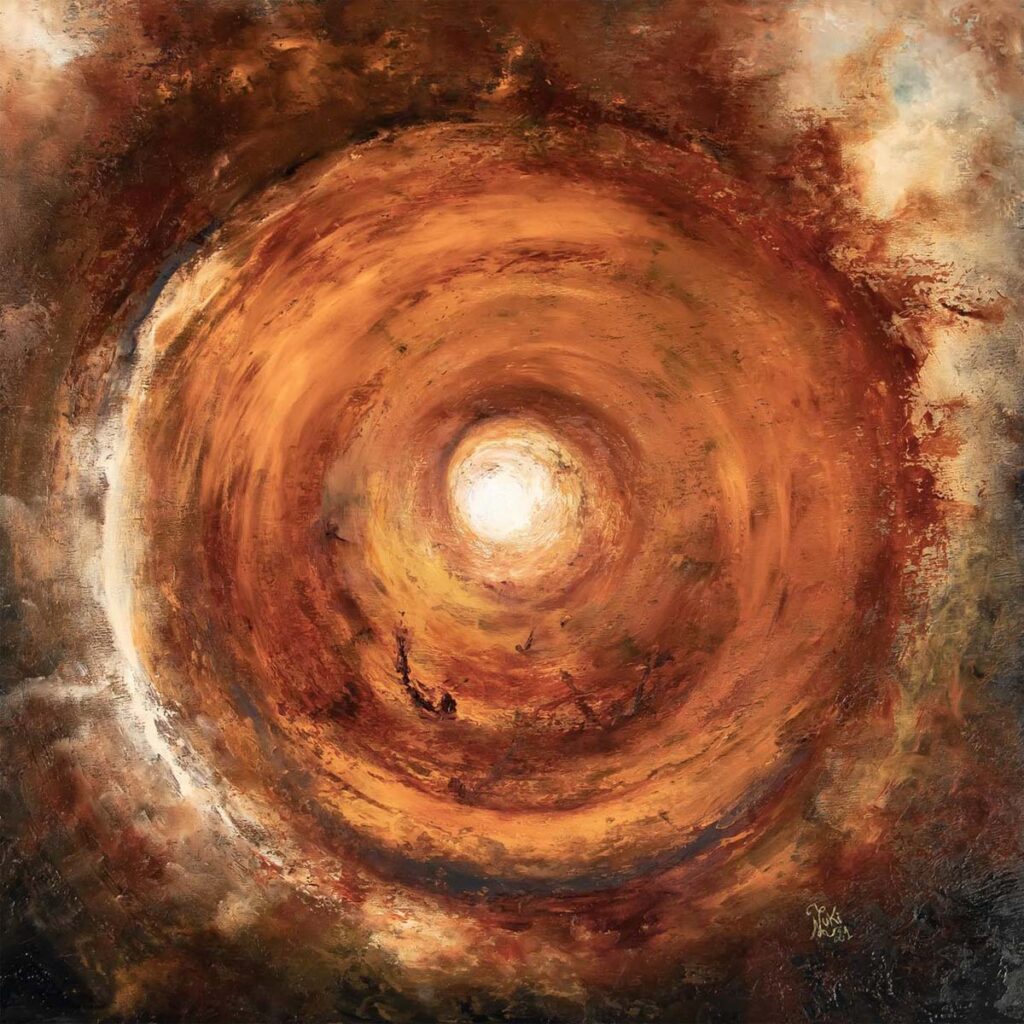 Portuguese two-piece death/doom metal band Oak drops a music video for the first single »Disintegrate I« taken from their sophomore full-length album, »Disintegrate«, which will be released worldwide on February 10th, 2023 via Season Of Mist.

Portuguese death/doom duo Oak, (with members of Gaerea) are proud to present the first single »Disintegrate I« of their second full-length album »Disintegrate«. The album will set foot on this rocky world on the 10th of February 2023. »Disintegrate I« is an extraction taken from the full album.

In celebration of this news, the song comes with a beautiful and fitting snowy music video and can be viewed via the official Season Of Mist channel.

The album is up for pre-sale and can be foud here: redirect.season-of-mist.com
To pre-save the album, click here: orcd.co/oak-disintegrate

Oak comment: “Before managing to free himself from the unbearable weight carried on his back for an eternity, this giant knelt down and surrendered his own body to be consumed by the sun.
Afterwards, there was only the cold that accompanied him on his passage to the immaterial world. This excerpt is about that passage and also aims at a transition from sound to image, so that this moment becomes as visual as it is audible.” 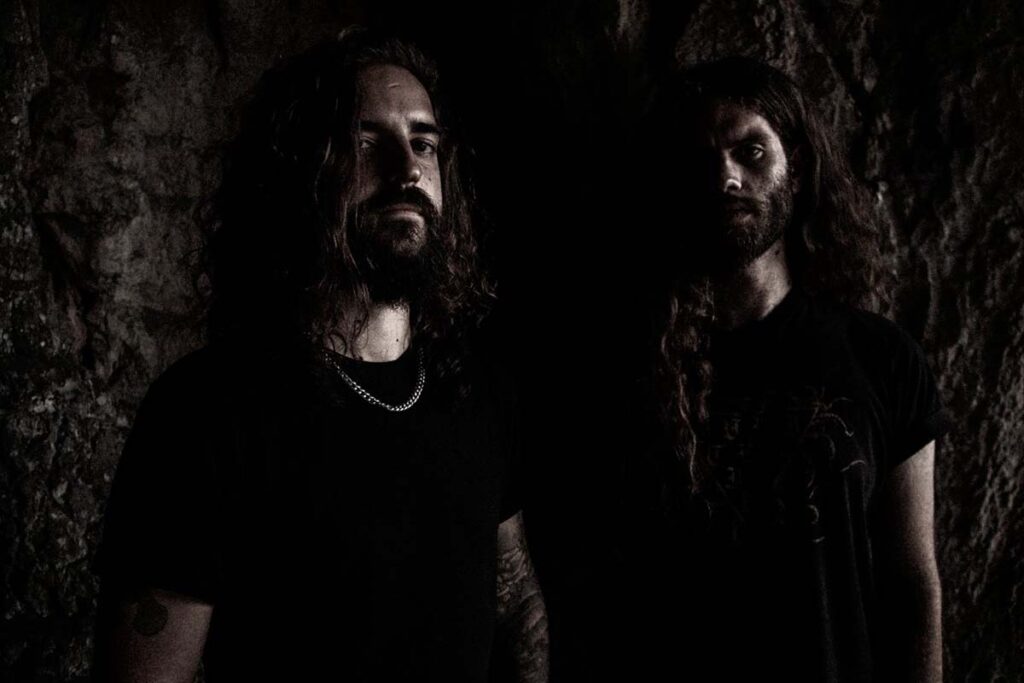 In the darkness of the earth, all the way up through the barren valleys of the Portuguese Mountains, a deep grunt slowly emerged. A rumble, the shaking of the ground, the approach of something dark, something new. Oak surfaces, grew, and unveiled its unearthed deep seeded roots. With the birth of their first full-length album »Lone« the band began to take shape and set the base to their existence, like roots breaking concrete. Ready to unleash their giant full-length album »Disintegrate«, this giant will never fall.

In this current landscape of deathdoom bands, Oak has crowned itself king with their signature sound of dragging earthy growls, deepening despair and atmospheric riffs. During the writing process of the »Unsettling Whispers« album of Gaerea, the drummer and guitarist found each other in writing more agony-filled riffs, dragging drums and deepen growls. The power of the duo was gargantuan from the start and never stopped since.

Once or twice a week Oak created the mood for some intimate and immersive sessions with almost no light and without premade riffs or compositions. Hours on end, the band explored and grew. The result was a very slow, drawn-out sound, with guitar lines that breathe and allow air between notes and chords, while the drums oscillate between minimalist beats, bursts of blast beat and double pedal. The voice comes from the depths and puts a huge emotional charge on the instrumental, narrating the feelings of a tired colossus that carries the weight of the world’s existence. It grows organically, almost intuitively. 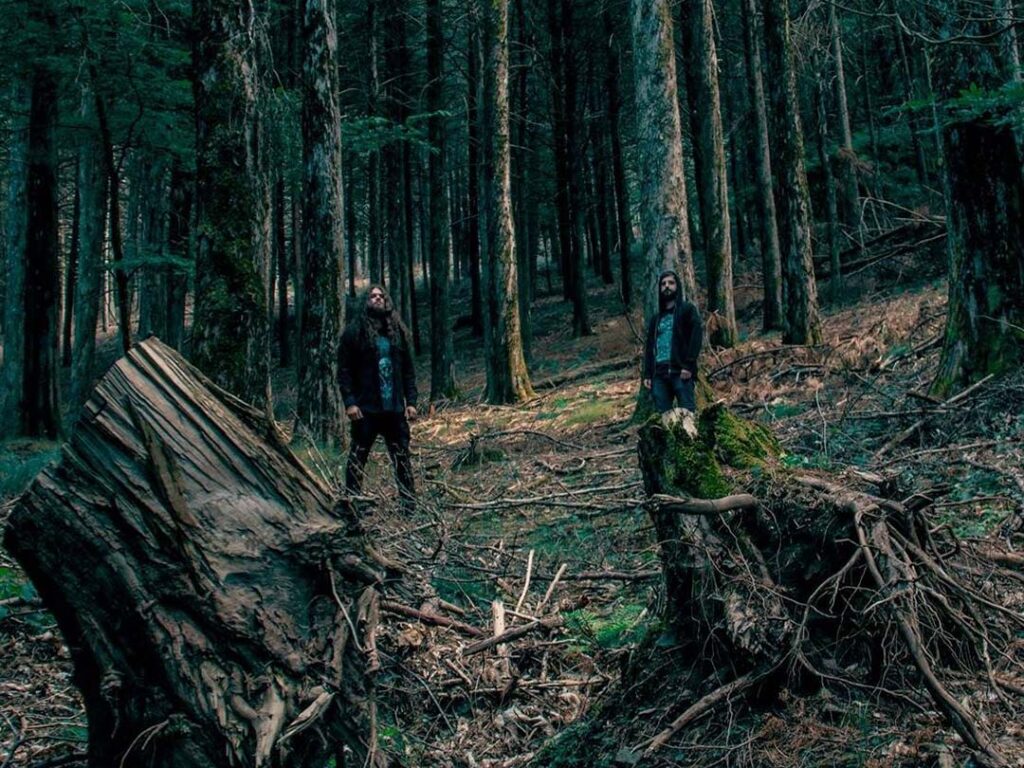 Oak is a band that allows them to explore a wider range of ideas without losing its identity. “We can have clean guitars, clean vocals, distortion, deep grunts, whispers, slow beats, blast beats, ghost notes and all this glues together nicely. We always wanted it to be a duo because of how fluid our jams have always been and this freedom we get when writing for Oak is really one thing that drives us.”

The story to »Disintegrate« is as aptly as it’s music. The burden and liberation of the Giant, through music and lyrics. “Suddenly, a giant could be heard walking slowly with the weight of the world on his back.” This new narrative is about the liberation of the giant, which after the end of its cycle, will melt under the sun, while its soul leaves its body and floats, glimpsing the present and remembering the past in a few moments. Carrying the weight of the world, is the perfect representation of Oak’s music; hurtful, meaningful, helplessness and unearthing. It’s not surprising the album was recorded as one long story that needed to be told without a single interruption.

Oak is a mysterious tree which keeps on growing, clawing their roots into the scorched earth while unleashing their giant »Disintegrate« on this earth via record label Season Of Mist.

“We continue our jam sessions and writing more and more. We will grow further with each release in the attempt of making our sound almost visible/cinematic.” We need to tell the story of this giant’s burden and liberation through our music and lyrics. We feel like there are much more to be told.”

Whether it is in the hurtful and pure dynamic of their album or the mesmerizing story, the giant of Oak has set foot on this earth and is here to stay.