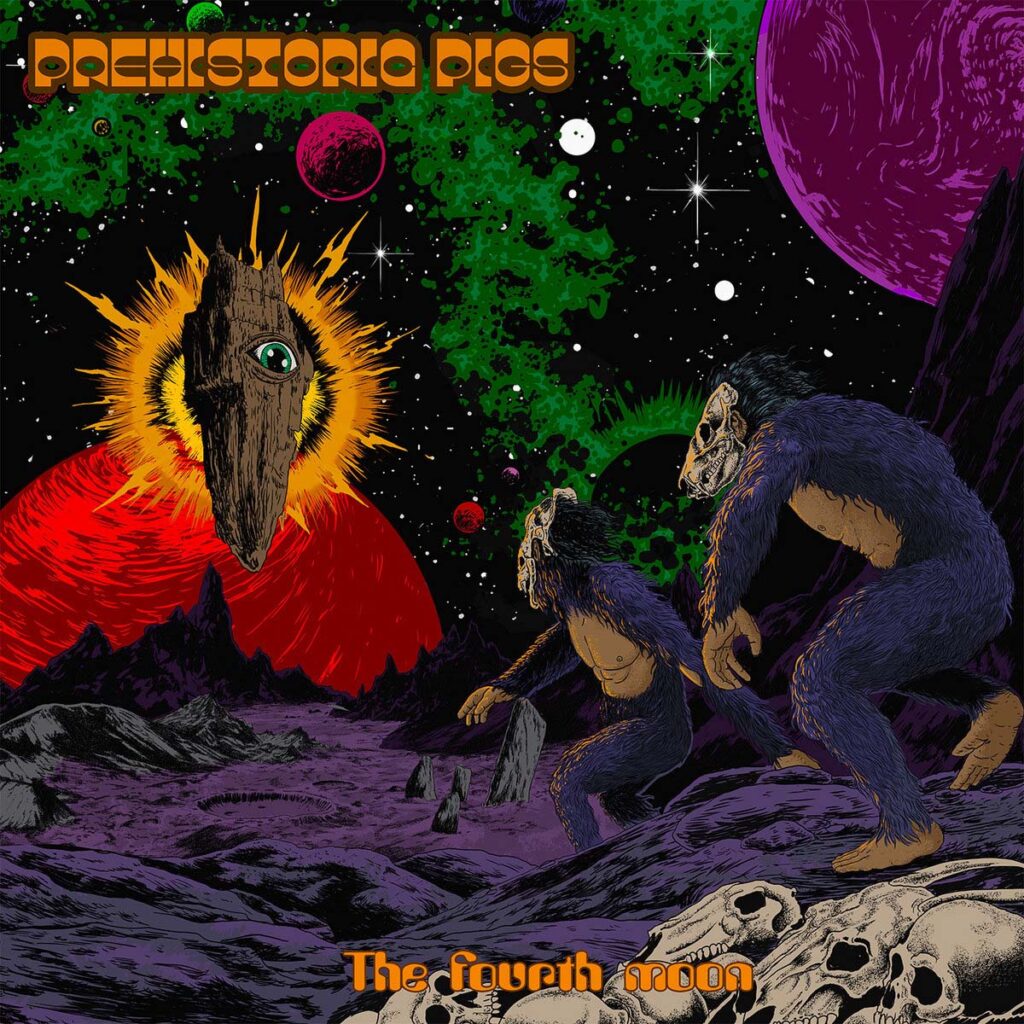 The fourth moon was a host of doomed. Eerie caravan of broken destinies, bone-faced ape men marching towards the end of the cosmos. The stone eye watches over the convoy and draws it towards the abyss. Eight stops before the hammer blow, the triple whistle, the last thunderbolt. Tired rats accompany the horde amidst atavistic screams and dangling limbs. Bent backs dig holes into new continents that don’t exist. The din of the universal flood heralds the coming of the 700 meteors of the apocalypse.

Prehistoric Pigs are a family business. Two brothers and a cousin found a brand new band on the ashes of a previous group, in Mortegliano (Northeast Italy) in 2012. The instrumental combo features Juri on guitar, Jacopo on bass and Mattia, the cousin, on drums. 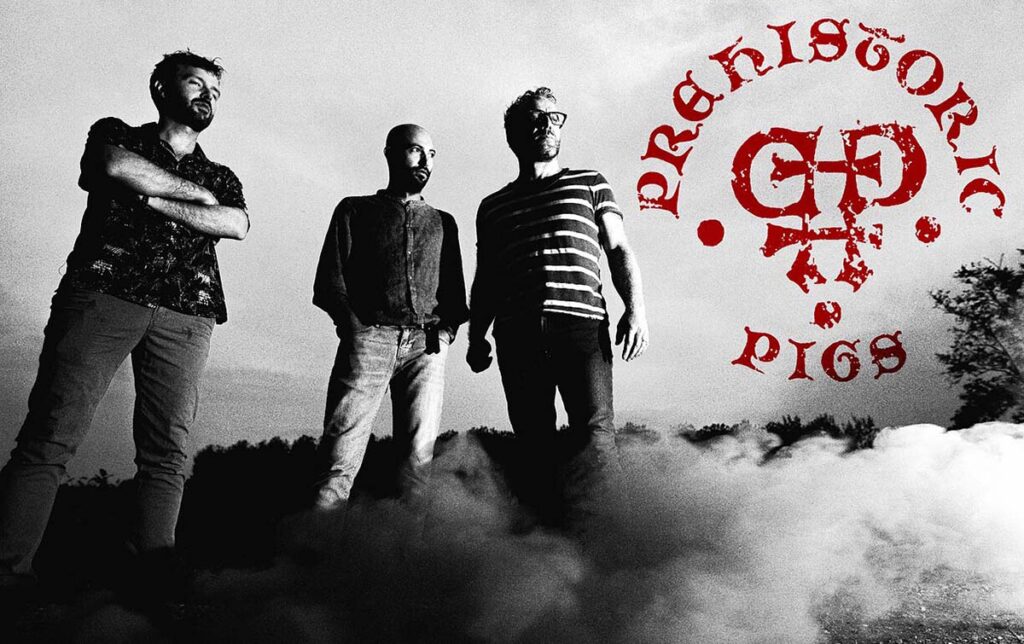 The same year they release their debut album »Wormhole Generator« for Moonlight Records. Once on tour, the band stops in Dublin where it plays with the Irish label mates Electric Taurus. To seal the friendship between the two bands, a 12″ vinyl split album is released in 2014 via Go Down Records. The eight-track sophomore studio album »Everything Is Good« is released in 2015 by The Smoking Goat Records. 2019 is the year of »Dai«, Prehistoric Pigs’ third full-length, this time completely self-produced.

During their ten-year activity, the Prehistoric Pigs play on many stages all over Italy and tour clubs and festivals across Europe, from Serbia to Ireland, from Hungary to Belgium. They perform at Born Wild Festival in Dresden (Germany), Tides Of Youth Festival in Krk (Croatia), Stonerhead Festival in Salzburg (Austria), Stonegg Psychedelic Festival in Bolzano (Italy), Navajo Calling Fest in Parma (Italy) and Pietra Sonica in Udine, their homeland.

The fourth album marks the return to rough and raw stoner rock, it’s called »The Fourth Moon« and is due out via Go Down Records on November 26th, 2021.