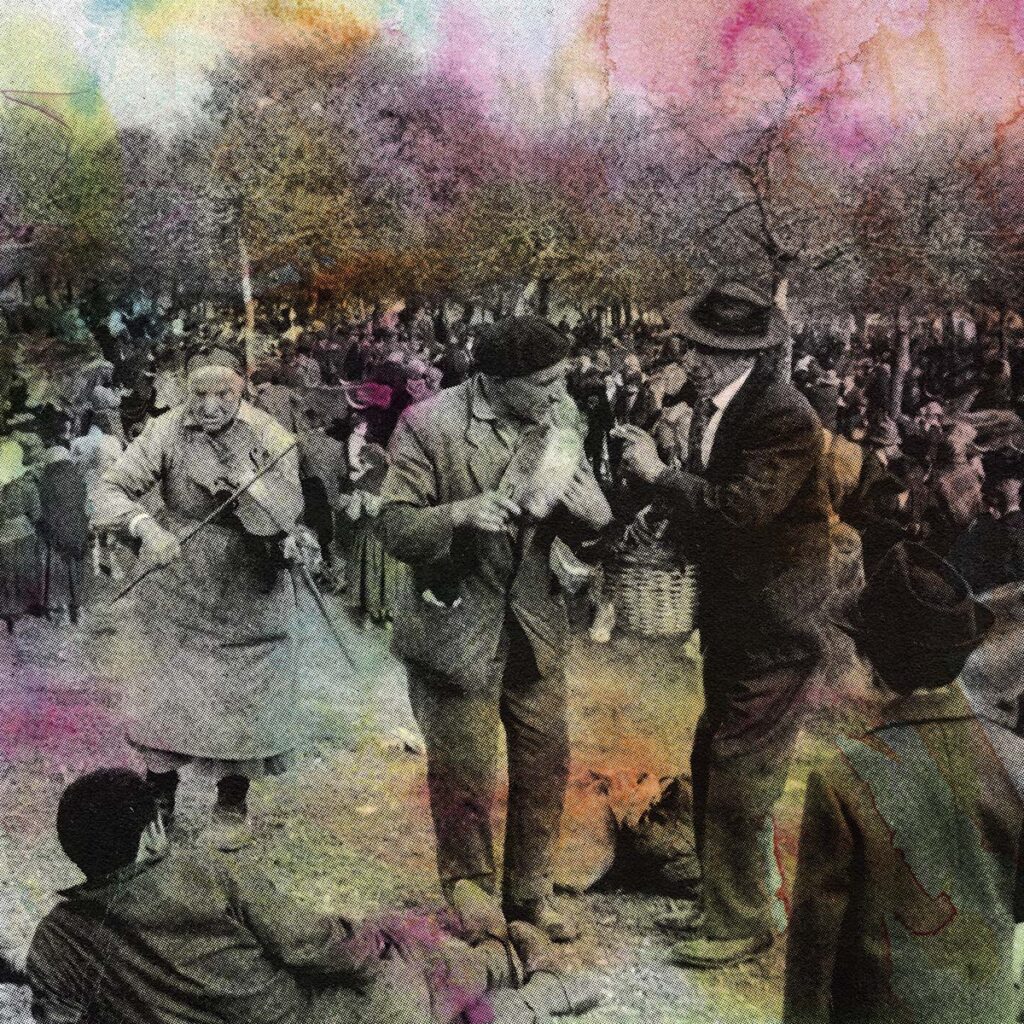 Spanish psych-prog rockers Moura premiere a music video for the first single »Baile do dentón« taken from their sophomore studio album, »Axexan, espreitan«, which will be released on May 27th, 2022 via Spinda Records.

»Axexan, espreitan« is a map of the intangible heritage of the Galician people in the North West coast of Spain drawn up based on personal experiences, popular traditions, collective rituals as a social element and the presence of the souls of those who are now gone. A peek into the subconscious that gives voice to that heritage which “contemplates and lurks” in silence, blurring the thin line between the world of the living and the world of the dead.

Two years after the release of their self-titled debut album and being featured with their stand-alone single »Muiñeira da Maruxaina« on Spinda Records 12x 7″ compilation boxset »Grados. Minutos. Segundos.« in 2021, Spanish psych-prog rockers Moura are back with their long-awaited second studio album in which they go even deeper into Galician tradition, both lyrically and instrumentally. »Axexan, espreitan« is scheduled to be released on May 27, 2022 via Spinda Records, although from March 11 a first single titled »Baile do dentón« can be played. This song, which goes halfway between neo-psychedelia and kraut-rock, tells the history of the trade with ergot in Galicia (rye fungus from which LSD was synthesized) and the delusions and hallucinations that it caused among the peasants when baking bread.

In »Axexan, espreitan«, the singer and percussionist Belém Tajes leaves the Irmandade Ártabra (currently made up of 8 collaborating musicians specialized in traditional Galician folklore) to form part of the nucleus of Moura together with Diego Veiga, Hugo Santeiro, Fernando Vilaboy, Luis Casanova and Pedro Alberte. 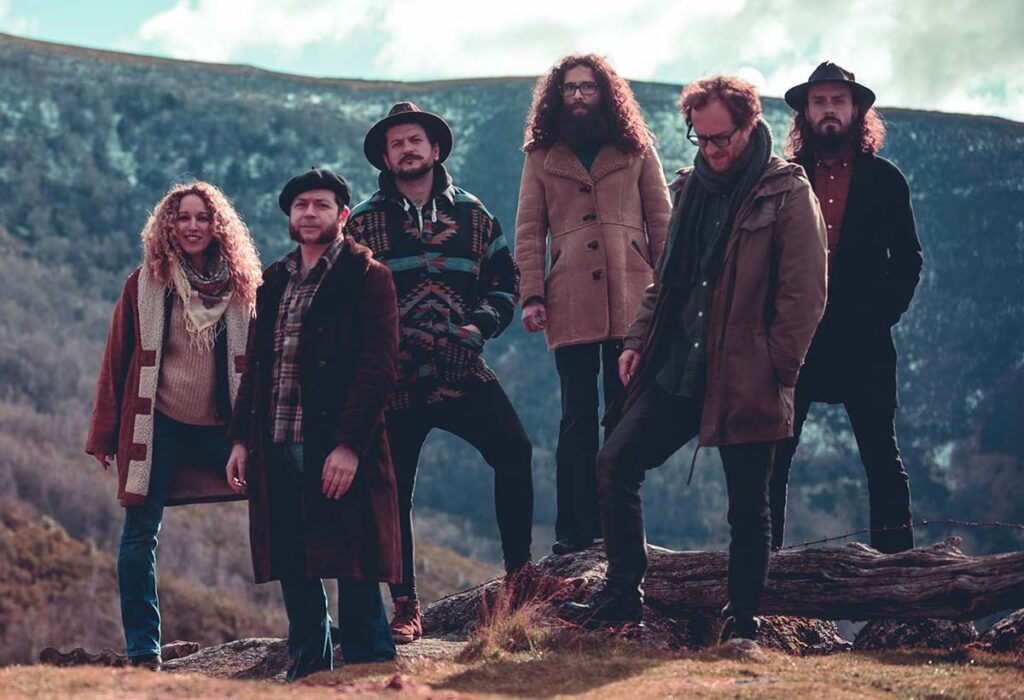 This new album was recorded during the summer of 2021 in a house on the outskirts of A Coruña (Spain) by J. Gutiérrez (who also worked on the production with the band itself); to later be mixed by the producer himself in Cangas (Pontevedra) in the fall of the same year and mastered by Álvaro Gallego at Agmastering.

In the visual section, the cover design is the work of Hugo Santeiro, based on images provided by the Museo do Pobo Galego; the photographs by Leo López; and the video of »Baile do dentón« by Pablo Soto Goluboff.

»Axexan, espreitan« will be released on May 27, 2022 through the Andalusian indie label Spinda Records as part of its »The Trippy Series« in digital, compact disc, cassette and in a triple vinyl edition limited to 400 hand-numbered copies in black, 250 on clear purple and 150 on marbled orange. Pre-order is now up and running at spindarecords.com and spindarecords.bandcamp.com. 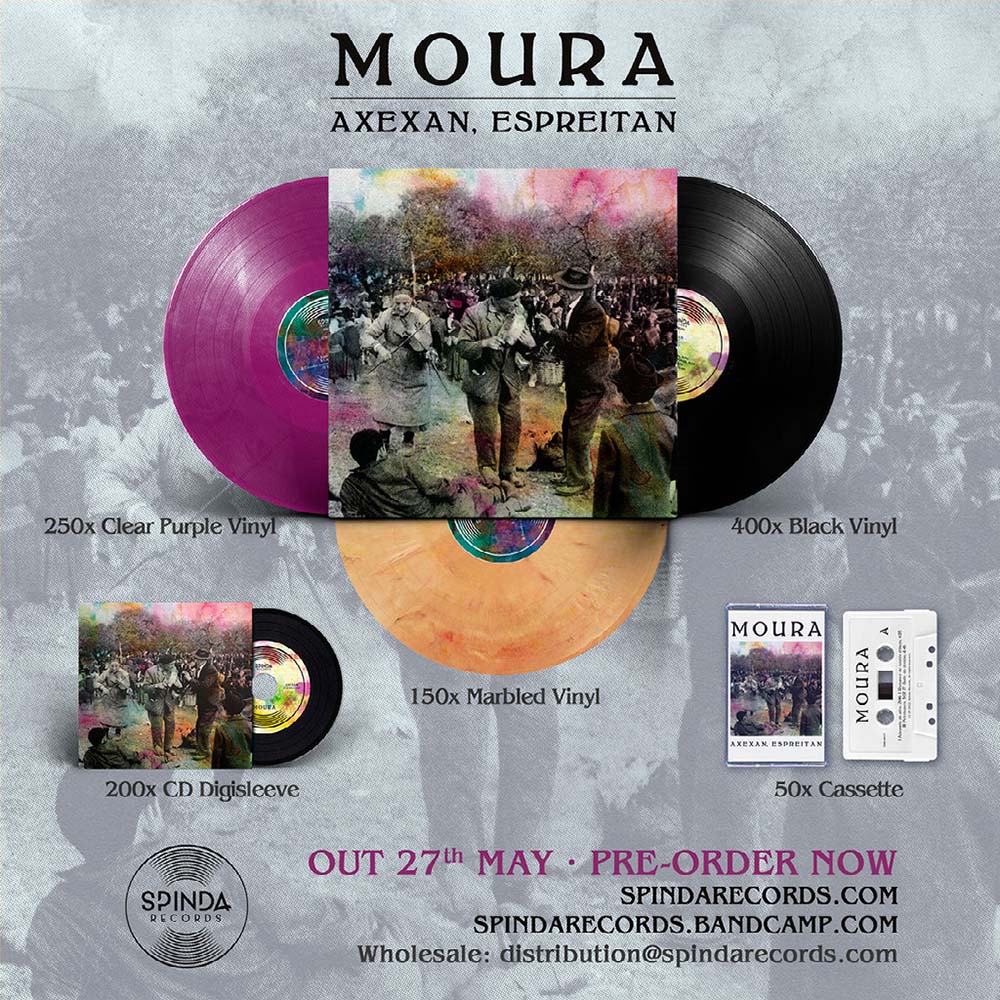