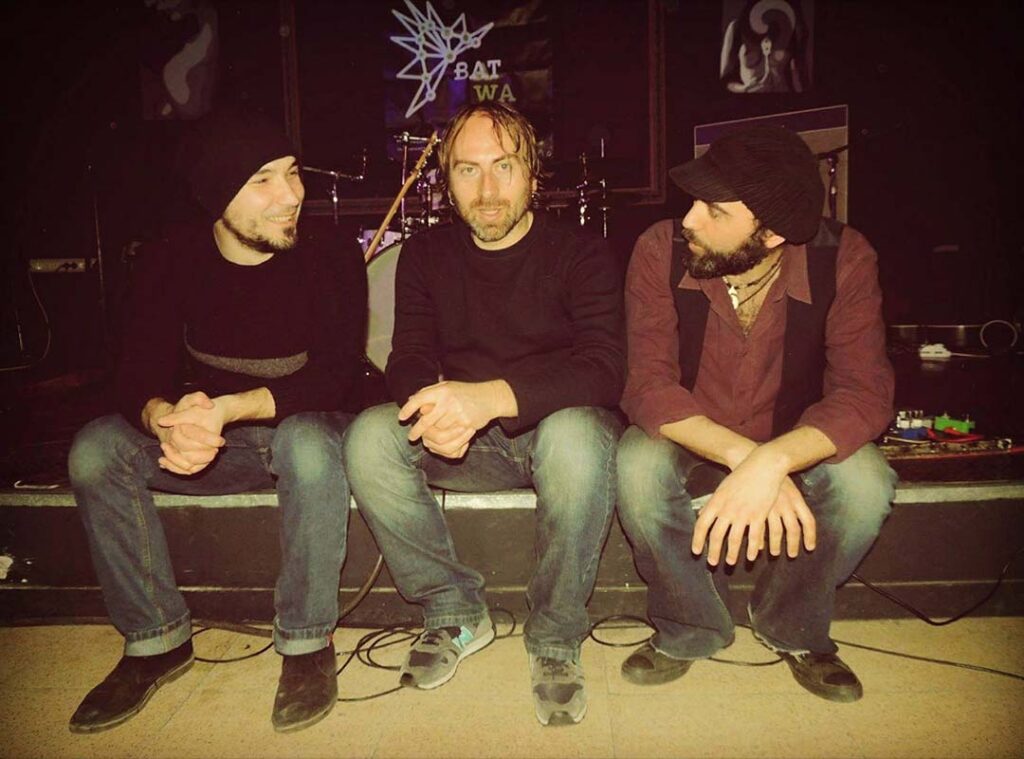 Italian ‬heavy blues rock trio Rainbow Bridge share a music video for the track »No More I’ll Be Back« from their latest studio album »Lama«.

The band comments: “»No More I’ll Be Back« is a 2018 song featured on our second album »Lama«. We always thought it was a perfect song for a short film. After some research we found on a public domain movies »The Great Train Robbery« which is a 1903 film written, produced and directed by Edwin S. Porter. It is considered a milestone in film production and is in effect the first western in history. We think it fits our song perfectly.

In the meantime, we have started a crowfounding campaign for the new album here sostieni.link/30583.”

Since 2017, three self-produced albums were released on Bandcamp with very positive feedback from press and critics even outside Italy.

A year ago we started thinking about our new record, we wanted to do something different, a kind of double album, like all our favorite bands have done.

A first part dedicated to songs, a second part to instrumental tracks and finally a long “concept” track that would have enclosed all the souls of the band.

During 2021 we recorded and published the first part, three songs also released as a video clip (collected here).

Now is the time to get the job done and this time we need your vital collaboration to make the product we have in mind.

Our intention is to tell you about the work in progress of the album: from the rehearsal room to the studio sessions, from the mixing to the graphics, up to the choice of the disc packaging.

We have created rewards for your offers, but you are free to donate as much as you want, we will be happy to thank you through our channels or in album credits.

We will keep you updated during the campaign.

Thanks to your support!”