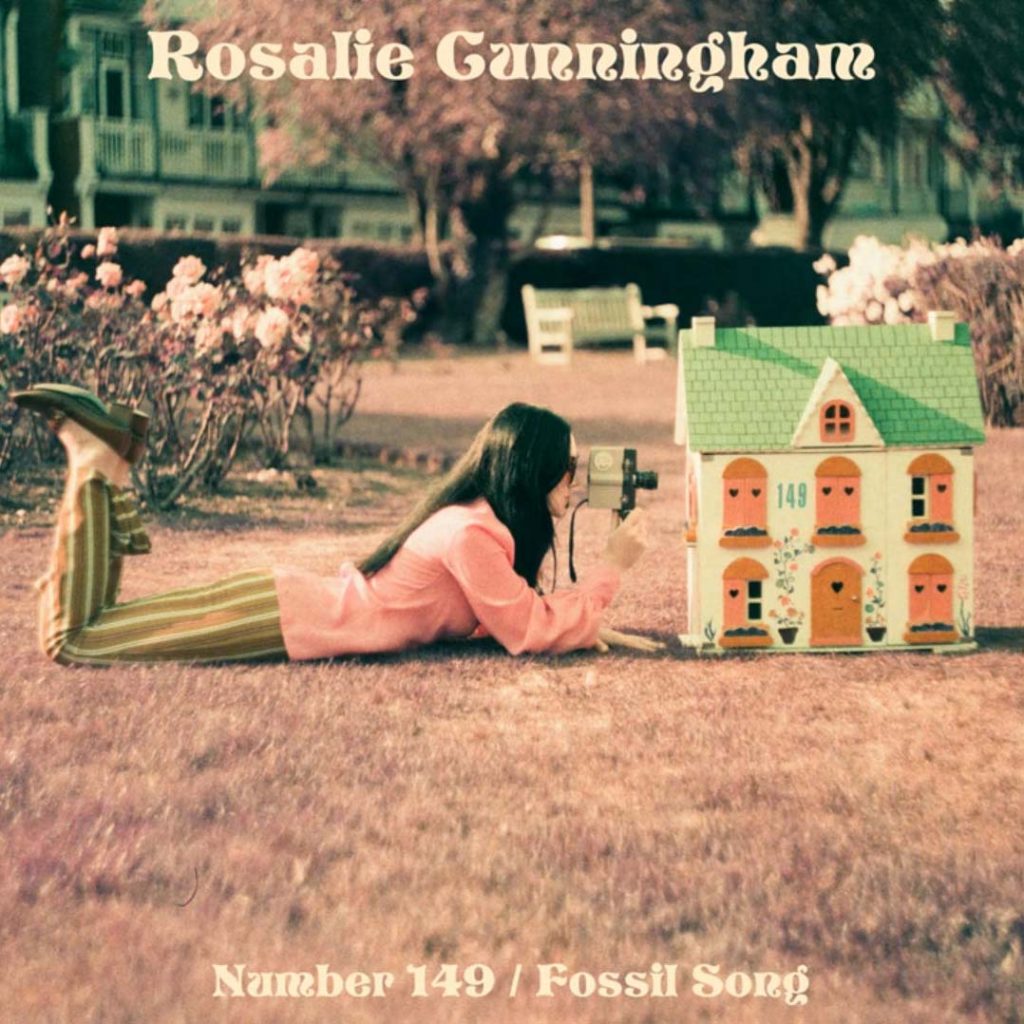 »Number 149« is now available for streaming and download on all major digital platforms.

Rosalie comments: “I’m thrilled to hear that some of you can’t wait for the new album. Due to obvious reasons and their accumulative consequences, it won’t be out as soon as I would like. It will be this year, but later…
This song was due to be on the album but I’ve decided it’s to be a standalone single now. That means more fresh stuff to hear when the record finally emerges! You also get the B side of this tomorrow on digital platforms which I hope you like too.”

Roaring out of the starting gate like a lost epic, »Number 149« is a classic slice of psyched-out Cunningham nostalgia, blending bombastic bass and drums with soaring Mello-strings and haunting vocals for a lush, cinematic texture. A compelling teaser from her forthcoming second solo album.

»Number 149« backed with the exclusive B-side »Fossil Song« is to be pressed to green ‘spinning tape reel’ effect vinyl in a limited edition run. All copies will be hand numbered and signed.