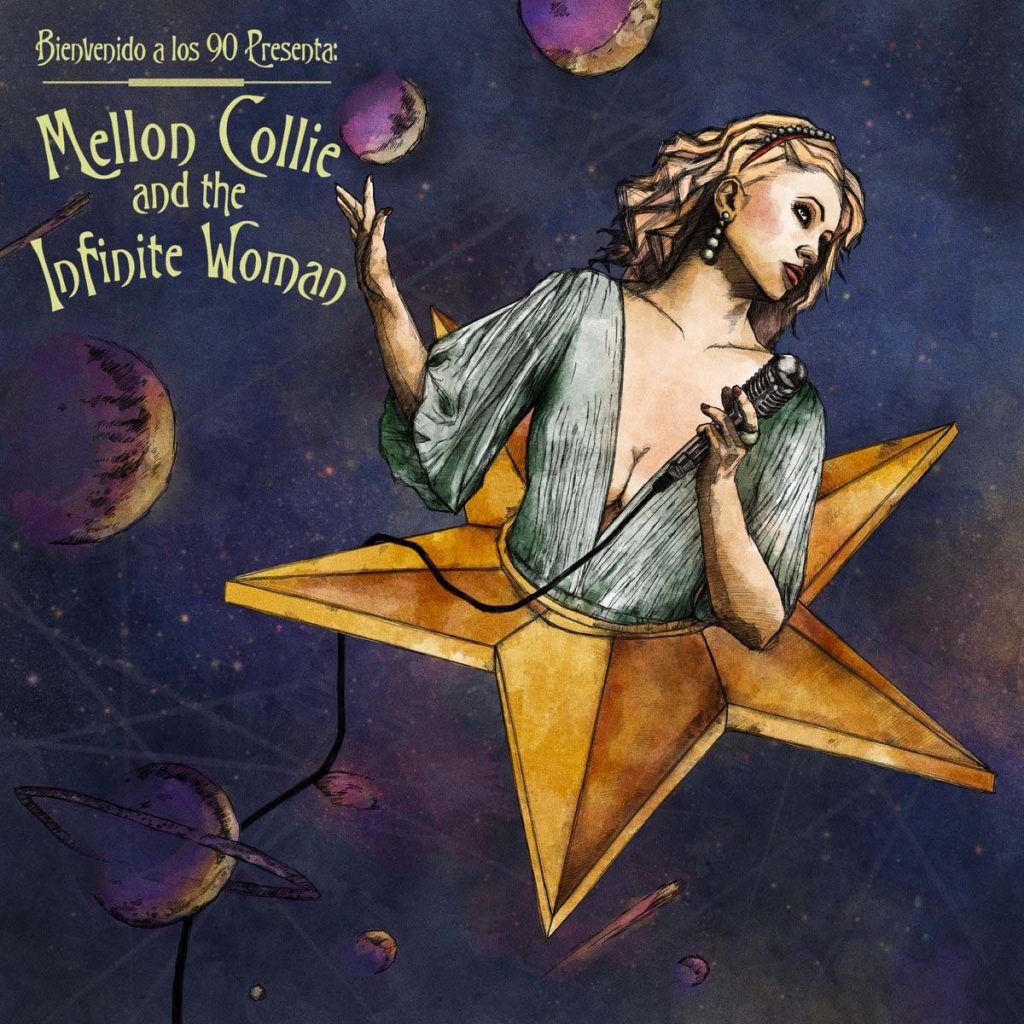 Spanish sludge/stoner/noise rock outfit Rosy Finch featuring Monty Peiró recently did a splendid cover of The Smashing Pumpkins’ song »Love« from their album »Mellon Collie & The Infinite Sadness« due to the 25th anniversary.

The song is included in a new tribute album »Mellon Collie & The Infinite Woman« by Bienvenido a los 90 podcast and offers some marvelous cover versions by other female musicians as well.

The band commented: “🌞 Yesterday was released our cover of »Love« from The Smashing Pumpkins album »Mellon Collie & The Infinite Sadness« due to the 25th anniversary.
.
🌝 We had the pleasure of recording the vocals and screams with our dear friend Monty Peiró and we can assure it’ll blow your mind. ☄️
.
🌜 This song is included in a new amazing tribute named »Mellon Collie & The Infinite Woman« and it’s made by fantastic female musicians.
.
🌛 We highly recommend listening to the whole album and would like to thank all people involved their work and effort and the bands for being breathtaking and unique. 🥀”

Rosy Finch is a sludge riot metal trio born in Spain in 2013 with an eclectic blend of the 90’s grrls and a lot of alternative rock influences. The band builds a world through noisy elements and atmospheric vocals, at times delirious and at others full of rage, combining both insidious and heavy riffs to perfection.

The rhythmic base members have changed during the recording of their last work »Scarlet«. Oscar Soler (Domo, Pyramidal) and Juanjo Ufarte (Grajo, The Dry Mouths) joined the band in 2019 on bass and drums. »Scarlet« was released on March 6th, 2020 via Lay Bare Recordings (Vinyl), Discos Macarras (Digipak/Digital) and Spinda Records (Cassette).

Their sound has completely transformed into a more visceral and aggressive live shows. The new formation has created a new heavy sound where singer and guitarist Mireia Porto finally seems to be in her element and succeeded in transmitting her darkest emotions.