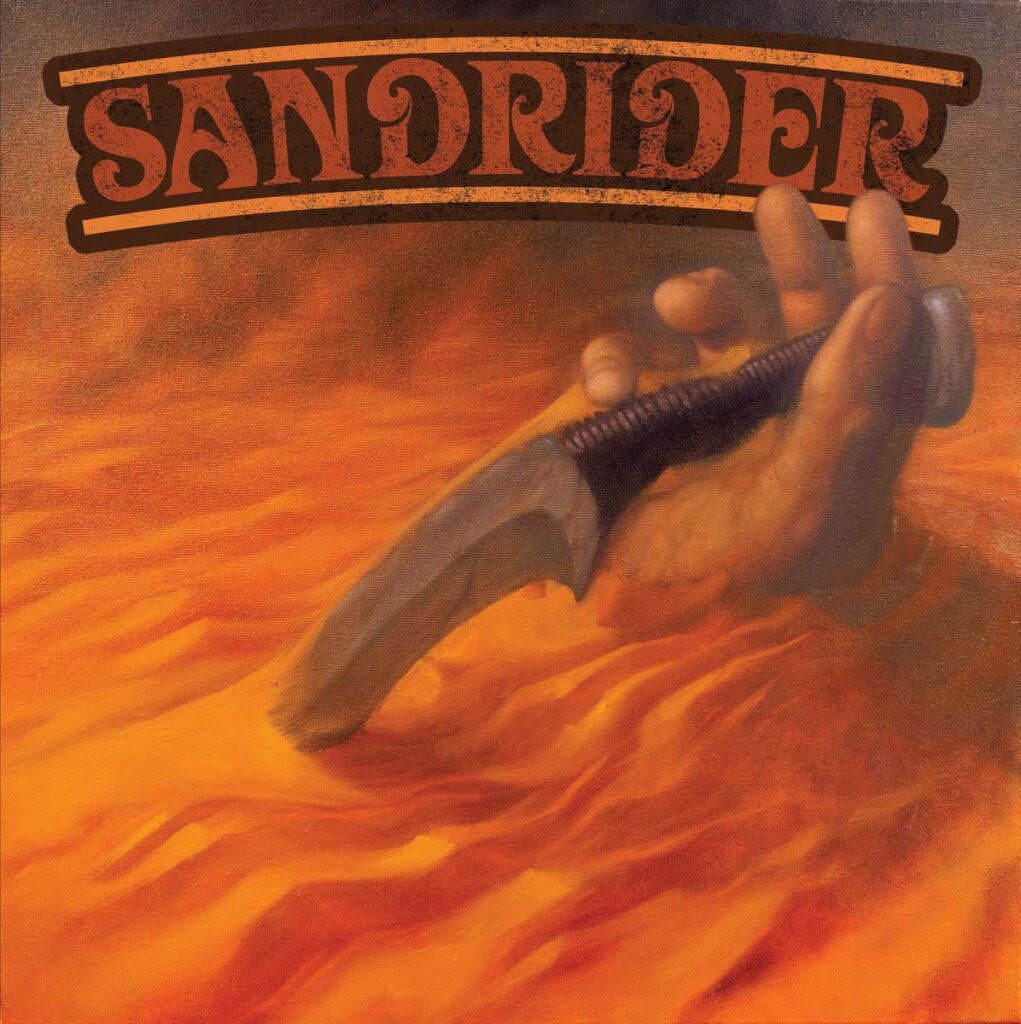 The limited vinyl reissue of the eponymous debut full-length from Seattle grunge trio Sandrider is out last Friday on Satanik Royalty Records.

Initially released in 2011 on Good To Die Records, »Sandrider« was recorded at The Red Room by Matt Bayles (Pearl Jam, Isis, Mono, The Sword) and is a “simmering, brooding masterpiece that gives way throughout to massive eruptions of oozing fire and fury” (The Sleeping Shaman). While they drop the name of influences such as Pacific Northwest icons Mudhoney and Soundgarden, as well as such indie favorites like The Jesus Lizard and Drive Like Jehu, Sandrider hits on a sound that is all their own. Wrote Exclaim accurately, “»Sandrider« is characterized by a sense of restraint and control, a powerful sound that’s carefully leashed. The tone is aggressive and muscular, but deployed very carefully, often pulled back or stripped down for effect. The thick, ropey guitar tone hints at sludge, but resists being weighed down. The riffs drive forward with a momentum that evokes a massive beast propelling itself through sand, forcing the desert to bend around it. »Sandrider« is vast, gripping the listener, and intellectual without over-thinking. This is an extremely promising debut form a powerful new project.”

»Sandrider« in out now on Red and Black and Classic Black vinyl. Order your copy HERE. 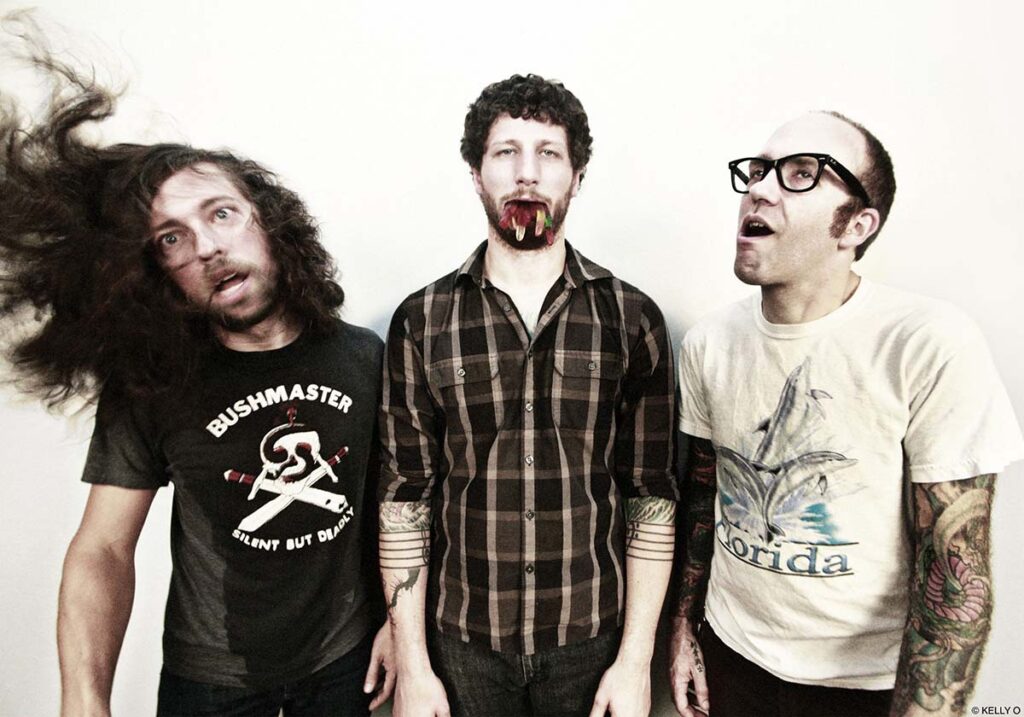 In the mythology that is Frank Herbert’s Dune books, a sandrider is a person who has managed to capture and ride one of the gigantic sandworms that live on the planet Arrakis. If you can imagine someone managing to wrangle a huge wriggling creature, you have some sense of the musical power that the Seattle hard rock titans Sandrider has managed to tame and keep control of.

That should come as no surprise to anyone who has followed the Seattle rock and metal scene, as Sandrider features three of the city’s most unstoppable forces: drummer Nat Damm and guitarist John Weisnewski of Akimbo, and bassist Jesse Roberts of The Ruby Doe.

Said Weisnewski, “I decided to start putting Sandrider together when I got an itch to start playing guitar in a band again. [Weisnewski played bass in Akimbo.] Originally it was just me and Nat playing around, but it didn’t really come together until we started talking to Jesse. I think we were bullshitting while he was tattooing me when I originally brought it up. He came down to our practice space and things clicked really well. After the first practice we were all pretty happy with how things were sounding.”

Things only improved from there. The band would be touted as one of the best bands in Seattle by alt-weekly The Stranger and quickly found themselves sharing the stage with other Pacific Northwest rock luminaries as Brothers Of The Sonic Cloth, Lesbian, and Helms Alee. Since then, Sandrider has released a total of three full-length albums and a split EP with Kinski with new music to be announced in the months to come.