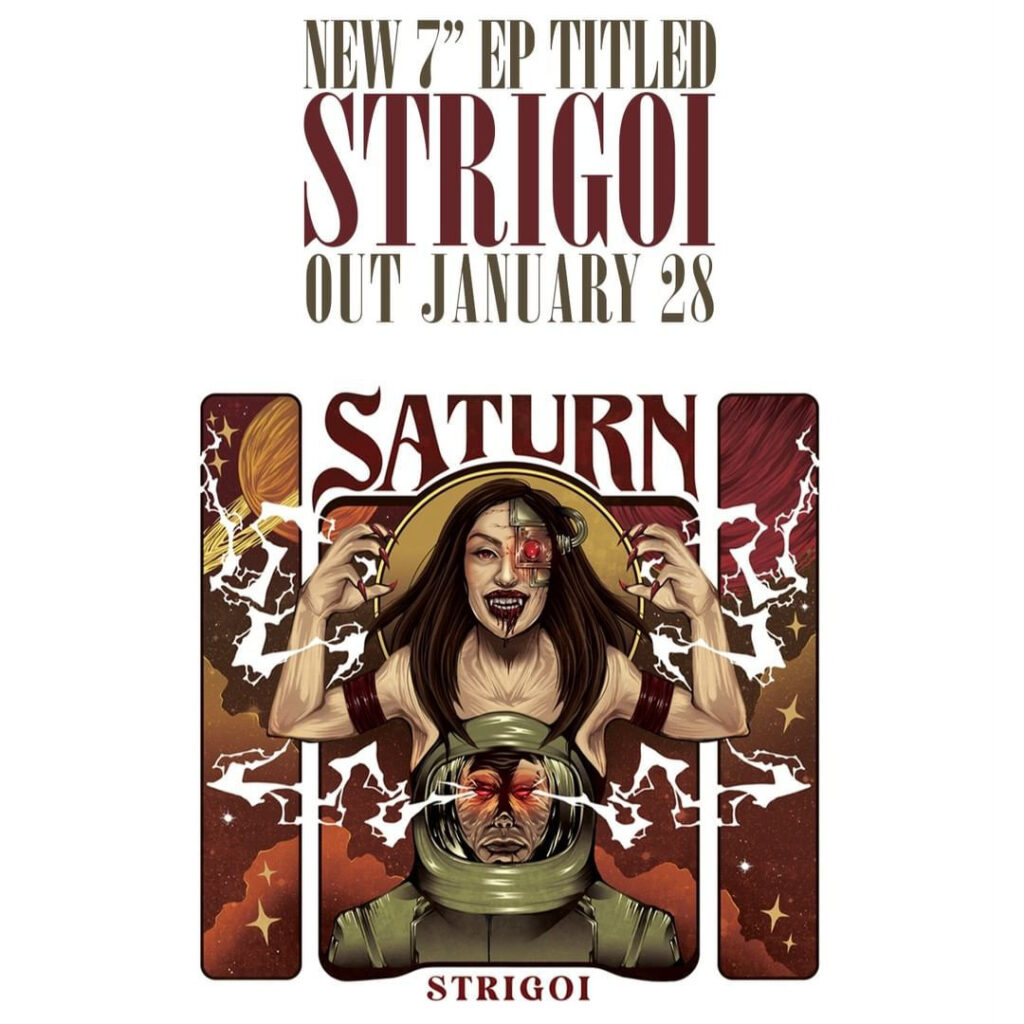 The band comments: “We are not dead, but Petre Toma is 🔥

On January 28th we are releasing our brand new 7” EP titled »Strigoi« on Ozium Records.
We are also in the process of writing a new full-length album which will be released on the some label once done.

We pressed 200 blood-red physical copies of »Strigoi« so get yours now. Get it at: linktr.ee/saturnsweden.”

Strigoi will also be available on all streaming platforms.

“Sweden’s Saturn are a hard rock and space metal quartet whose sound, while thoroughly contemporary, is drenched in influences including Black Sabbath, UFO, Rainbow, Ritchie Blackmore-era Deep Purple, early Judas Priest, and NWOBHM bands such as Tygers Of Pan Tang and Diamond Head. The band defines its own style as “heavy metal space rock.”

The quartet came together in 2011. Guitarist Robin Tidebrink and bassist Oscar Pehrson had been friends and musical partners since they were 15 in the Swedish city of Borås. When the former moved to Malmö, the bassist met and began jamming with guitarist Linkan Lindgren. Tidebrink moved back a year or so later, and they became a trio. They recruited a drummer in 2011 and began writing songs based on the vintage music they loved. They cut a couple of demos that tried to capture on tape what the bands they loved did live. As Tidebrink, Pehrson, and Lindgren became more serious about writing and playing shows, their first drummer lacked the commitment necessary, and he was replaced by Ted Carlsen. More songs were written, more demos were recorded, and things began to gel. They earned club gigs and opening slots for more well-known bands. They eventually earned enough money to cut a proper full-length. 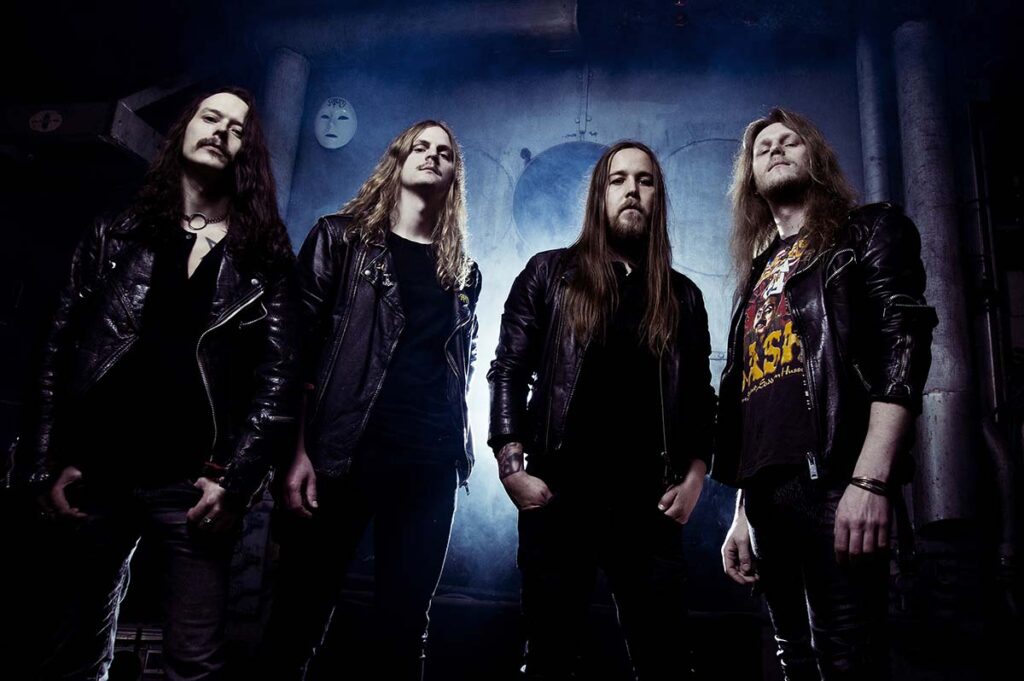 In the summer of 2013, they entered a proper studio and cut »Ascending: Live In Space«. All instruments except organ were captured live in the studio in single takes. Rise Above Records heard the finished self-produced album and issued it in 2014. The critical acclaim – even in the fickle metal press – was universal, enabling Saturn to tour Europe and the United States. Upon returning to Sweden, they immediately began writing new material in hopes of expanding their sonic template and discovering their own sound. The music became heavier and spacier, involving dark, more intricate psychedelic melodies and hypnotic grooves. Their self-produced sophomore release, »Beyond Spectra«, was issued in the spring of 2017.” – Thom Jurek