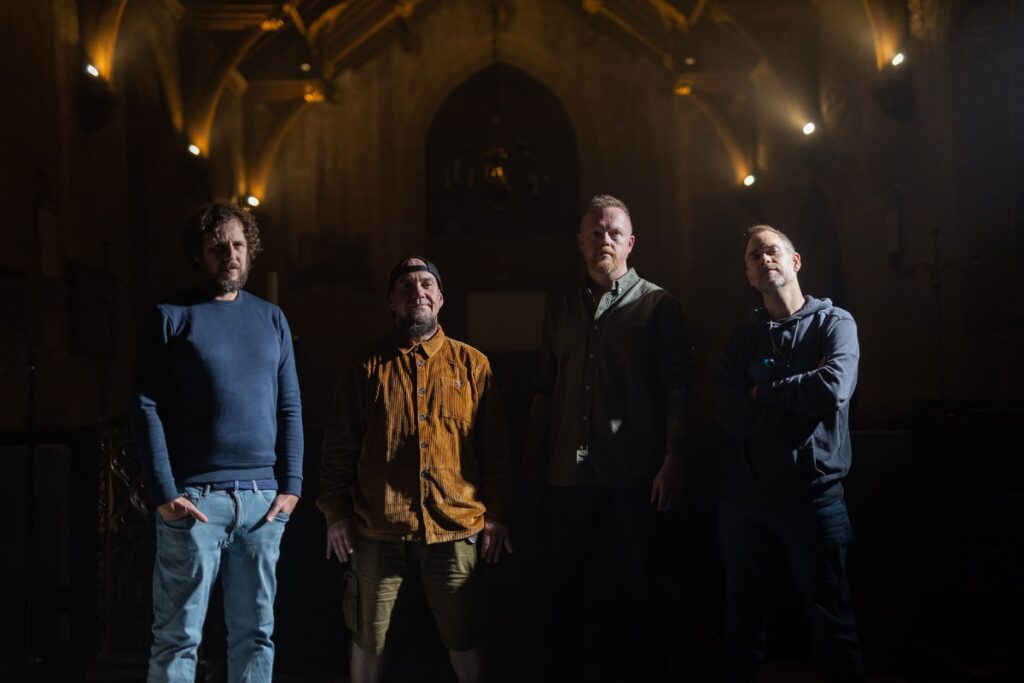 UK psychedelic groove rockers Sergeant Thunderhoof premiere a music video for the track »Absolute Blue« taken from their latest album, »This Sceptred Veil«, which was released on June 3rd, 2022 through Pale Wizard Records.

Says the band: “Our warm thanks to The Sleeping Shaman for premiering our new video for »Absolute Blue«. Consider this our version of a Christmas single! Let us know what you think.”

Recorded with Josh Gallop (Phoxjaw) at Stage 2 Studios in Bath and mastered by Tony Reed (Mos Generator), »This Sceptred Veil« sees the band explore darker and denser territory than their previous albums.

Speaking about the album, vocalist and lyricist Dan Flitcroft says, “I decided early on that I wanted to explore the rich history of our surrounding area in the South West of England, whilst incorporating the story of ‘The Sergeant’ which we have been cultivating since the very start of the band. Right from the debut record »Zigurat« I was keen to introduce the idea that the name of our band represented a mythical, time travelling figure which could help inspire new ideas and themes. When the Pandemic hit, it forced me and my family to make more use of our immediate environment, and we are so lucky in our part of the world to have such amazing history and sights on our doorstep. I researched many mythical, semi-factual stories regarding the ancient history of England (Avalon), amongst some fantastical tales revolving around the idea of the Biblical figure of Christ. 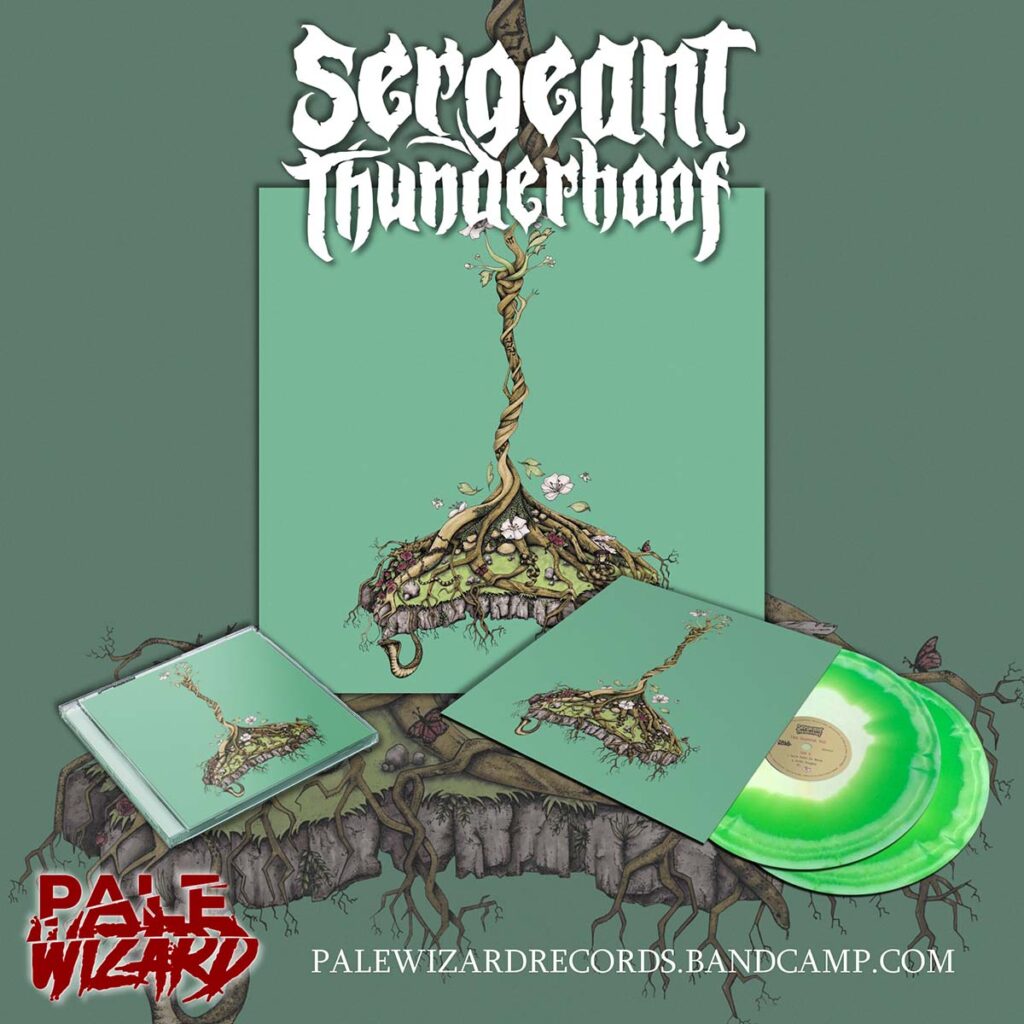 I’m particularly pleased with »This Sceptred Veil« as it feels, at least to me, like a rich and focussed body of work. The finale of »Avon & Avalon Parts 1 & 2« which close the album really capture the darkness, light, paranoia, fear and redemptive qualities of which we were all feeling throughout the pandemic. I always steer clear of politics or current events in our music as we like to keep everything in the world of The Hoof. However, listening back now, I can certainly hear a lot of the cynicism, sadness, hope and decay of my life at the time. I think the pandemic forced me to confront my own mortality and perceived failings. Now I am a Father, it occurred to me that my actions have profound consequences on those around me.”

»This Sceptred Veil« is available on 2LP, CD and digital here: sergeantthunderhoof.bandcamp.com/album/this-sceptred-veil